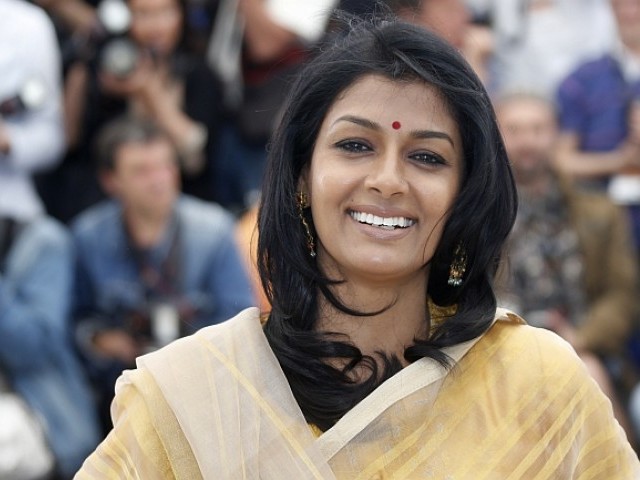 Nandita Das, member of the Jury Cinefondation, and heading the 'Dark is Beautiful' campaign. PHOTO: REUTERS

I recently came across an online movement called ‘Dark is Beautiful‘, a campaign that has drawn attention towards the unjust effects of skin colour discrimination in India. The campaign features famous Indian actress Nandita Das who has urged women to throw out their fairness creams and abandon the belief that dark skin is ugly.

I was quite surprised to find that Nandita is perhaps the only actress to have resolutely decided to keep her dusky skin tone, despite the demands of the ruthless entertainment industry where there is an explicit preference for light skinned actors.

The same stands true about Pakistani society – we are also obsessed with fair skin. Like many facets of our society which is built around hypocrisy, opulent display of wealth and a growing divide between the have’s and have not’s, there is also a clear disparity of ‘fair’ and ‘dark’ complexion of women. Racism runs deep in the subcontinent’s history, with its roots intertwined with caste and colonialism. It is no surprise that this finds expression in consumer and corporate advertising today.

We live in a country where a culture of preferring a son over a daughter is already prevalent. Daughters are neglected and are many a times not given the permission to make important decisions, choose a life partner or to receive proper education, which is their fundamental right. Women are often expected to give away their right on ancestral property to their brothers.

In such a society, women are brought up by internalising a notion within them, that the day they will get married, they will attain their freedom back. As long as they keep their husbands and the in-laws happy, everything that they were deprived of in their father’s house will be handed over to them at their new abode. The sooner they get married, the quicker their chance of having a good life will begin.

Therefore, a majority of women from the time of their puberty, start focusing on their colour and body image. Teen girls try to fit in by having the newest clothing, fairer and flawless skin, and perfect bodies, all the while trying to be cool and popular. They worry more about their appearance than their academic work. Therefore, the girls who are not able to keep up with this fashion begin to suffer from low self esteem and lack of confidence.

Many other women are put down by others; their social standing is degraded and sadly these women do not stand up for their rights or fight back. One in every four females aged between 11 and 17 is weighed down by the pressure to conform to an ‘ideal notion’ of how they should look, a survey suggests. Five per cent of girls say they hate the way they look, and a further 20 per cent say ‘there is a lot I would change’.

Negative comments about their appearance from others, especially their own mothers, contribute largely to the lack of confidence in these girls.

The results have been interpreted to suggest that the lack of confidence among young women will mean that thousands fail to achieve their professional potential.

For me, it is not just an issue of self confidence and self esteem alone. There’s more to it. I have personally come across many girls who have experienced adverse side-effects from the continual use of these fairness and bleach creams in order to find the ‘perfect rishta’ (marriage proposal).

Some of them have gone to greater lengths to lighten their skin colour, even resorting to the use of steroids. Most fairness creams contain mercury which can easily penetrate into the skin and reduce the amount of melanin, making the skin more vulnerable to UV rays by thinning it. This may lead to serious problems like skin cancer, muscle weakness, osteoporosis and in case of pregnant women, it can cause damage to the foetus and the nervous system.

However, despite warnings from experts and several reports highlighting the dangers of using products that contain harmful ingredients, the demand does not seem to be lessening and the credit for this goes to aggressive advertisement campaigns by the corporate sector. The media and clever marketers play a huge role in influencing young girls, by getting popular female media personalities to endorse their fairness brands. Most of these advertisement campaigns are designed to ‘hook’ gullible women into believing that happiness, success and romance are connected with having a fairer skin.

Hopefully things will change and get better. It is campaigns like ‘Dark is Beautiful’ which establish steps in the right direction. I believe we should have a similar campaign in Pakistan to stand up against such notions that generate discrimination based on skin colour. It should be supported by top models and actresses like Aamina Sheikh, Eraj, Sunita Marshall, Neha Ahmed – women who are gorgeous and comfortable in their skin. We need these influential celebrities to educate the masses and help change the way young girls perceive and embrace beauty.

It is obvious that we need to take some action and help young girls understand that looks don’t always matter. What matters is having a strong character, a resilient will and an undying force within yourself through your talents and abilities – the beauty inside you.

A Pakistani based in London. She is a HR professional with a keen interest in global politics, human rights, education, culture and society. She tweets @Terry_Atif (twitter.com/Terry_Atif)