Is the PTI tsunami over already? 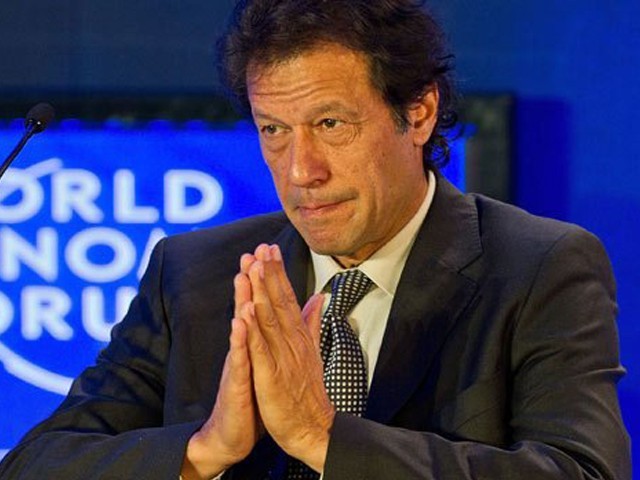 No one is saying the last general elections were all clean and pure but people find it difficult to believe the PTI’s rhetoric about the elections being rigged everywhere except KPK. PHOTO: AFP

“It’s just a blast, not the end of the world”

This statement, made by Khyber-Pakhtunkhwa ex-information minister Shaukat Yousafzai, on a suicide attack killing 16 people shows arrogance, ignorance and lack of experience to run a government in a stressful situation.

It isn’t surprising, thus, that Pakistan Tehreek-e-Insaf (PTI) lost badly in the biggest ever by-elections in Pakistani history. They lost both the seats vacated by its Chairman Imran Khan with Ghulam Ahmad Bilour emerging as victor of the seat NA-1 in Peshawar and Ubaidullah Khan Shadi Khel (PML-N) of NA-71 in Mianwali.

Tragic news indeed for PTI. So, how exactly did they lose?

Imran Khan locked horns with Maulana Fazlur Rehman in hopes of taking the space of the broken MMA in the general election, betting on support from the Jamaat-e-Islami and undeclared support from the TTP.

This was a gross miscalculation on his behalf, as being a right wing party this wasn’t the best strategy. Maulana used demagoguery (emotion) in reaction and won many over with this tactic.

This left the space open for a secular party like ANP to use the Maulana’s reaction to win over the seats that the Maulana couldn’t!

‘Speaking’ with the enemy: The Taliban infatuation

Imran Khan stated many times that the harsh stance towards the Taliban is the only reason the people of KPK have been suffering and that his soft method of dialogue can work on these “monsters of death”.

This was another miscalculation, which threw all pro-Taliban argument out of the window when they, the Taliban, successfully carried out the DI Khan jail break, inhumanly decapitated Shia prisoners and committed other shameless atrocities.

The PTI government specifically asked the media not to use the word “condemnation” in their “we are concerned” press statement on the incident.

This did not resonate with people as PTI’s method of ‘speaking’ with the enemy clearly failed.

Broken promises: The farce of change in 90 days

Voters in KPK in specific and in Pakistan in general, were under the impression that the PTI had a proactive team ready, with their homework in hand, to come up with some radical changes in the system from day one. Imran Khan’s so-called “change in 90 days” jingle, however, became a joke when his team started using bitter old lines like, “it is worse than we expected”.

They didn’t deliver and the people made note.

Power to the Jamaat: Weakness to PTI

To hold power in KPK, Imran Khan had earlier presented Jamaat-e-Islami with the education ministry – a ministry in which Khan also planned to put the biggest chunk of his budget. To be able to teach their ideology to children has always remained a lifelong dream for the Jamaat.

Fortunately, the PTI later overturned this decision, but the damage was done.

PTI had alienated possible secular voters; what PTI may not have realised is that in its efforts to further please Jamaat-e-Islami, its liberal voters, who had severe reservations about Jamaat-e-Islami’s ideology, were left stunned and dejected. This caused ripples in the vote bank.

Sore losers: Blame it all on ‘rigging’

No serious analyst predicted more than 30 to 40 seats to go to the PTI for the national assembly in the general elections, but Imran Khan kept claiming an imminent white wash of his self-titled tsunami. Apparently, and not surprisingly, this never happened.

Now, the Pakistani voter has grown tired of listening to the “R” word (rigging) after every election.

Yes, no one is saying that the last general elections were all ‘clean and pure’ but people find it difficult to believe PTI’s rhetoric about the elections being rigged everywhere except KPK; this sore loser attitude did not sit well with voters.

It all boils down to indecisiveness

Quite visibly, the PTI leadership is indecisive about whether they should act as a strong, staunch, loud opposition in the national assembly, or as a model provincial government in KPK.

If PTI’s election campaigns were to be believed, they had portrayed themselves as visionaries and bearers of a national model for the country. Now, however, to tailor itself to a province that is underdeveloped, conservative and under constant attack from religious miscreants, is proving to be no easy feat.

Ostensibly, it’s not an easy road ahead for the PTI at all. ANP and Maulana Fazlur Rehman will make life hard for Chief Minister Pervez Khattak and his coalition government in KPK. At the centre, PTI will be facing experienced rivals like the PPP and PML-N and to make matters worse, the media will be scrutinising every single tongue slip, promise and slogan of ‘change’ as per the election campaign, to see if it matches PTI’s ‘before elections’ stance.

Many “career politicians” and “seasonal birds” will steer away from the PTI towards other “juicy” options. This can already be seen in the rise of organisational discipline issues in KPK, making it harder for the leadership to sort things out without compromising the adhesiveness of the party.

Having said as much, it is without a doubt that PTI’s inclusion to the Pakistani political sphere was a positive sign for the country. The fact that PTI was able to stir a sleeping country back to consciousness and make them start believing in dying concepts like democracy and parliamentary politics shows the change that has already taken place in our political history.

However, it is now time for PTI to recall its leadership to the drawing board, come up with a well agreed strategy and well thought modus operandi; they cannot skate by on rhetoric any longer because the people are looking, and as is proven by the results of the by-election, they don’t like what they are seeing.

A London based blogger who completed his MBA from Edinburgh Business School. He works for a Solicitors Company as an IT Strategist and tweets @AhsanRazaUK (twitter.com/AhsanRazaUK)