Making sense of the Musharraf indictment 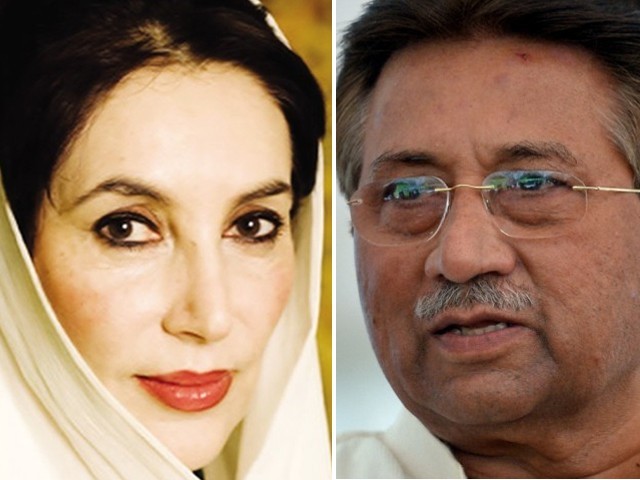 Is now the right moment to expend precious time and resources on legal proceedings for a fallen figure like Musharraf?

On Monday, Nawaz Sharif addressed the nation. He spoke of staggering challenges: a paralysed economy, a crippling energy crisis, the existential threat of terrorism.  The implication: there’s much to be done, with not a moment to lose.

The very next day, Pervez Musharraf was charged in connection with the assassination of Benazir Bhutto.

Is this unprecedented indictment of a former army chief a resounding victory for democracy in Pakistan? Absolutely.

But is it also an ill-timed move that smacks of revenge politics? Certainly. What else to make of the fact that the leader of a cash-starved, energy-deprived, militancy-choked, flood-ravaged nation has chosen this moment to pursue the man who overthrew him from power nearly 15 years ago?

Now to the heart of the matter: is there enough evidence for a conviction?

Let’s start with what we know—which is not much.

For years, Pakistan has contended that the Pakistani Taliban carried out the attack that killed Bhutto. This may well be true. Baitullah Mehsud allegedly threatened to welcome Bhutto back to Pakistan with droves of suicide bombers. Suspects in Bhutto’s killing confessed that Mehsud provided them with money for the operation. And then there’s the purported phone conversation between Mehsud and an unidentified mullah, released by the Pakistani government just after the assassination.

“It was a spectacular job,” Mehsud gushed to the mullah.

“These were very brave boys who killed her.”

Yet if non-state militants pulled the trigger, was someone else pulling the strings behind the opaque curtain of the state?

It’s quite possible. But there’s little reason to think it was Musharraf himself.

Certainly the former strongman is no angel. One could easily argue he didn’t provide sufficient security to Bhutto, someone he regarded with great disdain. Pakistan’s former ambassador to Washington, Husain Haqqani, claims that Musharraf warned Bhutto that “I’ll only protect you if you are nice to me.” Bhutto herself famously sent an email to CNN’s Wolf Blitzer in which she said that, were she to be killed, she wanted Musharraf held responsible.

This is unsettling stuff. But it doesn’t prove culpability.

Now consider the 2010 UN investigation of the Bhutto assassination, which is once again in the news with the recent publication of a Foreign Affairs article by lead investigator Heraldo Munoz. The attack was executed by the TTP, Munoz writes, and “possibly backed or at least encouraged by elements of the establishment.” One of his most striking conclusions: Pakistan “deliberately botched” its official investigation. Among other transgressions, the Army allegedly ordered a Rawalpindi police official to hose down the murder site.

An essay by Owen Bennett-Jones, published late last year in London Review of Books, raises more troubling questions about possible state complicity. After an unsuccessful attempt on Bhutto’s life in October 2007, an official report on that attack contained (for unexplained reasons) several newspaper articles quoting Bhutto. She said that if the US located Osama Bin Laden on Pakistani soil, she would “consider cooperating with Washington” to have him detained. She also said she “would be willing to hand over” AQ Khan to the IAEA for questioning.

Such declarations were likely not well-received by the security establishment. According to Bennett-Jones, they represent “possible motives for an attack” on Bhutto.

These considerations suggest that Musharraf may never see the inside of a prison, or even be convicted. The prospect of a Musharraf investigation and trial that brings out such incriminating material may well prompt an uneasy security establishment to order the legal process halted entirely. A grand bargain could conceivably be struck, with Musharraf spirited away to Saudi Arabia or Dubai. This would only happen, of course, if Musharraf (who has repeatedly vowed to fight all charges) is willing to go along with such a plan.

To be sure, this is all pure speculation. And let’s face it: the case has spawned conspiracy theories galore. Why, some ask, was Bhutto’s main bodyguard, standing just several feet from her as she delivered the speech that directly preceded her assassination, moving his fingers across his neck, nodding, and gesturing in Bhutto’s direction? Why, demand others, did Rehman Malik, a close Bhutto confidant, immediately leave the murder scene?

One of the more creative theories—proven false when Bin Laden was discovered alive in 2011—is that Bhutto was killed because she had said, in an interview with Al Jazeera just weeks before her assassination, that the militant Omar Sheikh had “murdered Osama Bin Laden” (she clearly misspoke.)

There are very few clear facts in this story. Yet here’s one: Pakistan is suffering through one of the most trying times in its history. So is now the right moment to expend precious time and resources on legal proceedings for a fallen figure like Musharraf?

Sharif may wish to answer this question in his next address to the nation.