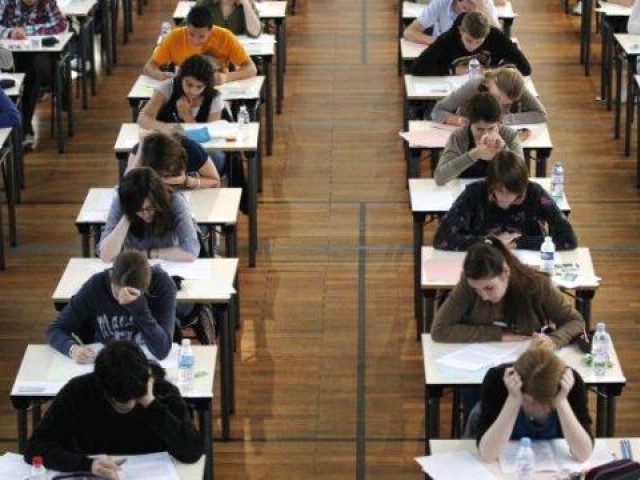 You are nothing but a machine programmed to write inexpressive grammatically-correct meaning-less life-less gibberish. PHOTO: REUTERS

I quite frankly am a literary snob. I have always considered my writing style to be objective, my arguments well-reasoned and my expression refined. That is, until a comment I got from one of The Express Tribune blogs teams’ rejection e-mails entirely took me off-guard. It said, and I quote,

“It reads like an essay and does not have enough personal touch.”

All my snobbishness went down the drain after reading this. Something like an ego-deflation process seemed under-way because, try as I might, I could not argue with the accuracy of this brief direct, slightly cruel, analysis.

At first, I was incredulous.

How could something that “reads like an essay” and does not have “enough personal touch” be bad?

Wasn’t that the way I was taught to write? …and then I realised the problem.

This wasn’t the correct or the refined way to write, this was the way I was taught to write. For the first time it dawned on me. What if all those fancy examination systems I went through had actually ruined my expression instead of refining it?

The local Matriculation system aside, people seem to attach a lot of importance to things like the O’ Levels and the SATs. It is generally assumed that these examinations teach people how to think for themselves and be creative.

You know what I think?

I think they enslave us!

Most of the products of these systems (including yours truly) aren’t humans, no, they’re machines, and incredibly dumb machines at that. The entire education system is one big factory that takes in humans, processes them and throws out machines, smart enough to do monotonous day-jobs, way too stupid to think for themselves!

I was pretty proud of the A I got in my English Language O’ Level (I didn’t take English in my A Levels), and the 10/12 I got in my SAT. In retrospect, here’s how I got these apparently ‘awesome’ grades. I was subjected to years of mind-less dog-training in which I was taught how to dumb myself down, stop my mind from carrying out the dangerous process of independent thinking and was force-fed a time-tested writing style a.k.a. the correct way and authentic way of writing English.

Text-books encouraged me to replace the pronoun “I” with the more objective ‘one’.  So instead of ‘I like rainbows’ I was taught to change it to ‘One finds rainbows delightful’. Phrases like “I think” and “My friends and I think” were replaced by objective nonsense like “It is widely believed” and “It is universally accepted”. Sure, all these fancy self-imposed constraints taught me how write like a professional, but they didn’t let me write like… me!

This flaw isn’t limited to English writing, either. It pokes its ugly head in almost every subject offered in Pakistani high-schools. I remember once being asked a seemingly open-ended question in a Pakistan Studies exam:

“What is your opinion on the Two-Nation Theory?”, so I gave my opinion.

Need-less to say, I failed. It was only later that I realised that despite the statement of the question, my teacher wasn’t really asking for my opinion. Oh no, what he really wanted was a rote-learned answer that mindlessly conveyed the opinion of the author of my text-book.

The problem with this is that it creates an aura of mediocrity in society. Sure, we have good surgeons, good anaesthetists, good technicians… but how many innovators have we produced? How many inventors, entrepreneurs, Nobel laureates? Almost none!

Our education system removes an individual’s capacity to think out of the box. In doing so, it makes sure our country never takes advantage of its true potential.

Compare this to the Japanese education system. In Japan, after freshman year at high-school students no longer follow a preset curriculum. Instead their abilities are evaluated and their curriculum is individualised, assigning them courses they are good at. According to TIMSS (Trends in International Mathematics and Science Study), the Japanese education system is one of the best in the world (yes, even better than the British and the American systems). It has produced 19 Nobel Laureates and has the fourth highest research output in the world.

I remember Mark Twain, one of the few humans in history who survived the education system without getting dehumanised, once said,

“Education consists mainly of what we have unlearned.”

And in another instance,

And that is exactly my point. The education system, no matter how anglicised, no matter how elite, tends to convert one into a machine. Don’t let it do that to you. You are a human, you (and your writing) might have flaws, it might not be well-reasoned or objective, but that is exactly what makes it your writing. If you abandon it completely, you are nothing but a machine programmed to write inexpressive grammatically-correct meaning-less life-less gibberish.

Currently preparing for his A Levels. He is fond of Mathematics, Blogging, Computer Programming and Writing. Liberal, leftist and a big fan of Mark Twain and Jules Verne. He tweets @Inter_Hacker twitter.com/Inter_Hacker