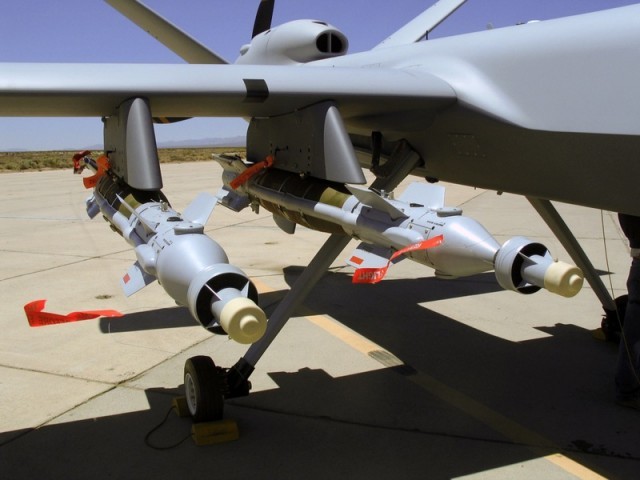 Drone attacks by America now occur in Pakistan on a regular basis.

Having lived in the US for the majority of my adult life, I have seen the numerous positive aspects of American society that are missing in Pakistani society. Their support for ‘freedom of speech’ and their judicial system are precedents that I hope are followed in Pakistan someday.

That being said, America has also set some dangerous precedents by its actions and inactions in the recent past.  It is these precedents that undermine their efforts in Pakistan and make Pakistani’s even view their goodwill efforts with skepticism. If America wishes to improve its relationships with the Pakistani people, it must address and reflect upon these negative precedents that they have set.

Precedent one: America can go to war against another state without any substantiated evidence or reason.

The first precedent is well established, but does not get as much coverage as it deserves. After the events of 9/11, the world sympathised with America and no one begrudged them for invading Afghanistan, which was blatantly providing shelter to al Qaeda. However, the American government then decided to spread the war into Iraq, on the basis of the Iraqi government having weapons of mass destruction and having links to al Qaeda. Both of these claims turned out to be untrue and it cannot be emphasized enough that the US went to war with another country based on unsubstantiated facts.

Precedent two: only friends of America and America itself are allowed to retaliate by using disproportionate force

In August 2008, during the Russia-Georgia confrontation, the US government lambasted the Russian government for retaliating to Georgia’s aggression with disproportionate force.

However, when we compare this situation with what transpired in Israel and Palestine just a few months later in December 2008, the US policy appears to be inconsistent.

Israel bombarded the Gaza Strip with the stated aim of stopping the rocket attacks from and arms smuggling into the Gaza Strip. During this three week war the Israeli army killed hundreds of innocent Palestinians using disproportionate force against a guerilla group and destroying civilian infrastructure in the process. And during this time there was not one voice of condemnation from the US government. The US government, which had so vehemently chastised Russia for disproportionately retaliating to the blatant aggression of Georgia, did not say a peep to the Israeli government. Recently, the US’s tacit approval of Israel’s actions against Palestinians was reaffirmed by their apathetic response to the flotilla incident, in which nine activists were killed by Israeli forces.

Precedent three: the American government can invade an ally country, execute a perceived criminal without a hearing , and incur as many civilians causalities as it deems necessary, as long as it is in the interest of national security.

Drone attacks by America now occur in Pakistan on a regular basis. America has established drones as a method of eliminating “high value targets” who could prove to be a threat to American national security. It however ignores the fact that during the drone attacks they are invading the sovereignty of an ally nation and violating international laws. These drones act as judge, jury and executioner in a land where America has no legal jurisdiction. This situation is further exacerbated by the fact that any civilians who are killed during this operation are just considered an unfortunate event and an acceptable cost. In addition, the actual number of civilian causalities has been withheld, as is evident from the information revealed on Wikileaks. Even though Americans have gone through the pain of losing civilian lives, they have failed to empathized with the pain of Afghans, Pakistanis or Iraqis.

Even though most of these policies and actions were initiated during the period of Bush’s regime, Obama’s administration has not taken a markedly different stance in the region. The surge was ordered in Afghanistan and Iraq. Israel has not been reprimanded for any of their human rights violations and innocent people have been killed in drone attacks in Pakistan on a regular basis.