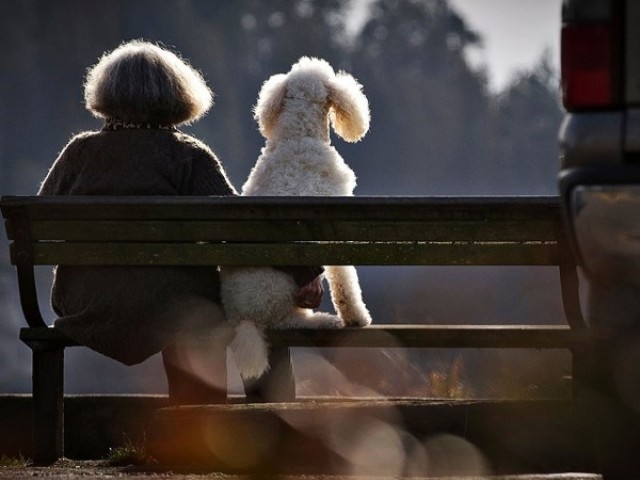 Sitting thoughtfully, he smiled for no obvious reason. Or perhaps his thoughts had wandered off, from the hardships of the past few weeks since he had lost his job to the call he had received this very morning. Taking his cell phone out, which he kept like a prized commodity, he looked at it with a constant yet distracted gaze. He had listened through it with intent when Abdul Kareem, an old friend of his, briefed him about a domestic servant’s job, for which he was to come meet Ms Fehmida.

There was hope for him at last. He would finally be able to provide for his family, and his starved son, Rasheed, would no longer look like a veritable stick. Instead his belly would start protruding.

Kamoo, as he was commonly known, chuckled at the thought.

Early next morning, whilst it was still dark, he took out his white cotton Shalwar Kameez that he had reserved for Eid(s) and weddings, and donned it. There was a certain magic to the cleanliness of the dress. Perhaps it was the whiteness of it, associated always with aristocracy, that was playing its part but for whatever reason, his gait was more confident than usual. He was desperate for a job but he wouldn’t let it be known, lest his bargaining power be weakened and he gets offered a lower wage.

Fehmida, a spinster in her late 40’s, was a socialite of eminence. Having once been rejected by her lover, she had vowed never to marry and with her utmost conviction, had stuck to the vow. When she was not out partying, she would spend much of her day with her beloved golden retriever, Toby, to lessen the burdens of loneliness. Strangely, humans find solace in the most unlikely of places and such was the case with Fehmida. All her bitterness and want to be loved would fade away when she was in the company of Toby. It was this beast with four paws that was her only immediate family.

Briefly describing the requirements of the job, Fehmida’s butler instructed Kamoo that he would have to pedal to the grocers, assist with the household chores and, before he leaves for his house, take Toby out for his ritualistic daily walks. The wage, even though less, was enough to make ends meet. Kamoo couldn’t object. He wasn’t in a position to do so.

Poverty and Time are the greatest of vices, Kamoo had come to realise. The former would slowly take away everything you ever were; your personality, your ego, and eventually your dignity. The other would cripple and twist you in the throes of fate until you cry out, and then twist a little more. He had made peace with these, for what other choice did he have? He may have given up had it been for him alone, but what of his ever grateful wife, and his son, who had merely seen seven springs of his life. Were it not for this Kamoo, who thought of dogs as being impure, would never have settled for such a lowly job. But principles and dignity are concepts alien to the impoverished.

Thus began the daily routine of Kamoo’s life, and despite his disliking for the job, he stayed undaunted and diligent. It was on the 25th day of his work that Kamoo’s son got ill. Having already paid the first month’s advance wage for buying necessities for the house, and in his jubilation a dress for his wife, there was nothing left to pay the doctors, or buy medicine with. To her indignation, he went to see Fehmida, requesting her for an advance but was refused point blank. She even took the pains of reminding him that she had been generous enough to pay him a whole 30 days advance which no one else from her strata ever does.

Patient as ever, the couple decided to wait until the end of the month to have sufficient money to pay for Kamoo’s medicine. The disease, however, was not so patient, and thus the sickness continued to precipitate. By the 28th day of the month Rasheed could barely lift his head from the pillow or move his legs. Desperate, Kamoo’s wife sought to sell household utensils and her worn dresses to have an immediate access to money, but who would pay for such decaying items, or the old-fashioned rags?

On this very fateful day Kamoo, lost in the burden of his thoughts, took Toby out for a walk. It were mere glimpses that he remembered, including a rolling ball, a chasing dog, a screeching, halting car and a loud thud. The accident proved too much for Toby. He did not breathe long enough to even say goodbye to his mistress.

That was the end of it for Toby and for Kamoo’s job. Fehmida had him thrown out of the house before a moment’s refuge, the news breaking her down to tears. No amount of pleading, wailing or begging worked.

Kamoo continued to sit outside the Bungalow, praying that somehow Fehmida’s mind would change and she would let him continue the job. He thought of his son, his dying son, the hopes he had built for him. He thought of the dog, its impurity, its lack of worth and of his horrid mistake. Lost in the sorrows of these thoughts he slept at the corner of the road leading off from the gate of the bungalow.

Unbeknownst to him, whilst Kamoo was busy handling this issue, the disease proved too much for the under-developed immunity of Rasheed. On the 29th day of his job, Kamoo’s son gave up, four days of disease having proved too much for the ailing seven years old. A shriek emanated from Kamoo’s wife’s throat and she went mentally numb.

Fehmida sat in the comfort of her air-conditioned bedroom and wept. She wondered how unfair life was to take away from her, her long-time companion, the friend that she had loved so dearly, her beloved dog.