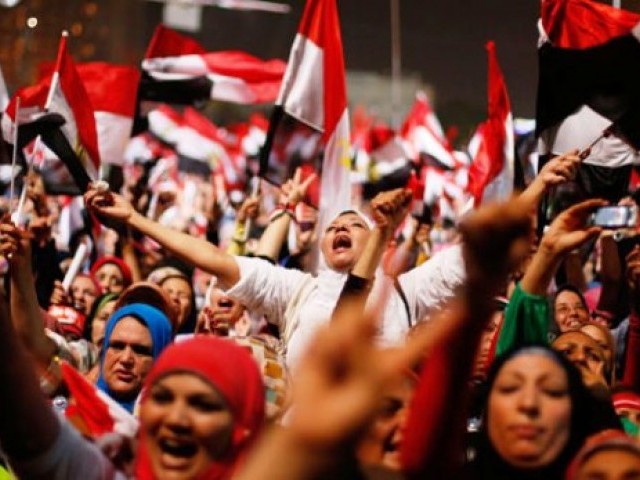 Discussions over Egypt’s future have almost become a coffee table routine for many across the globe. Shock, grief and anger over the violence and death, combined with the fear of a looming civil conflict, has paved way for passionate discussions over the ‘legitimacy’ and ‘actions’ of various political entities in the most populous Arab state.

As Egypt copes with a changing political climate and sluggishly works its way towards democracy, one wonders what external solutions can be offered to help end this unrest and instability.

If Egypt wants to look at a fellow Islamic country for guidance, it should look no further than Pakistan. Both countries share a similar history marked by political upheavals, religious tensions, high-profile assassinations and military coups.

So what can Egypt learn from Pakistan? Here’s a brief look at five takeaways:

If there is absolutely nothing you know about Pakistan’s history, you need to know this: military coups don’t work. Half of Pakistan’s history has been spent under military rule – which were often justified with promises as assuring as Al-Sisi’s smile.

The military as an institution is meant to protect the nation, not govern it. When you hand power to the generals who fail to recognise the importance of discussion, debate and consensus, you are only asking for trouble and unrest.

There has been a lot of talk about whether the recent events in Egypt fall under the banner of a military coup. If you are still unsure take another glimpse at Pakistan’s history. There will always be people rejoicing at the initiation of a military takeover, but that does not change anything – it is still a coup. All military coups enjoy a certain level of approval without which they can never hope to seize power. Pakistan’s most oppressive military rule started after a popular uprising which led the military to topple an elected government in the 70s.

3.  You can’t kill your way to democracy

This probably holds true for those attempting to justify the recent violence in the hope of the greater good. However, democracy as a system of governance can only be established through reconciliation, compromises and discussions and any attempt to use tools of violence to ‘work towards’ democracy will be futile. Almost every movement that successfully restored democracy in Pakistan has followed this principle and could serve as a good reminder to Egypt.

4.  There is no such thing as ‘selective’ democracy

Using religious and ethnic filters to determine which groups can and cannot be part of the ‘democratic’ structure will only result in further disintegration of the country’s social fabric. The system of governance should hope to bring different people and opinions together rather than sidelining them. Looking at Pakistan, one can see how marginalising different political and religious groups from the mainstream political process has resulted in their radicalisation and has eventually led them to use violence as a means to achieve their political aspirations.

The 90s is known as the ‘lost decade’ in Pakistan’s politics: the longest uninterrupted democratic period in the country’s history was marred with frequent government dissolutions. Four elected governments were brought down in a period of little over ten years with the military having the last laugh with another coup.

It is obvious that the aforementioned statements have their limitations as the two countries under question do not share the same socio-political aspects. However, being Muslim states, and also having similar population profiles, the lessons which Pakistan has to offer from its colorfully turbulent political history can be of much help for Egypt, in its time of instability.