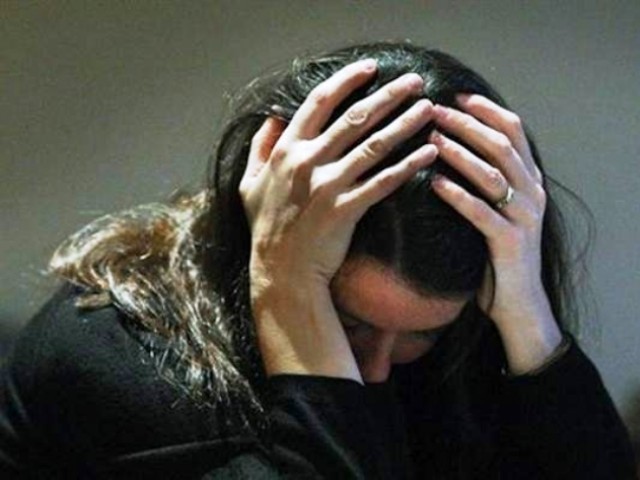 I cannot emphasise on how difficult everyday life can be for people with Misophonia. PHOTO: REUTERS

‘Who’s tapping their feet on the floor?’

‘Why can’t people eat without making that annoying chomping sound?’

‘I’ll punch that person so hard. I’ll kill him.’

Too intense for you? Well, this is what a person suffering from Misophonia is thinking nearly all the time. The question arises, but why? And what is this disease?

Misophonia is a neurological disorder, in which a person feels anxiety, and even rage in response to certain sounds, which may be loud or soft, and are very common. It is also termed as Selective Sound Sensitivity Syndrome. The sounds include coughing, sneezing, scratching, breathing, repetitive tapping of a pencil, and a whole lot of others that can be classified as normal, everyday sounds. Neuroscientists have not been able to pinpoint the exact cause of Misophonia, but are of the view that the pathology lies in the connection between the limbic system (set of structures in the brain responsible for emotions and behaviour), and the auditory system (responsible for hearing). However, this being established, there are still a lot of things that are not known about it yet.

Misophonia usually starts in early childhood, and includes a few trigger sounds generated by one or more members of the family. As the person grows older, the limbic system’s response to these triggers becomes stronger, and often the number of triggers increases, accompanied by visual stimuli. For the sufferers, exposure to these sounds for a couple of minutes is equivalent to an hour of nails being scratched on a chalkboard.

They experience severe forms of rage, panic and even disgust, and develop an extremely avoidant behaviour. For them being alone is better than sitting in a social gathering which causes anxiety.

I have had Misophonia since I was a nine-year-old. All of my triggers were limited to home at that time. Growing up with this disorder has not been an easy feat. I’m sure that my family regarded me as somewhat strange, with all the ‘temper tantrums’ I had, which in fact were only a response to the triggers.

Meal times were always the hardest. Every clink of a spoon on a plate seemed like a gunshot to me. If someone spoke to me while eating, I’d lose it. I felt suffocated at the table, and so enraged that I used to go to my room afterwards, and hurl my possessions at the wall or kick things around. Finally, when it all became too much for me to bear, I started taking my meals in my own room and I still do.

Considering the fact that this disorder affects a person’s life to such a degree, the question arises, what is the cure?

Sadly, there is no answer to this question.

As it is still being regarded as a ‘new’ disorder, neuroscientists have yet to come up with a cure, although a little progress has been made in devising ways to cope with the disorder and to prevent the affected people from becoming socially dysfunctional. Many people have come up with their own ways to cope with the disorder, which include using ear plugs, headphones, and echolalia (mimicry) which usually helps decrease distress.

Psychiatrists have recommended two types of therapies: the exposure therapy, in which the patient is exposed to his triggers over a period of time, and the cognitive behaviour therapy, which is problem focused and action oriented. The exposure therapy is believed to make the situation worse rather than being helpful, so most of the psychiatrists today go with the behaviour therapy.

I accidentally found out about Misophonia on the web. If I hadn’t, I’d have spent the rest of my life wondering what’s wrong with me and why I react to certain things in a way that can only be described as ‘unusual’. I was actually a bit relieved to know that there’s a name for all that I’ve experienced since my childhood, that it’s not a figment of my imagination, and most of all, that I can get help regarding this.

Yet, I’d be lying if I said that I went straight to seek it. In fact, a lot of time passed before I could do it. Because, even if it is an actual disorder, how in the world do you explain all of this to anyone without feeling self-conscious about it? Anyway, in the end I had to, because it started getting a lot worse than before and I really couldn’t concentrate on anything. Eventually, I went to a doctor and he referred me to a behavioural therapist.

I cannot emphasise on how difficult everyday life can be for people with Misophonia. The fact that there is no cure or even set coping strategies makes it even harder. It may take decades to understand the disorder better and to devise a cure for it. Right now, however, we’re at the point where so many people have Misophonia without understanding what’s wrong with them because the general public hasn’t even heard of it.

As of now,  most people believe it to be making a big fuss over a tiny problem.

I mean, how frustrated can you get over a little foot-tapping, heavy breathing etc, right?

What’s the big deal if people make a little noise as they eat?

Why should we be more careful or understanding when around such people?

They have anger management issues, that’s all, isn’t it?

This is the common reaction to people who suffer from Misophonia and it is this sort of response that makes our lives so much harder. Because our disorder is not visible, people think a problem doesn’t exist.

We have something much more serious than just a little pet peeve. A person doesn’t have to be physically impaired to be considered ‘not well’. In fact, psychological issues run much deeper, and need to be handled carefully. Having a problem, but not really comprehending what it really is can harm you and this is even more so when the people around you haven’t ever heard about it.

My main reason for writing about Misophonia in such detail is so that everyone who reads this gets to know that such an illness exists, so that if they ever come across a person with Misophonia, perhaps they’ll be less impatient with them and be able to empathise. I

Studies reveal that the occurrence of many psychological disorders in a person suffering from Misophonia is decreased, with one exception that is OCD (Obsessive Compulsive Disorder), which is found in 52.4% of the cases. Since there is a high occurrence of OCD among these patients, there was thought to be a connection between the two. But, there has been no proof of that. I have OCD as well and in my experience it gets worse after an episode of exposure to the triggers. Also, chronic anxiety and multiple phobias are very common in these patients.

Although, people around me found my behaviour a bit irrational at times, ever since I’ve told them what really is the matter most of them have been really supportive. They’re careful around me, so as not to cause a trigger. I’m really grateful because after 11 years, I have finally understood myself. Even if I don’t have the solution to my disorder yet, it’s reassuring to know that I don’t have to hide from them or anyone else anymore.

A doctor in the making at KMDC, Reema is a fervent reader, food enthusiast and music lover.