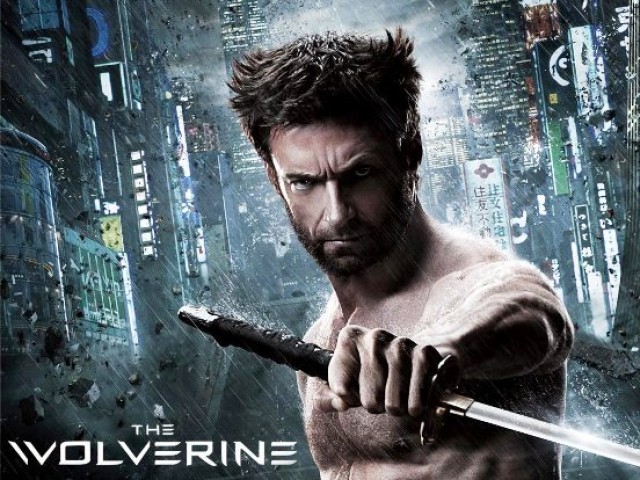 By offering a new perspective on everyone’s favourite clawed mutant, The Wolverine has not only managed to impress but may also have claimed the accolade of best superhero film of the summer. PHOTO: PUBLICITY

Set against striking  Japanese backdrops, with action and strong performances, The Wolverine claws you in from the first reel. The latest instalment in the X-Men film series is a must watch.

The film centers on Logan’s aka The Wolverine (Hugh Jackman)’s, struggle to come to terms with the burden of immortality and the loss of Jean Grey. The opening scene is set in 1945 near Nagasaki, where Logan is held in a POW camp, with B-29s flying overhead to deliver the atomic bomb. During the atomic explosion, he saves the life of one his captors, a soldier named Yashida. In the mayhem Yashida learns of Logan’s self-healing abilities.

The movie fast-forwards several decades, with Logan now living as a hermit, haunted by nightmares of his true love, Jean (Famke Janssen) whom he was forced to kill (back in X-Men: The Last Stand). The red headed mutant Yukio (Rila Fukushima) tracks him down here to inform him that the man whose life he once saved back in the prison camp, Yashida (Haruhiko Yamanouchi), is lying on his deathbed and wishes to repay his life debt. This offer from the dying industrialist comes with a small twist in that he wishes to strip Logan of his healing abilities to save his own life, thus ending the weight of immortality that Logan has been struggling with.

The plot accelerates with Logan having to deal with a host of issues such as his blossoming love for Yashida’s granddaughter Mariko (Tao Okamoto), a Yakuza conspiracy, the plot of an evil mutant named Viper (Svetlana Khodchenkova), and his loss of instantaneous healing powers; all this while he is still struggling with his inner demons.

This instalment succeeds in the way it portrays a different, more human Wolverine – one that at some deeper level we more easily can connect with. Him, being plagued by the memory of Jean, his ambivalence to live or die and his newly found fear of death are existential themes explored through the movie between the high octane action sequences. Logan is both emotionally and physically vulnerable and therefore much more interesting than the slice-and-dice hunk we are used to.

Hugh Jackman, reprising the role, yet again delivers a very powerful performance as The Wolverine. Not only does he embody the mutant’s I-don’t-give-a-damn persona, but also effectively captures the inner conflicts of human nature.

Both Tao Okamoto and Rila Fukushima deliver strong performances as Mariko and Yukio respectively. Yukio is a particularly interesting character that feels real and energetic, makes a mark. The same cannot be said for Svetlana Khodchenkova as Viper, who gives an over-the-top yet unmemorable performance as one of the film’s primary antagonists.

As any decent superhero movie should, The Wolverine delivers an abundance of brilliantly executed action sequences, with fights involving the Yakuza, ninjas and samurai warriors. One breathtaking sequence takes place atop one of Tokyo’s famed bullet trains speeding along at 300 mph. A cliché is here transformed into a spectacle worthy of loud applause.

Against the backdrop of a stunning Japanese setting, with sprawling urban city shots neatly contrasting the tranquility of the countryside, director James Mangold forces us to explore the concept of contrast/duality – hectic modernity versus Arcadian serenity; the desire for supernatural immortality versus a longing for human fatality; the lonely struggle of a soldier versus the need for companionship. While these themes may get lost in the speed and the action of the film, their essence is eloquently captured.

By offering a new perspective on everyone’s favourite clawed mutant, The Wolverine has not only managed to impress but may also have claimed that the accolade is the best superhero film of the summer. Fast-paced action sequences as well as solid performances will rivet you to your seat and at the end leave you gasping for more. So get your large popcorn, 3-D glasses, sit back, and enjoy the ride!

Spotflux blocked in Pakistan, what's next?

'Catching Fire' with The Hunger Games!