From Peshawar: A plea to the government 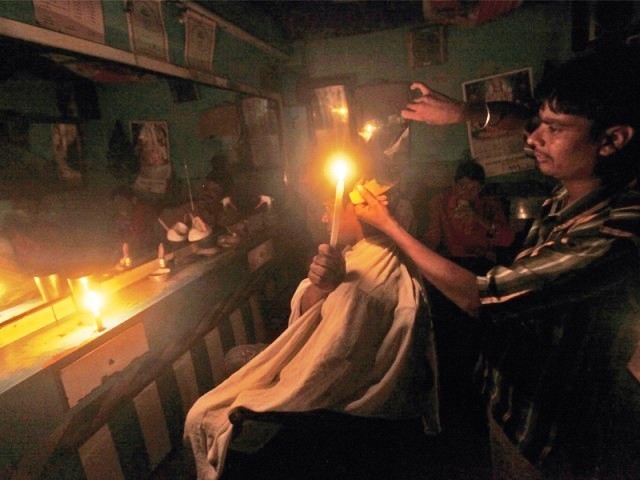 Despite living in a posh area of the capital of Khyber Pakhtunkhwa, there are unannounced/unscheduled power cuts. PHOTO: REUTERS

I hope you are well and are busy overseeing and planning solutions for the many problems faced by our nation. Since you will, undoubtedly, be caught up with reforms rather than amassing wealth, as you have just stepped into office, I thought I should tell you a little bit about your awaam.

As a dutiful child is expected to inform his parents about the changes happening in his life, I want to tell you about how we are living now.

We, your children, have finally installed a generator at home.

Despite living in a posh area of the capital of Khyber Pakhtunkhwa, there are many unannounced and unscheduled power cuts here. The long absences of electricity are felt immensely by all of us and we suffer brutally. We have waited for years for the governments to resolve the power crisis, but this has not happened thus far.

I am from a middle class family where huge investments – such as buying a generator – are not easy and we have to think long and hard before committing to such extravagant expenses. Coming from an educated family, we have always considered our actions holistically; whether they are on the right course and whether our decision would be considered as one made by a good citizen.

But in this case, we had to give in; the heat is getting unbearable and so is the energy crisis.

We had initially installed a UPS, which seemed like a tiny miracle in itself, bringing fans and lights to life despite the power cut. At that time, we were ready to bear the hardships for the cause of our nation. Being naïve, we believed in the promises made time and time again. Sadly after these same promises broken at the same rate by our government, our patience has worn away.

I am not blaming one person here; it is not entirely one leader’s fault. The blame rests with your class – the people who have had power for years; who have had the power to bring change and within whom the people power oscillates (there is rarely any real change in your echelons).

As a citizen of this country, I would like to say thanks to our great President Ziaul Haq who introduced the concept of loadshedding Back then, I remember there being only one hour of scheduled load shedding.

Dear leaders of today, can you give my children the same facility now? Can you give my students that peace of mind, that if they happen to take an unscheduled nap, they will still be able to submit their assignments on time, or be prepared for an exam the next day? Can you give the nation an uninterrupted eight hours of sleep?

I don’t think you realise the responsibility you have towards your people because you do not feel the same hardship as they do. Do you get eight hours of sleep – sleep that is not interrupted by power cuts and is void of worries pertaining to your livelihood?

I am sure you do.

Can you give our senior citizens the guarantee that the sacrifices they made for the independence of this state were worthwhile?

Why don’t you make a deal with your nation; you give us an improved lifestyle and we will do something in return for you. Our youngsters will be able to study harder and bring pride to Pakistan through their educational achievements; being rested with uninterrupted electricity at night, we will go to work refreshed and will boost Pakistan’s GDP; if you give us our right to electricity, we will make Pakistan brighter.

Prime Minister Nawaz Sharif, you, as a businessman would know better than me about how to cut costs and effectively utilise resources; please make use of your skills for the betterment of the nation. We really need it. We don’t expect you to buy cheap electricity from another state; we have enough resources to work miracles for us. We would not mind if you get cheap electricity for a little while only as relief for us, we will consider it our Eidi, but we want a permanent, effective and indigenous solution that which is not imported.

I promise, we will keep our end of the deal if you keep yours. I promise we will work hard, we will do all we can for the improvement of our nation only if you support us. It has been 65 years and things are not improving, in fact, rather than going forward we have put the gear in reverse.

I hope, dear leaders, that you won’t take our plea lightly. I will be waiting for a positive response from you.

Your children, your awaam.

An academic who resides in Peshawar. She has recently completed her PhD in Computer Science from the University of York, UK.

Why do we have 'ladies parks'? Can't trust ladies with men?