Eid shopping and memories from Swat 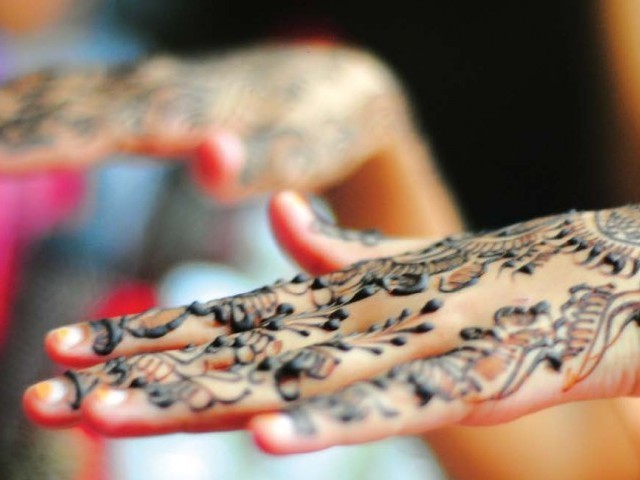 People of all age groups are busy shopping, it is time for Eid. PHOTO: FILE

Swat: I grab my white parrunay (veil) and handbag, and ask my younger son to hire a rickshaw for us. It’s the last week of Ramazan and my clothes for Eid are still lacking a lace here, and a button there; my elder son wants shoes while the younger one wants to a buy a shirt like the one his friend at school has.

As the rickshaw races towards Cheena market – the local market where almost everything is available that a woman might need for herself and also for her kids – I see life at its full swing.

People of all age groups are busy shopping. It doesn’t matter if they are fasting or the weather is unexpectedly hotter than usual; the shops, stalls, roads, all are crowded. Some still looking for the things they want, others rushing back home with excited children and heavy shopping bags. Voices of women, men, children, laughing, clattering, bargaining, prices and inflation rates can be heard in the background. But this motion, bustle, ebb and flow – is life!
Suddenly the Ramazan and Eid of the year 2008 flash before my eyes….

As they say ‘good old times’ unfortunately, in our part of the world not all times are good and such times, certainly not! No woman could go for shopping or even step out of the house. Wear a black burka, omit any traces of being identified, and let an adult male ‘guardian’ accompany you – only then were you allowed to see past the gates of your house.

Many people in the town hurried to get married, so they could enjoy the little time they had left; life was unpredictable. We were also one of them and thus, Eid for us was followed by my brother’s wedding.

The summer of 2009 was a dark phase with only terror and sounds of heavy gun fires. Our elders refused to move to a safer place and we stayed in our house for at least 50 days without any electricity or gas. We learned to survive on little water and food which was enough for hardly a week – awaiting death.

Luckily, soon after, an announcement was made that the operation had been successful and the natives were allowed to return. We were able to see our loved ones again. But, when it was all over, it had stripped and cleansed Swat of all its beauty, if nothing else. Those returning said they could smell gunpowder in the air, and felt it wasn’t their Swat but some other deserted place.

The beauty of time is that it never stays the same. It changed for us too: from good to bad and then back to good again, though in an extremely short period of time. Gradually everything went back to normal. Schools, colleges and bazaars reopened and we too, reverted to our old ways.

Swat is a better and safer place now. New developments, cadet colleges, shopping malls, parks, cafes, hotels and a university all are signs of a better and more developed home.

We are happy, quite happy, that it’s all normal again. But the past has scarred us.

The locals apprehend that this peace is temporary and actually something more horrible is brewing deep down. The external circumstances have changed, definitely, but what about the horror and insecurity which has formed firm roots and still lives deep in our hearts and in the darkness of the night when we hear wolves howling or a sudden cries or a gunshot, we jump out of the beds saying: have they come again?