When a child grows up in Lyari 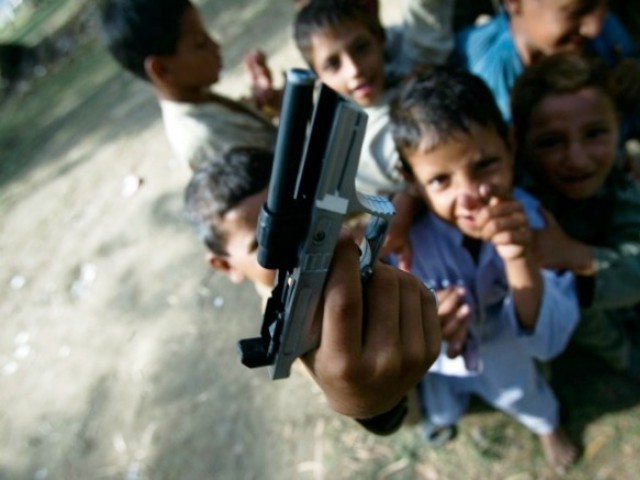 I dislike the environment with which he interacts - playing in the narrow streets and chewing gutka. PHOTO: REUTERS

Ferjal Hussain is just three-years-old. I love him a lot. He doesn’t eat or sleep well when I am out of the city. I don’t allow him to go out and play with his contemporaries — though he does insist. We both play at home. I sing him folk songs and share with him the good stories I know. Sometimes, I recite Shah Latif and Faiz Ahmed Faiz’s couplets. He likes ‘lab pe aati hai dua banke tamanna meri.’

I dislike the environment with which he interacts — the abusive language, playing in the narrow streets and the habit of chewing chaalia and gutka. There is only one playground in the area, which mostly hosts drug addicts. Parents don’t allow their children to go there. Most of the children play right outside their homes. Women, men and young boys abuse and sometimes slap kids if they make a lot of noise out on the streets.

I planned to move out of Lyari, for the sake of providing Ferjal with quality education, last year. I dreamt that he’d develop the habit of reading books and find good friends in schools and in the neighbourhood. I thought he won’t know ‘bad things’ till he turns 10.

Before I could move to a safer locality in the city, my area of residence — Lyari — started echoing with intense firing and explosions. Faiza, my wife, and I tried hard to keep Ferjal inside the house, closing windows and doors so that he wouldn’t hear sounds of rounds of bullets, but he heard not just the intensive firing, but also explosions after the May polls this year.

“Papa, there was too much firing and I saw people running here and there,” he told me when I reached home.

“Papa apna khayal rakhna,” he recited his mother’s words to me, on the phone.

(Papa take care of yourself)

I felt that all was okay, that he had only heard the noises. I thought he’d forget everything within a few days. But then, I saw that he kept his toy pistol inside his pants and covered his shirt before demonstrating its usage.

“This is the magazine and this is the chamber. Load it and fire dishon dishon.”

The author is a freelance journalist. He tweets at @smendhro (twitter.com/smendhro).

Once a neighbourhood of gang wars, Lyari’s Girls Café is helping women reclaim the streets