Reza Aslan’s interview: What does Fox News have against Islam? 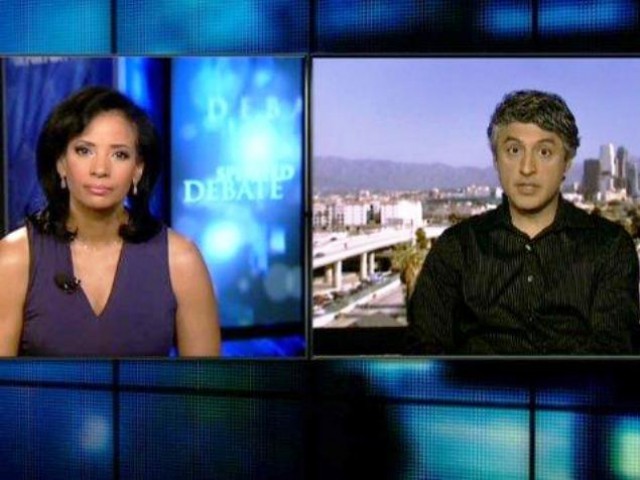 She continued to ask questions such as, “It still begs the question, why would you be interested in the founder of Christianity?”, as if to imply that it was highly suspicious for a Muslim to be writing about Jesus. PHOTO: PUBLICITY

Lauren Green, Fox News correspondent on religious affairs and host of ‘Spirited Debates’, recently upheld Fox News’s impeccable record on focused bigotry and American essentialism, during an interview with the noted academic, Reza Aslan. The talk focused on his new book called Zealot: The Life and Times of Jesus of Nazareth.

Normally, any host might have started the interview by asking the author about his/her book and what subjects it deals with, but apparently Lauren Green had a different idea of how an interview should be conducted. Here’s how the interview started:

Lauren Green: “You’re a Muslim, so why did you write a book about the founder of Christianity?”

It seems that Ms Green has a problem with Muslims writing about Christianity. Reza Aslan aptly replied,

“Well, to be clear, I am a scholar of religions with four degrees, including one in the New Testament, and fluency in biblical Greek, who has been studying the origins of Christianity for two decades, who also just happens to be a Muslim.”

Now, the debate should have ended there and then, but Ms Green kept on probing the issue of the author being a Muslim for the entire duration of the interview and the real topic – the book – was pushed into the background.

She continued to ask questions such as, “It still begs the question, why would you be interested in the founder of Christianity?”, as if to imply that it was highly suspicious for a Muslim to be writing about Jesus and it seemed she had already made some assumptions when she asked,

“But Reza, you’re not just writing about religion from the point of view of an observer.”

By this time, Reza Aslan had her intentions figured out and kept insisting that he had no hidden agenda and that he was writing the book from an academic point of view and not as a Muslim. He asked, what his personal faith had to with the book, but Ms Green charged,

“I believe that you’ve been on several programs and never disclosed that you’re a Muslim.”

It seems evident, from this interview, that Ms Lauren Green (former Miss Minnesota 84’) does hold some sort of bias against Muslims and it begs the questions, do American citizens have to hide their personal faith just because some people think it’s bad?

It seemed, from the interview, that the Fox News was on some investigative quest to unveil the author’s hidden agenda against Christianity and prove the prejudiced view that he may have about Jesus Christ – all because he happened to be a Muslim.

If Lauren Green’s view point, that commentaries or books on a particular faith can only be written by its adherents then she must explain why she wrote an opinion piece on Fox News’ Opinion page titled, “Is There Something in Islam That Makes Believers More Susceptible to Radicalisation?” on March 10, 2011.

It appears in her biography that she has a degree in piano performance from the University of Minnesota and is a graduate of Northwestern University’s Medill School of Journalism; so apparently, her degree in paino performance essentially gives her the divine qualifications to write and analyse the Muslim mindset, but a scholar of religions had to be questioned incessantly.

Although this interview is one of the many monumental goof-ups in Fox News’ history, their stance on Muslims reflects on how a certain section of the American population feels about Muslims, and for that matter all other people who are not white conservative republicans.

Fox News seems to have taken the ‘noble responsibility’ of becoming the voice of that particular non-evolving segment of American society, led by figures like Paul Broun, Todd Akin, John Hubbard, Michelle Bachman, Pamela Geller etc – their bias against Islam is blatantly apparent.

Racism and religious bias still occurs in the US and Fox News has only fanned the flames. When the Boston bombings took place they went head over heels in their attempts to demonise Muslims, but remained mum over the Aurora and Connecticut tragedies. Please consider what Fox News’ Bob Beckel, co-host of The Five, said about Muslims on TV:

“I would not have another mosque built in this country until we got it worked out who was not a terrorist.”

Why are these people not stopped from poisoning minds and encouraging a hate culture?

At this point, I have not even started on the hate filled rants of O’ Reilly, Hannity and Rush Limbaugh nor on Fox News’ biased coverage of the Zimmerman Trial.

Now I am not saying that Fox News is the American version of, the jihadi magazine, ‘Inspire’, but it’s pretty close to becoming one as is evident from the testimony of Randolph Linn, the Ohio Mosque arsonist, who blamed Fox News for motivating him to commit hate crimes against Muslims.

So my plea to the members at Fox News, please stop this madness.