Dubai: Look beyond the glitter to see the sorrow of migrant workers 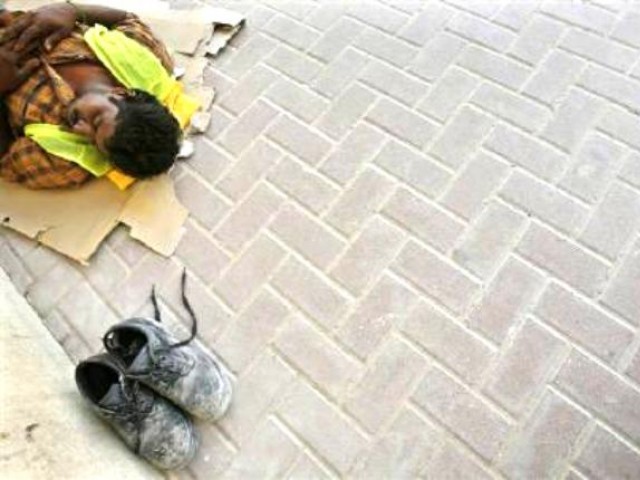 Dubai has undergone a massive transformation, from a fishing and pearl diving centre on the shores of the gulf, to an ultra-modern city-state of today in a matter of just a few decades.

Modern Dubai is a cosmopolitan society with a wide range of attractions. Its architecture is entering the realms of impossible construction and the sort of life of great opulence and grandeur it offers seems almost unrivaled.

Dubai wished to undertake extremely interesting and intriguing projects in the past couple of years: Dubai Land – a vast landscape of leisure; Hydropolis – an underwater hotel; The Cloud – a city built on stilts, and many others.

All these and similar projects along with many other advancements (for example, the relatively greater amount of freedom enjoyed by homosexuals in this part of the Arab world) give the place an aura of rapid development and ultra-modernisation. However, what is lost in all this appreciation and admiration is the gloomy part of Dubai. This place which lacks any originality and seems almost plastic and fake is not without its flaws.

One can argue that problems exist in any and every state, but what is interesting about Dubai is that not only are its problems concealed, they are camouflaged under its apparent wonder and superficial transformation.

Moreover, everything in Dubai is out on tables for sale. Each thing, whether it is cultural, social, political or economic, is yelling out to be sold, and hence the broken and anglicised syllables of the name “do-buy” make perfect sense to me.

The entire modernisation hype with the new buildings, whether they are to be built or have already been constructed, for example, Burj Khalifa or Burj al Arab, is highly exaggerated. This is because the desert boom, the emergence and subsequent flourishing of the tourism industry, the spanking new, tall buildings, all come at a huge human cost which is never recognised.

Millions of migrant workers enter Dubai and are unable to leave the country since their passports are usurped by construction companies and they are paid half the amount of wages they are promised before the contract.

Furthermore, their living conditions are extremely deplorable. Workers are deprived of even basic sanitation facilities and live in tiny, dingy apartments with at least a dozen other people.

Apparently, Dubai plans to construct Taj Arabia – an Arab version of the Taj Mahal. What took Shah Jehan 22 years to build, Dubai wants to build in two years to serve as the world’s grandest wedding destination. The idea may be unique and even thoroughly fascinating but highlights once again, the lack of originality in the culture of Dubai and emphasises its “do-buy” nature – its desperation to sell itself and get more people to buy the facilities it offers.

While it may be willing to sell a great deal and lure people to its magical land with all the other great magnificent features, the facade of an adult Disneyland in Dubai is now collapsing. People come, live in amazing big apartments, pay no taxes and live a wonderful life. However, very soon, the covert debt they had been taking, piles up and the ‘do-buy’ drug stops lulling them into a deep sleep.

Very often, people quit their jobs to repay the amount but get less money from what is stated on their contracts. Their accounts get frozen and they are prohibited from leaving the country. The subsequent court hearings are in Arabic without any translation which exacerbates the misery of migrant workers.

Under the wonderful aspects of Dubai, lies a cruel and crushing world which is not necessarily benevolent and definitely not “modernised”. The aspects of modernisation, as I understand the term, are seriously absent — evidence would include the lack of a fair judicial system for foreigners, the absolute dearth of any attempts at alleviating the ill treatment meted out to migrant workers and the persistent violation of job contracts.

People are tempted to explore the opportunities but this process is done at an enormous cost to the buyers of “do-buy”!

The author has a Bachelor’s in English Literature from LUMS. She is a sub-editor at The Express Tribune Peshawar desk. She tweets at @hayat55y (twitter.com/hayat55y)

Chitral’s natural beauty can stun anyone into silence

Why is Karachi’s DHA Phase VIII being gated against its own denizens?

Does homosexuality exist in the Urdu ghazal tradition?