#ShiaGenocide is a reality, not just a ‘fab’ Twitter trend 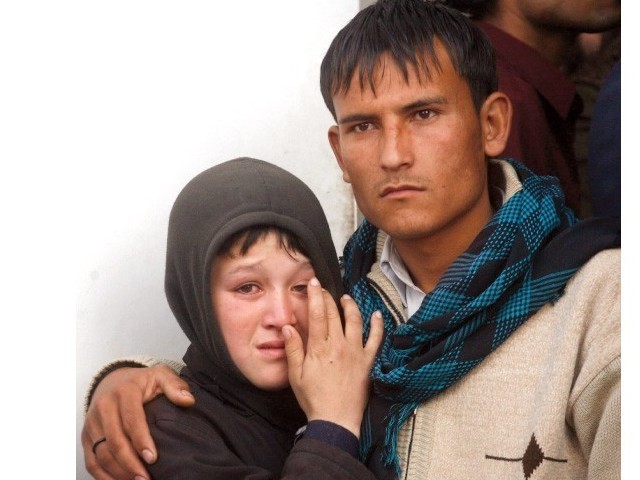 It means taking one life away and leaving a few hundred near death. PHOTO: EXPRESS

Another sectarian attack in Parachinar. The infamous hashtag Shia Genocide, however, only lasts momentarily on Twitter before being taken over by more worthy trends like #replaceMovieNameWithSharamnak.

“Why isn’t it called #SunniGenocide when people die in Parachinar?”

Firstly, let me explain that genocide isn’t claimed by the Shias because it’s the fab trend these days, just in case someone was confused between gadget hype and reality.

Second, genocide isn’t an award or laureate we’d all like to place in a glass showcase. It is the epitome of inhumanity which rages on caused by the efficient inaction by governments (both past and present) fuelled by the desire to not intervene because it is ‘somebody else’s war’, or because it is exactly what they secretly sanctioned.

The United Nations defined genocide in Article 2 of the Convention on the Prevention and Punishment of the Crime of Genocide (CPPCG) as:

Shia genocide isn’t just a term. It means that for decades, you watch your friends and family watch those they love be sprayed with bullets, butchered, set fire to and be slain. It means that a singer’s death will get an immediate response from the president, his son, and the prime minister; their family will be offered condolences but yours won’t. It means that your dead are unworthy of even that gesture unless you refuse to bury your dead for over four days. It means that a little girl gets to sit in the sleet with her father. It means that a mother will die at the grave of her son, when he is finally buried and she is consumed whole by grief. It means that when whatever shreds of family that is left gathers to commemorate their martyrs on the fortieth day, they too must die.

It means orphans further orphaning their children. It means there will be screams, crying, nightmares and hugging. It means having the audacity to reign the youth that wants to take some action; that wants permission to reply to the enemy in the same manner and reasoning with them. It is about silencing the last window of hope left; it means there will be no justice now or ever. Lastly, it means that it is okay because we have to learn to let it go.

It means taking one life away and leaving a few hundred near death.

But despite this explanation, you might just be a numbers man. So I’ve compiled in a concise and easy to read form of data from 2012 -2013 of Shia deaths, from target killings to horrific acts like Chilas.

Please note: names, ages and relationships which may be inconvenient and cumbersome for your scornful eyes to read through have been omitted.

I hope you have the stamina to read the answer to why it is a #ShiaGenocide. And if you do have the courage, try to remember every date you just casually glanced over; that particular date is a death anniversary for a family. Many of whom may not have even reached that first anniversary mark yet.

So you see, #ShiaGenocide is not just a ‘trend’ on Twitter; it is a reality.

A photojournalist, wedding photographer and writer who is inspired by life and it's realities. She tweets @TwotwoAlys (twitter.com/aly2488)

Humanity check: Did you grieve Shia genocide as much as you did the Pak-India match?

Attacked for wearing a Hijab: What is religious freedom to the West?