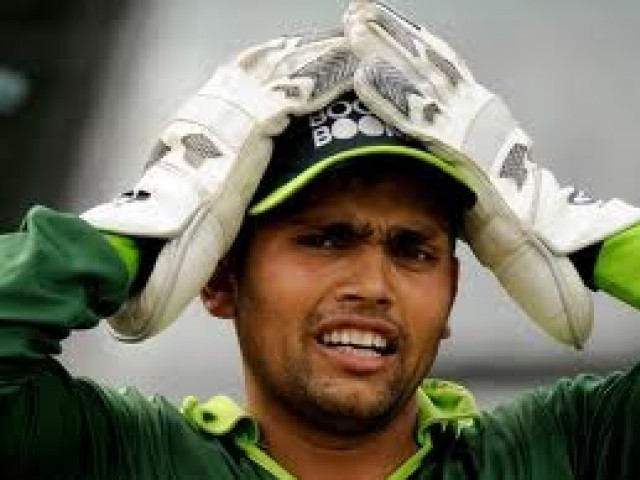 Umar Akmal is good, but he isn't even close to Rashid Latif or Moin Khan. PHOTO: REUTERS

Rashid Latif and Moin Khan are easily the finest wicketkeepers Pakistan has ever produced. Which of the two was a better choice is debatable but both had the ability to represent the national team on any and every platform.

Be it Shoaib Akhtar’s deadly pace or the reverse swing of Waqar Younis and Wasim Akram or the doosras of Saqlain Mushtaq, wicket-keeping wasn’t a problem for Pakistan as long as these two men played for the country. During their tenure, the captains even enjoyed the special leverage to use one wicketkeeper as a replacement for the other for a good many years.

Unfortunately, the Pakistan Cricket Board (PCB) couldn’t find even a single wicketkeeper that could match Latif’s or Khan’s competence since their departure from the Pakistani cricket team. Instead, the PCB has been relying upon half wicketkeeper and half batsman, Kamran Akmal, for nearly a decade now. Akmal has been in and out of the national squad, mainly due to his poor performance, but he keeps coming back because either the team doesn’t have any replacement options or the Board doesn’t want to replace him.

I recently came across two news stories: “Kamran Akmal is hoping for another comeback” and “Moin Khan appointed as Chief Selector, PCB”.

Given that the new selector himself was a star wicketkeeper back in his days, the least this nation can expect from him is to give the national team a complete wicketkeeper — one who can bat as well.

Khan doesn’t have to rush for now as because the younger Akmal — Umar Akmal — has performed well against the West Indies. He was impressive behind the wickets with his stumping, catches and run-outs — he even scored a half century. Khan could continue with Umar Akmal for the time being and start hunting for a permanent wicketkeeper batsman.