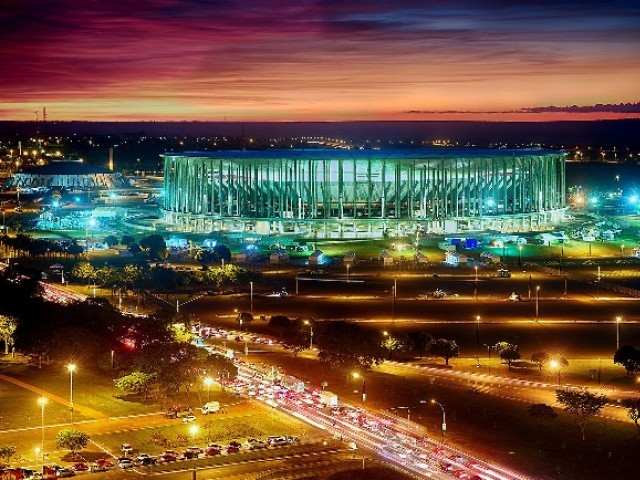 Soccer, samba, and sandy beaches – I hate to admit it, but those were the three images that came to my mind when I was first informed about my move to the world’s largest Lusophone nation. Alongside many other individuals, I knew little about Brazil itself apart from the hype surrounding its football, economy, and beaches. That is probably what made my fifth country of residence all the more appealing to me – my home for over a year now.

Life in Brazil can almost be classified as an art. The appealing climate does have an instant relaxing effect on the lifestyle, but the multitude of ethnicities calling this place home make sure a dose of the unknown is always added to the calm. Anyone and everyone can be classified as Brazilian; the ethnicities here derive from almost every place in the world. This is why I often find myself classified as Brazilian. The language barrier can be a problem, no doubt, as people often don’t speak languages excluding Portuguese and Spanish, but individuals make sure to retain their affectionate nature nonetheless. I’ve learnt to adjust to their expressive means of conversing, and often find myself inadvertently using the thumbs up sign in conversations – a national favourite.

Brazil is definitely as beautiful as it is made out to be, probably even more so. As South America’s largest country, the multitude of ethnicities also eventuates in a multitude of natural and cultural sites. Examples include, not only the beaches of Rio de Janeiro, but also include the European chalets of Blumenau, and the waterfalls of Iguaçu – tracts bordering Argentina and Paraguay. Belo Horizonte’s history as birthplace of the Brazilian rock music scene is equally intriguing as Sao Paulo’s fashion culture. Living here has made me realise that Brazil’s true beauty does not lie in the landmarks, but in the diversity of those landmarks.

I live in Brasília; the capital of Brazil, which itself is a very different city from the rest of the country. Brasília can be most adequately identified as the Brazilian Islamabad – life is equally sedentary, organised, and inadvertently safe there. Like Islamabad, the wealth of architectural landmarks and pristine landscapes do make the city picturesque, but need some getting used to, especially if you are coming from a big city. People from Brasilia are nicknamed Brasilienses if born here, and Candangos if having moved here after the establishment of the city – a distinction Islamabadis can avidly identify with.

Moving on to food, since w all so ardently love food!

I find Brazilian food quite challenging. Albeit, I enjoy eating the cheese stuffed Pao de Queijo and chocolate sprinkled Brigadeiros, I find myself resenting the lack of spices in most of the other famous dishes. Brazilians tend to stick to rice and beans as a staple, and unlike Pakistan, avoid putting spices in much of their food. They fare much better in beverages though; Guarana – a Brazilian soda – was quick to become one of my favourite soft drinks.

Despite these obvious virtues, similar to our own country, Brazil is not a nation free of problems. Alongside Pakistan, Brazil is still a developing country. Brazilians too, share our problems of corruption and infrastructure. Like us, they too grapple with issues such as education quality and healthcare. Recent news confirms that they require better living standards and a decrease in corruption, quite like us.

Brazil is also furiously expensive, probably more than any other place I’ve lived in so far.

After having lived in Europe and Asia, my move to Brazil was one that I definitely anticipated, and one that I can’t say I regret. Living here has allowed me to demystify numerous preconceived notions about the country and South America as a whole.

Though logistically and geographically different, socially we share many similarities – something I’ve learnt living here. Soccer, samba, and beaches may have been the first few images that came to mind when I initially thought of moving to this seemingly enigmatic land, many more visuals now manifest once I think of Brazil.