Who cares about the Royal Baby? 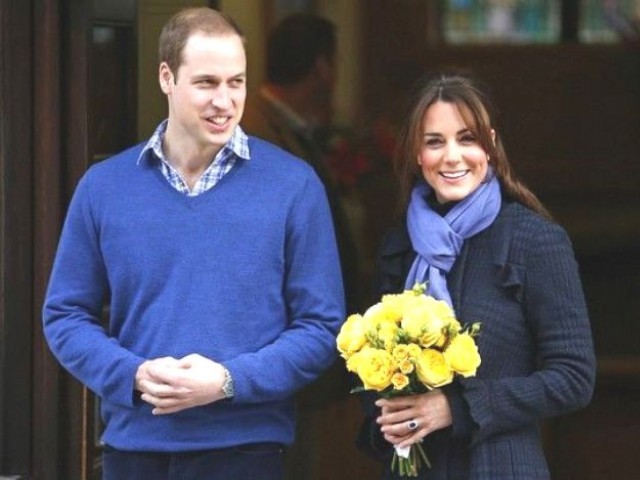 The entire world is one baby fart close to wearing a romper and carrying a baby rattle themselves. PHOTO: REUTERS

Don’t pretend you don’t know who I am talking about; the entire world is one baby fart close to wearing a romper and carrying a baby rattle themselves.

I appreciate and welcome new life into this world, however if you make me feel like we’re literally standing at Pride Rock and waiting for a Simba, it makes me cringe.

Here are my reasons for not losing my mind over the birth of a child:

According to the United States Census Bureau, for 2010, 361,481 babies are born each day around the world. This means that for every minute there are 251 babies born worldwide which, in effect, means that a baby is a pretty common occurrence.

The Sun had a “Baby Monitor” and the Guardian had a live blog on the birth of this baby, without missing a single contraction Kate Middleton experienced. The Sun pushes it just a little more by calling itself “The Son” today.

Please view, with some sort of eye protection:

Money wasted on a child, is worse than money just wasted

Bookies had their own celebration, with the money they made on what was inside Kate Middleton’s stomach. Hours after the Duchess of Cambridge went into labour, Ladbrokes took 50,000 bets on the name of the baby! Who knows, maybe the betting will continue for a few more days; this time, perhaps, on what the three-day-old baby’s favourite food is and, since he’s royal, it just cannot be plain milk.

Betting agency Coral described it as the “biggest non-sporting betting event in the company’s history” and others took bets on the colour of the baby’s aunt’s clothes on her first visit.

Every mother should protest, their baby is just as unpredictable as Kate Middleton’s.

In fact, every baby can have an aunt that won’t tell the world what she’ll be wearing when she visits too.

As per royal baby tradition, this child too shall subject the world to the sound of gunfire (in celebration). The King’s Troop Royal Horse Artillery and the Honourable Artillery Company will both be carrying out ceremonial salutes in honour of the little one. I mean sure, we carry out ceremonial salutes at weddings and all, but not every time we see a child being born. We’d run out of bullets in Pakistan.

Not the only royalty

There are ruling monarchs in Kuwait, Saudi Arabia, Qatar, Oman, Bahrain and Jordon. And I can safely bet they have many babies too- but we don’t know them or care to know the colour of their socks. What makes this British Royalty so special?

I forgave Britain for making Kate and William’s wedding an event for every eye on this planet, but now I may not be so generous. For example Crown Princess Victoria of Sweden got married in 2010, how many of us knew who made her dress? Or who chose the exact shade of pink of her cheek? That’s right, none of us.

They should be offended; we commoners clearly discriminate and don’t consider all royalty important.

I tried to talk myself out of all this baby hate I was spewing out, but then I found my family.

The Royal Baby already said his first word! It was "…enough."

This obsession would make complete sense if this was the Lion King, but no, I saw no Rafiki- and that makes this the real world.

A sub-editor on the Magazine desk of The Express Tribune. She tweets @manahylk (twitter.com/manahylk)

The line between ‘expression’ and ‘hate’

It's our own damn fault!

Girl talk: Why do women hate other women?

Drugged infants on the streets of Pakistan