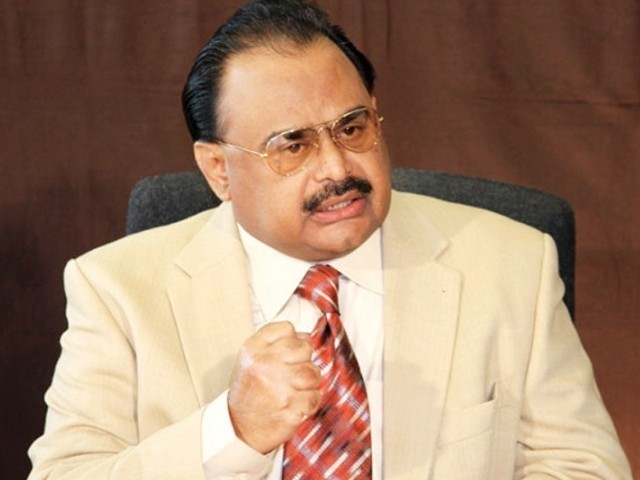 Any changes regarding Altaf Hussain’s investigations will be announced by the London police itself. PHOTO: FILE

Two months ago, there was a press conference between British High Commissioner to Pakistan, Mr Adam Thompson and a soiree of Pakistani journalists. The purpose of this meeting was to brief the media with the findings of the 2013 election observers.

The standard questions asked, however, somehow revolved solely around the MQM Chief, Altaf Hussain, his indictment and a statement from the UK government.

The standard reply received was that the London Metropolitan Police was free from government pressure and whilst investigations were underway, no statement can be given.

But that didn’t satiate our appetite for more information; the press conference could not just be about improving ties with other countries or helping us with our own election scams. It had to be about Altaf Hussain.

Between now and then, Prime Minister David Cameron and Foreign Secretary William Hague have also visited Pakistan for the same purpose; improving ties between both the countries- however, our media seems to be unfazed by that commitment – their only interest is remaining focused on what action the British government intends to take against Altaf Hussain and to squeeze out information from wherever possible.

The question was phrased, rephrased and posed repeatedly.  Undeterred and predictably enough, the answer from both Mr Thompson and Mr Hague, also remained the same.

In a country like Pakistan, where even the decision of registering an FIR against someone can be politically motivated or prejudiced, the simple concept of the separation of powers evades us. Here, the idiom ‘I scratch your back, you scratch mine’ is a norm and the police is used, many a times, as the main instrument. It is not to say that they are devoid of their own gains, however, as our recent elections and many other examples of ‘cooperation’ with the police have shown, the justice system is plagued with undue influence and manipulation.

Favouritism is extended by politicians to policemen and vice versa. In the case of Sabira Bibi’s murder, the former city police officer (CPO) of Rawalpindi told the Supreme Court that police had been unable to arrest the accused because of his family’s ‘connections and influence’. In another case, the son of a member of the provincial assembly (MPA), Tahir Sindhu, beat up a police officer because as the officer had the nerve to pull his car over for a routine security check. He was released on bail on Friday as his political affiliations proved stronger than the call for justice. The list goes on.

Whilst on one hand we have the list abovementioned, on the other we have an equally long list of examples of public representatives and ministers in the UK who have had to resign from their respective posts due to their involvement in some case or the other that has besmirched their reputations. The law of the land is set by politicians and the executive but they would not dare interfere in the way it is to be applied as that is not their job. Each job is assigned and limited as per the provisions set out by the separation of powers and no one institution can overlap the other without explicit authority to do so. The rule of law prevails and this is exactly why it is so hard for the average Pakistani to digest the fact that the police in the UK are, in fact, an independent entity that cannot be manipulated by the government or the media.

Now, as I have stated before, and as representatives of the British government have been repeating throughout, all the Pakistani media can do is wait for the London Metropolitan Police to complete the task at hand. Any changes regarding Altaf Hussain’s investigations will be announced by the London police itself – so until then we just need learn how to hold our horses and maybe read a little bit about the separation of powers.