Is India attacking its own citizens under the umbrella of ‘anti-terrorism’? 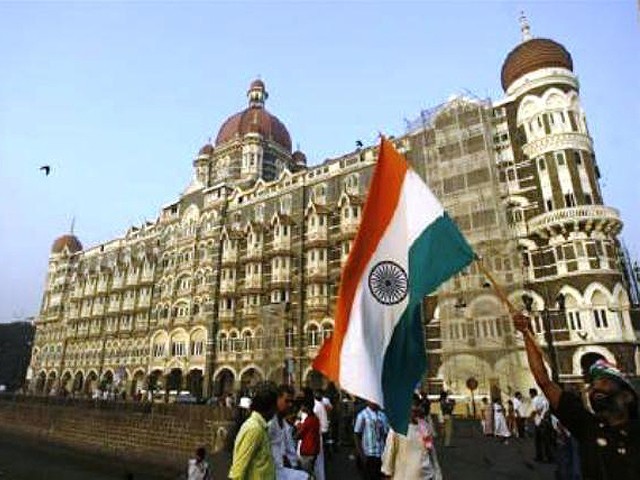 It is hard to believe that a democratic state can stage the killing of its own people. But the obsession with national security can trample common civil rights in India. PHOTO: REUTERS

Narendra Modi, adept at spinning catchy phrases that neatly fit into newspaper headlines, recently lampooned Congress leadership for its political gimmickry of wearing the ‘burqa of secularism’ and ‘hiding in a bunker’ in any crisis situation. In simple words, Modi implied that Congress leaders should stop using the ‘Muslim Card’ or playing the bogey of ‘secularism under threat in India’.

But events of the past few days indicate that secularism is indeed facing a mighty threat in India, not only from Narendra Modi’s right-wing politics, but also from the security-centric policies of secular parties that seek to amass excessive state powers against terrorists.

Just last week, Times of India carried a tantalising news story that has gripped the attention of Pakistanis. According to the news story, Mr Mani, a home ministry official, on the testimony of a police officer, Mr Satish Verma, submitted an affidavit in the Indian Supreme court in the Ishrat Jahan case, revealing that the Indian government had orchestrated terrorist attacks; the 2001 attack on the parliament and the 2008 Mumbai attacks, in order to legislate stringent anti-terrorist laws. The most sensational lines of the declaration are:

This declaration raises a key question the most pressing of which is,

Is Mr Verma inventing facts or is he speaking as a man of honour or principle?

To answer these questions, we will have to lumber through investigations of the Ishrat Jahan encounter, which got interlaced with 2008 Mumbai blast investigations and the national paranoia with ‘security’, ensuing from the war on terror.

To deconstruct Mr Mani’s declaration, let us first glance at the story of Ishrat Jahan. She was a 19-year-old girl from Mumbai who died in an encounter with the Gujarat police for allegedly plotting an assassination attempt against Mr Narendra Modi.

Refusing to buy the story of Ishrat Jahan’s killing in an encounter, her mother demanded an inquiry. Ahmadabad Metropolitan court, in its 2009 judgment, described that Ishrat Jahan had died in police custody and the explosives, rifles and other weapons allegedly found in the car and on their persons were all planted by the police. Later, the Special Investigation Team, appointed by the Gujarat High Court, also declared the alleged police encounter that killed Ishrat Jahan ‘fake’.

As the media and civil society were highlighting this issue of killing innocent people in fake police encounters, the Gujarat police tried to link the investigation of Ishrat Jahan with 2008 Mumbai blasts by using the testimony of David Coleman Headley, the alleged mastermind of the 2008 Mumbai blasts, where he declared Ishrat Jahan a Lashkar-e-Taiba operative.

How can these terrorist incidents that happened many years after Ishrat Jahan’s death influence investigation of her killing?

No doubt, it is hard to believe that a democratic state can stage an attack on a symbol of its legitimacy or organise the killing of its own people in blasts. But the obsession with national security can blur the distinction between lawful and unlawful, trampling common civil rights.

The reason is simple: as compared to an authoritarian state, a democratic state cannot make arbitrary arrests, hold its citizens in unlawful detentions and encroach upon private domain. Hence, it legislates anti-terror laws to obtain powers that characterise authoritarian regimes.

In this case, the democratic state is no other than India – the world’s largest democracy.

In the aftermath of the 9/11 blasts, democratic states, including India, have attempted to bolster national security by strengthening anti-terror laws, improving intelligence gathering and technological surveillance. However, equipping security apparatus with draconian laws is fraught with serious repercussions for a democratic polity.

One consequence of strengthening of anti-terrorist laws is that they can be selectively used against minorities, especially in regions with a history of communal riots, as happened in Gujarat.

Secondly, anti-terrorist laws can also turn the population of any state into its ‘primary enemy’.

Thirdly, anti-terrorist laws can be misused in a state polity, where law enforcement machinery is corrupt to the core and there is a history of colluding with political bosses for personal gains.

Mr Mani’s declaration that the Indian government staged terrorist attacks may well be far removed from reality but it also contains a kernel of truth: faced with threat from invisible enemies, the state arms itself with arbitrary powers that are unleashed against its citizens. To safeguard against state tyranny, the civil society of India must strive to investigate suspicious killings of its citizens as ‘terrorists’, such as that of Ishrat Jahan.

The relentless pursuit of the truth will only serve the cause of justice and secularism in India.