Is Imran Khan’s visit to the UK worthy of criticism? 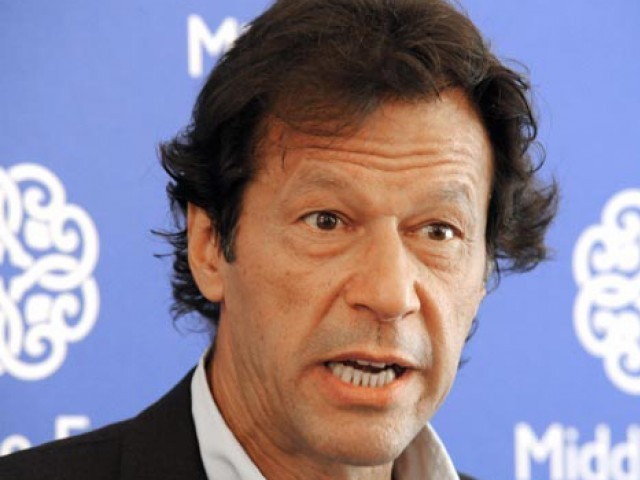 There is a lot more to criticise Imran Khan on, but, not his trip to the UK. PHOTO: AFP

I find it ridiculous that some media anchors and members of the civil society have the nerve to criticise Imran Khan’s visit to the UK, especially to the royal gathering hosted by Prince Charles.

It is believed that the scheduled ‘All Parties Conference’ (APC) has been postponed due to Khan’s absence. However, this is nothing but a baseless allegation. Pakistan Tehreek-e-Insaf (PTI) had made it clear much before Khan’s departure, that Khan will be travelling to the UK for his medical treatment and to meet his children.

Moreover, if an APC was to even be carried out while Khan was away, PTI had nominated Shah Mehmood Qureshi to represent the party, if need be. This was done as a genuine gesture of good will; an attempt to show that PTI is supportive of the positive efforts made by the government. With that said, it is important to understand the rhetoric of the APC. These kinds of meetings are held whenever there is a conflict about a certain issue. But, as we have witnessed in the last two APCs – one headed by the Pakistan Peoples Party (PPP) and the other by the Jamiat Ulema-e-Islam-Fazl (JUI-F), all parties have agreed that political dialogue is the only solution for tackling terrorism.

Now, what other solution could this ‘new’ APC bring about?

Additionally, what caused this mayhem around Khan’s absence is pure jealousy. Imagine – Imran Khan in a dashing tuxedo, looking as handsome as ever. Of course, this made some people insecure and question his motives. Anchors were alleging that Khan is perfectly well as seen by the way he is ‘chit-chatting with Prince Charles’ and so, going to the UK was nothing but a sham. To those who believe that – please grow up!

Imran Khan is perhaps the only Pakistani who is accorded such level of honour and respect in international circles. And we as a nation must be proud of this rather than hateful towards it. At least, there is someone from the Pakistani political circle who is internationally recognised and respected!

There is a lot more to criticise Imran Khan on, but not this. Yes, we can question his slogan of ‘change’ that he promised and we can ask about the improvement in Khyber-Pakhtunkhwa (K-P). Apparently, the frequency of terrorist attacks has increased and I have heard that the K-P government has passed an ordinance whereby anyone found eating or drinking during Ramazan can be fined up to Rs50, 000. Where is Imran Khan now?

Is this the ‘Naya Pakistan’ Khan has been talking about?

The person who has been trusted with the ticket for by-election from NA-1 has a number of allegations upon him, including the fact that he is an Afghan national. This would be a grievous mistake if an unpopular person is awarded a ticket, and this can lead to the defeat of PTI in its stronghold. Furthermore, a serious issue of double standards has surfaced; PTI has announced protests against load shedding in K-P. Imran Khan used to criticise and mock Shahbaz Sharif, calling him names such as, ‘Show-Baz Sharif’, when the latter put up a tent at Minar-e-Pakistan to protest against the unfair load shedding in Punjab.

Khan was of the view that as provinces can produce their own electricity and that this kind of a protest is just a show piece. Now, what pretext can he offer for his own provincial government doing the same ‘show baazi’?

The crux of what I mean to say is that we must think carefully before blaming anyone. When judging Khan, we must see him through the paradigm of politics, and not through the lens of our own bias.