We are Family: A movie to watch with the kids 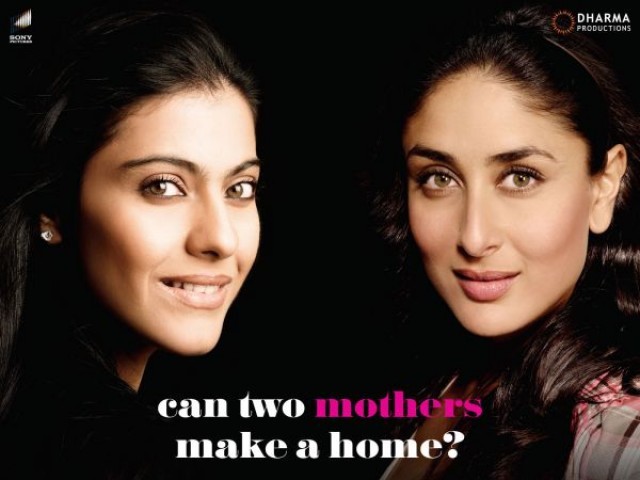 This cliched line is from Indian movie  “We are Family.” The line summarizes the whole story. The film is a re-make of Chris Columbus’ blockbuster Stepmom which starred Susan Sarandon and Julia Roberts.

In the familiar story a mother is diagnosed with a terminal illness and a young step-mom learns to fill in. The cast of the Indian version includes Kajol, Kareena Kapoor and Arjun Rampal. The film is a Dahrma production and is produced by Karan Johar and debutant director Siddharth Malhotra.

What they got right

Casting: The director wins half the battle with his casting. Kapoor has the ability to match Kajol’s talent. Maya (Kajol) is the strong mother of Aleya, Ankush and Anjali. After she discovers her illness she hands over her authority to the step-mom. Shreya (Kapoor) plays a career oriented woman who molds herself into a mother despite being at the peak of her career. Arjun Rampal plays Aman,  a  smaller role of father and lover. It seems that this year is lucky for Rampal as he has seen success with Rock On, Rajneeti and Houseful.

Storyline: The movie starts with a love song between Aman and Shreya.In three minutes the director establishes the intense love between Aman and Shreya. On the other hand, Maya and Aman have been divorced for three years but have wisely not fought over the kids custody and given their love and affections to them together. Their lives were moving smoothly until Aman attempts to bring Shreya into contact with the rest of the family. This first encounter inspires a love triangle, jealousy and dislike – and they say first impressions are last impressions.

Wardrobe: The make-up and outfits in the film are all are A-one in the movie. Kajol’s wardrobe is simple and elegant completely matches her character while Kareena’s dresses like a total diva.

What they got wrong

Inconsistency: The whole movie is set in Australia so the kids should have been accustomed to the idea of divorce, a father having girlfriend and remarriage. Shreya is a career oriented woman. In the movie she has just won a fashion designing competition. It is unrealistic that the she would suddenly become a generous mother of three children who have made her life hell.  When Aman finds out about that Maya is terminally ill he decides to leave Shreya for his ex-wife. It doesn’t make any sense.

Mediocre score: As a Karan Johar production the music should have been the film’s ticket to success. Not this time. The soundtrack of We are Family is average. The movie starts with “Ankhon mein neendein, neendon mein sapnein” .This song is beautiful sung by Shreya Goshal whose voice really suits Kapoor. It seems like Kareena is singing the song herself. On the other hand, the male singer is Rahat Fateh Ali Khan who is an outstanding singer but his voice doesn’t suit Arjun Rampal. The lyrics of “Dil Khol Kay Let’s Rock” will likely give a headache. “Reham o karam” and “Hamesha Forever” are the emotional songs in the film and they have been shot in a way that could make one cry.

Verdict: This is a perfect family movie that you can watch with your whole family. All you need a big bag of popcorn and a box of tissue paper.

A bachelors student who is studying mass communications and enjoys reading books and listening to music.