Pakistan, where security and justice are only illusions 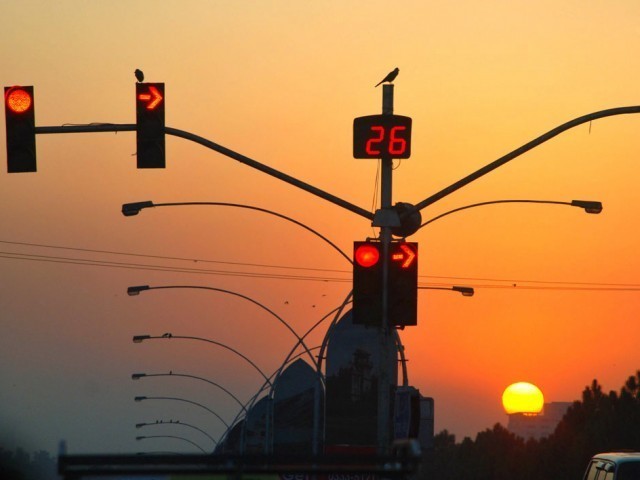 Public security measures taken in Islamabad are often regarded as anathema. A few years back, the police checkpoints and barricades around the city made our once-serene little town look more like a sister city for Baghdad than Ankara.

Of course, recent rains temporarily made the capital resemble another one of its sister cities — Venice — but that’s a separate story.

The checkpoints around town have fallen in number over the last couple of years, and especially since the new government came in, but the large barricades outside some offices, schools and embassies remain, despite the fact that most of these businesses and embassies are illegally operating in residential zones.

Their presence in these areas drives up rents for their neighbours because as commercial users, they pay higher rent rates than what would be typical for residential users while the common working folk can only pay a pittance in comparison.

These businesses, most of which do not have proper parking facilities available, create traffic problems in the streets and in turn, security risks for the residents of nearby houses.

It’s about time that these businesses and schools, most of them extremely profitable, moved into commercial areas and the education district (Sector H-8).

The owners of these houses and businesses would no doubt be irked if the CDA actually put its foot down and started clearing the area. But the wheelchair-bound CDA is about 30 years overdue for knee surgery.

Meanwhile, there is a small commercial area in Sector F-7/4 called Maqbool Market. A mosque stands right next to it. The reasonably-sized mosque parking lot — located a few feet from the mosque wall — has been closed off, supposedly due to instructions from the city administration and the police.

The reason? It presents a security hazard.

Oddly, cars are permitted to park right in front of the mosque, only a few inches from where the last row of the congregation prays.

In other words, parking 10 feet away from a mosque wall is a security threat, but parking 10 inches from a sea of people with no walls or other barrier to absorb the initial force of the blast? Acceptable.

Securing mosques is a necessary exercise, but one rendered pointless by such farcical attempts to create the illusion of security. That is, unless the person is considered less valuable than personal property by the powers that be.

Moving from security for the faithful to ‘defending’ the faithful, it has been almost a year since a bigoted cleric accused Rimsha Masih, a young Christian girl, of burning pages of the Quran, causing a mass exodus from the predominantly Christian slum area she lived in. Later, the media found that the cleric — Khalid Jadoon — was hand-in-glove with land-grabbers who wanted to clear the slum and grab the land for development.

There were also murmurs from the police that the cleric may have had an affiliation with pro-Taliban political groups, which makes it even more confounding that the same groups have not hung him out to dry for burning the Quran, an act to which a number of witnesses testified.

No, the ‘blasphemer’ has been out on bail since October and the case has gone nowhere, while the falsely-accused child has wound up taking refuge in Canada, because being proven innocent is not enough to stop a ‘passionate’ believer from taking the law into his own hands.

Where are those who said Rimsha’s freedom is proof the law works? Why aren’t they calling for the cleric to be punished? Justice cannot be for just one side. It must be for both.

Mob rule is never a solution, but doesn’t anyone else find it odd that in a country where baseless accusations can get people (specifically non-Muslims) killed, a cleric who was accused by multiple parties and has been found guilty by a police probe team suffers no blowback for his actions?

Religious teachings refer to man as the greatest of all creation, but separated from law and justice, he may well be the worst.