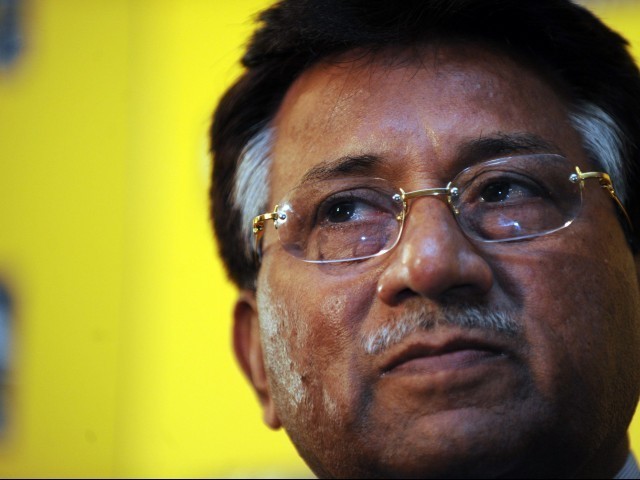 After the many military coups, a civilian government shall hold a military dictator accountable for his crimes. PHOTO: AFP/FILE

Not wanting to take an extreme stand on the issue of the trial of General (retd) Pervez Musharraf is understandable but ignoring his absence from court isn’t. Precedent is extremely important here. If the right example is set, our future generations will have something to hold on to, as a source of hope and inspiration.

I, for one, would rather not look at that side of the picture. Answers can be found and debated upon if required but what stands out for me, as a citizen of this country, is the long-term vision of the move. If the treason trial goes through, no matter what the eventual outcome is, the day will be marked forever in Pakistan’s history. After the many military coups, a civilian government shall hold a military dictator accountable for his crimes. The shift of power, although not absolute, shall leave its imprint. Internationally, this will be a step towards a new direction for Pakistan. The country, forever at the verge of collapse, now holds its rulers accountable. The fascinating appeal of such a truth, in a third world country, forever struggling to survive, seems almost magical.

But we come back to reality and try to think of the cons of such a trial. There aren’t any.

The prime minister might not have had all the abovementioned factors in mind when he decided to announce that the government will be trying Musharraf for treason, but that doesn’t have to be the focus now. If the treason trial goes through, people will debate upon its causes and effects for decades to come.

For now, I’m just hoping that the witnesses get to court safely, the trial is conducted and the rule of law is upheld!

The writer is a sub-editor at the Opinions and Editorial desk at The Express Tribune.