Bulbulay: When a poor man’s distress is funny 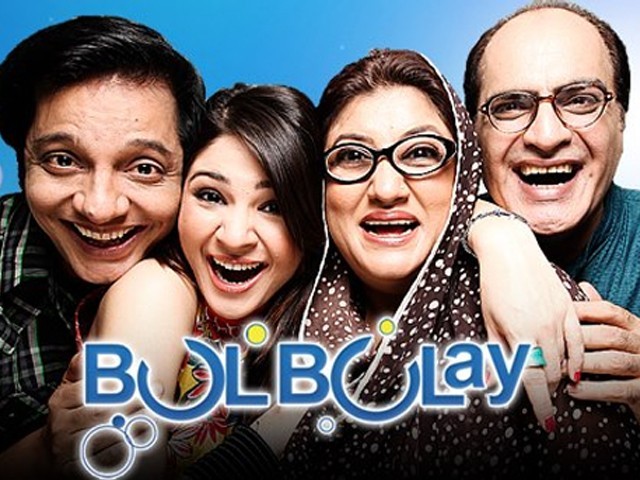 I’m familiar with dark humour, but this is supposed to be family comedy. PHOTO: https://www.facebook.com/pages/BulbulayARY-digital/198829273499667

The TV-show ‘Bulbulay’ enjoys a sizable fan-following in Pakistan, but I’ve never really been a part of that base. On watching its most recent episode, my face appears to have been restructured to bear a permanent grimace.

The story went something like this (needless to say, you’ll find spoilers here!):

A penniless man arrives at the family’s doorstep begging for food. He stays at the door for several hours, sobbing uncontrollably about his woeful condition. The fact that the show’s writers managed to squeeze jokes into the episode with such a background story, is a remarkable feat.

But wait, it gets funnier! Momo- that silly amnesic goose, forgets to feed the beggar and he starves to death at their threshold. The household enters a state of panic; the trademark, overacted ‘family crisis’ scenario that is the heart of the show’s success.

Hilarity ensues as they come together to figure out ways to dispose of the beggar’s corpse, and avoid taking responsibility for his demise. The writers decide that the situation isn’t sepulchral enough, so they add another twist: the poor man’s son arrives at the door, inquiring about his father.

Momo’s husband accidentally informs the son that his father is dead (funny sound effects are played in the background). At the end of this – let’s say ‘awkward’ conversation – the son rushes over the father’s dead body, hugging it and moaning inconsolably.

A final twist in the story ultimately pulls it out of its morbid state, but by then I had already switched off the TV in disgust (I later called a friend to find out what the ending was, so I could finish writing this blog.)

I’m familiar with dark humour, but this is supposed to be family comedy for ammi, abu, nanu, guria and munna to enjoy together. There may be an audience for the show that lol’d and rofl’d through the episode, but I didn’t.

My lack of amusement was blamed on my missing sense of humour, or my alleged hypersensitivity. But I had my reasons to frown:

One, that the episode is airing in a country where there’s an obvious culture of treating beggars as sub-humans; pestilent beings who cause such great inconvenience to us haves by dropping dead on or near our properties.

Also, it’s thing like these that fuel our annoyance towards the poor. They are consistently represented as brutes, con-artists or members of a begging ‘industry’, a street syndicate, running a lucrative business based on our generosity.

These cases are certainly not non-existent. But they are wildly exaggerated by privileged Pakistanis so they can feel less guilty about not giving a damn about the poor. So that we may ignore, insult and shoo away the needy, without an ounce of remorse.

Under these prevailing social conditions, the episode in question came off (at least to me) as callous and excruciatingly unfunny.

Call me ‘sensitive’, but it worries me that we’re a society where human starvation is passé enough to be spun casually into a family comedy for us all to laugh at, and move on with our businesses.