Wali Flo Shah’s success story: When he refused to let poverty break him 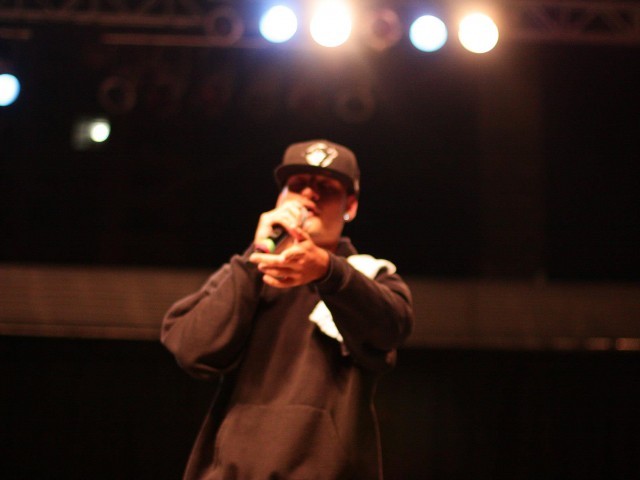 “I know you’d expect this kid to be a criminal,
But before you judge someone, don’t be as cynical
Because that child wasn’t a story,
That child was me.”

Thus, eighteen-year-old Wali Shah ended his powerful spoken word ‘The Child’, narrating his journey as an immigrant child – battling economic hardships at home and a troubled gangster life outside in Toronto, Canada. For his narration, he received a standing ovation at a prestigious event at United Way, attended by dignitaries in the city of Mississauga.

I met Wali Shah later in his home, located in a modest, middle class rental apartment building. As his Mom received us with a ‘Salam’ in Urdu, the chords of Pakistani roots were instantly struck. Her eyes shone extra brightly when I mentioned I was there to write about her son.

Wali’s parents migrated to Canada 17 years ago from a turbulent Pakistan with one dream – to give a peaceful life to their kids.

The hardships were instant – to struggle for a job, to earn enough to pay the bills, to somehow place food on the table and similar frustrations. As Wali mentions in his poetry:

“So imagine a child at six years old,
Who was constantly bullied,
Even his parents would scold him,
So thin from malnutrition,
No food in his belly
And no food in his kitchen.”

The Canada outside the four walls of their small apartment was like heaven – beautiful houses, shiny cars on roads, glittery shops stuffed with colourful goodies. Like any child, he yearned to walk out of a shop with a bag full of his favourite toys and candy. However, for Wali, this was a dream only to be looked at from a distance in his mind.

Wali would get upset at his helplessness. At the mere age of five, one day he could not hold back and ran away with a water gun from a toy shop. The cops followed him home, and took it back.

“The bullies were so powerful and looked so cool.”

He idolised them and wanted to be like them.

When his family relocated, they also changed Wali’s school. In his preteens, he began to ‘fit in’ with powerful gangsters. Hanging out with gangs, getting into fights, bashing people and receiving warnings from the police became his way of life even before he hit teenage.

“He was a cage bottled rage;
A maze full of madness,
Pains was his address,
With mail from sadness.
Growing up he started dealing and stealing,
A 12-year-old mind turned into a villain.”

He wrote his first rap at age 12, about ‘breaking noses, wielding guns, and knives’.

Rapping was his love, worth as much, if not more, as basketballs, hats, Lamborghinis, and his dreams.

This turbulent life carried on till he was charged for assault and put behind bars at the age of 15 in 2009.

“After this, he knew his record would never be gone,
And worst of all they cuffed him right in front of his mom,
They threw him in the back, as his mothers eyes filled with tears,
The boy almost 15 had a mind full of fears,
They took him to division 12,
He spent that night behind bars,
And crushed his fantasy of having money and fast cars.”

Bitter reality had knocked the doors of his thoughts, and he was haunted by the face of his crying Mom.

“He did two things that night,
he cried and he thought.”

“So that changed you?” I asked.

“No. It’s hard to change overnight, but I woke up.”

Once out of jail, he wanted to stay away from violence but he was beaten up by others from his former gang for having deserted them. The injuries were so severe that he could not eat for three months.

As he stayed determined to change his life, he was embraced by a social science teacher in high school. He became Wali’s mentor. Wali’s anger was still there, but its direction had been altered. He wanted to change his circumstances through hard work and his gift of poetry (rap).

“My poetry now changed its message, from violent references to social issues close to my heart,” says Wali.

His first official rap video, ‘King of the Castle’, with powerful words against bullying, came out in March 2013.

“Don’t ever let anyone tell you that you are worthless,
See your imperfection, for what makes you perfect.”

Many youngsters could relate to it, and he was liked instantly. Today, the video has about 57,000 hits on YouTube and Wali is often invited to events as a celebrity rapper or for spoken word poetry.

I could see Wali found peace by sharing his struggles through poetry. His mother admits she was extremely upset about Wali being talking of his dark past, but the respect and strength that he got alleviated her pain and doubts.

“Wali is a good boy, only his circumstances were bad,” she says about her son.

Wali has just graduated from high school with honours and an A+. He is excited about his admission to the prestigious University of Toronto, Mississauga, but apprehensive of the expectations from him. He dreams of being a lawyer or a teacher and he wants to inspire others.

He wants to keep channelling his energy into his gift of spoken word and rap on social issues. Already very eloquent in his thoughts and words, he is under training at the Speaker’s Bureau to be able to inspire other troubled youngsters.

“Your poetry is so touching,” I remarked.

“Because they are my feeling turned into words,” said Wali, smiling. “My goal is to use music as a tool to move others and spread awareness about social issues.”

He sees no differences between people of different skin colours.

“I grew up like a black kid – same issues, same struggles, same prejudices. Racial slurs were hurled at me – things like ‘Paki’ and ‘sand nigger’.”

He has strong faith in Allah (SWT) but says he’s unsure if he’s a good Muslim. On extremism, he said,

“No no, anger should be channelised to make this a better world, not worse.”

Even if you don't have similar beliefs as others, have the audacity to respect theirs and leave a good impression of how you convey your own

“What would you want to say to the youngsters?” I asked him, like many before me may have asked him.

He responded with an opening verses of his poem:

“Don’t judge the book by its cover,
Don’t judge a man by his skin, by his colour.
Stereotyping has become more of a fashion,
And evolves into genocide when put into action;
And as our actions turn into reactions,
We ruin our children who have minds full of passion.”

As his mother came out to see us off, I could her eyes sparkle and I knew why. This time, someone had knocked the door of her house to inquire about her son’s achievements instead of cops coming to nab him.

With goosebumps and tears in my eyes, I drove out of the parking lot, wishing many more such sparkling moments for this woman and a bright future for Wali Shah.