HEC University rankings: Why not Indus Valley, IBA or NCA? 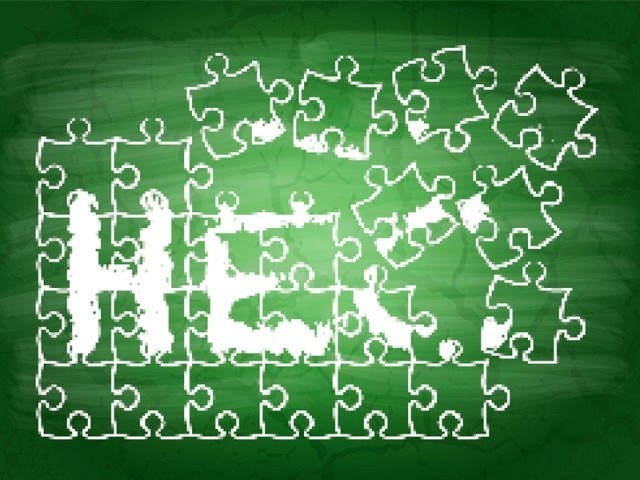 If we want our universities to become more than just followers of a committee and a standard of rules, we must let them find their own ways. PHOTO: FILE

The headlines are in, folks; scholars can stop holding their breath now. The HEC, or the Higher Education Commission of Pakistan, has declared irrevocably who is the best in the business.

The HEC has provided us with some very serious looking numbers that tell us which university is ‘fit’ according to its standards. It includes the analysis of how many HEC research and travel grants and HEC approved PhDs were included in the universities.

It all seems kind of circular, but anyway.

The problem with singular, all-powerful bodies such as the HEC is that there is no check and balance on their judgment. If institutions are to disagree with their decisions, they risk losing all support and all grants.

The HEC ranked the Lahore University of Management Sciences (LUMS), Aga Khan University Hospital (AKUH) and National University of Science and Technology (NUST) on top in the fields of business management, medicine and general disciplines respectively. While these are credible universities that offer credible and valuable degrees, one must pose a few questions forward.

If a certain university refuses to comply with HEC’s policies and yet manages to retain a certain standard (otherwise popular universities such as Lahore School of Economics, Indus Valley School of Art and Architecture Karachi, National College of Arts Lahore, Bahauddin Zakarya University Multan, Institute of Business Management, Karachi were ranked low by the HEC), would that mean that a student should not consider it worthy? Are we to assume that adhering to HEC and maintaining a standard are mutually exclusive?

You cannot walk your own path and expect reward from high government bodies, it seems. I am curious to know whether external agencies were contacted in the assessment of these rankings and also wonder about how much influence the HEC itself has in wanting a certain institution to shine brighter than the other.

Why are there no universities for Performing Arts and Arts? What is the criteria of assessment of such universities? Do we even consider performing arts and media sciences as a discipline of education – or does that, too, fall under the ‘general’ category?

We also need to question why these bodies are still under government patronage. Education, above all, should be transparent and not under the control of a bureaucratic agenda. It is no surprise, therefore, that universities speak out against these rankings when they see their hard work and dedication completely ignored or snubbed with no given explanation for decisions that may shape their future. Statements made by the Rector of Lahore School of Economics are simply the tip of the iceberg of how these rankings tend to affect institutions.

Whatever the HEC’s stance may be in response to the criticism, one thing is for sure; transparency is of the utmost importance in such a sensitive and critical decision. The HEC should employ or at least seek the help of independent agencies and other non governmental institutions in order to compile with these rankings.

While education commissions in most countries fall under governmental rule or the ministry of education, the United States has an independent body (the Council for Higher Education Accreditation – CHEA). Quite obviously thus, some of the top universities in the world belong to the United States. If we want our universities to become more than just followers of a committee and a standard of rules, we must let them find their own way.

Competition between education institutions is a good way to help institutes maintain excellence, but the standards by which these universities are measured against leaves much to the imagination.

Every few years or so there is a furore of the HEC snubbing some university over the other, every year some slightly unknown, underdog of a university seems to come up and provides for a perfect topic to discuss for post-dinner chai. Apart from these slightly interesting controversies, there has been no question regarding the HEC’s methods.

While Mr Javaid Leghari insists that the usage of independent bodies would be established in the next ranking, the issue of one sole body deciding who is good enough and who isn’t, hardly seems fair – especially when it comes to education.