If Pakistan acquires drone technology from the US … 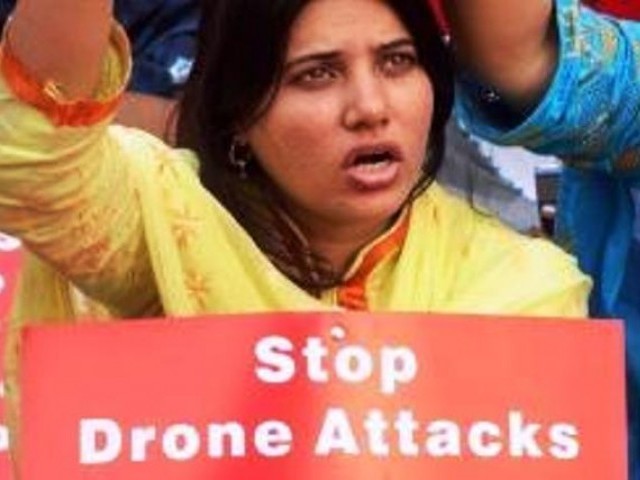 So what happens to the growing militancy in the area? PHOTO: AFP

Regular militant attacks have now become a norm in Pakistan. The situation on the ground suggests that tracking and hunting militants is difficult, whereas for militants, carrying out their activities at will is easier. In terms of numbers, drones have killed more militants in FATA compared to on ground operations, but these drones do not conform with legal parameters set by the Pakistani constitution.

A few weeks ago, I wrote a blog on drones and the need for the Pakistan government and the military to come out clean on the issue. On July 8, 2013, it was reported that the Pakistani government is considering asking the US officially for the drone technology as a diplomatic effort to placate the people of the tribal areas as well resolve the prevailing legal issues connected with the CIA-led drone attacks. As interesting as this may sound, the probability for such an occurrence is highly unlikely.

But the real question however remains, will the United States be willing to transfer the drone technology to Pakistan, and even if it does, would the use of drones by Pakistan instead of the US lower anti-US sentiment?

For both these questions, I can only guess the answer to be a negative and there are a numerous reasons as to why this is so.

Pakistan will not target all militants.

First and foremost, the United States enjoys virtual monopoly over drone technology; the US and Israel are known to be the most successful manufacturers of predator drones to date. Although countries like Russia, China, India, and even Pakistan are trying to make combat-capable drones, and even claim to possess them, their effectiveness if yet to be seen. For that reason, the US may not be willing to risk imparting crucial information regarding its sophisticated technology.

Another reason – which is one of the major hindrances for Pakistan in acquiring drone technology – is the hesitation to launch a full blown offensive against the Haqqani network in North Waziristan, solely because of the army’s past relationship with the outfit. Policy makers in the US, advocating against the transfer the technology to Pakistan, are of the opinion that drones would solely be used to target anti-Pakistan factions and splinters, such as the TTP, whilst the Haqqani network will be ignored.

It is ‘America’s war’ not ours!

Even if somehow the Pakistani Army manages to get a hold of the technology, the resentment against the United States may reduce the slightest bit, but a drone will always remain an ‘American weapon’. The religious and conservative outfits will still use the “America’s War” rhetoric to reignite feelings of anger against the army and the US.

Smoothing out the ‘kinks’ (collateral damage)

Drones have been successful in eliminating many terrorists, wanted both by Pakistan as well as the United States. Some reports and comments have also suggested that the local people in the affected areas, in some cases, prefer the drone strikes over the operations conducted by the Pakistan Army.

Taking collateral damage on one side, many do question the method by which a certain target is found. One of the infamous methods used by drones is called the “Signature strike” method. This includes making an assessment of signature traits like appearance, behaviour, movement and way of life before making the final call to attack. Such methods, however, carry high chances of misjudgment of identity and thus may result in the death of innocent civilians.

Thus, if the Pakistani Army were to take over the drone strikes in Pakistan, the problem with the technology will not just simmer away and so no real solution to avoid collateral damage will be reached.

The solution? There is none.

The PTI and PML-N have been strong advocates of negotiations with the Pakistani Taliban in hopes of reaching some sort of compromise which will help both sides. These talks were seen as the only long term solution to the war without the loss of life, however the Taliban have withdrawn their offer for peace talks leaving a military offensive as the only option left.

Yet, at the mention of a full-scale operation in Waziristan, the Pakistan Army cites itself as being occupied at other fronts and claims that it is unable to fully commit. That leaves us with just drone strikes that are termed illegal as per Pakistani law and in essence we are left with no real solution.

So what happens to the growing militancy in the area?

The only solution to counter militancy in Fata is to ensure that the writ of the state is implemented in full and legal structures are established. Unfortunately, with all the road-blocks we have, how this will be done or by who still remains a mystery.