Will we ever witness another talent like Ronnie O’Sullivan again? 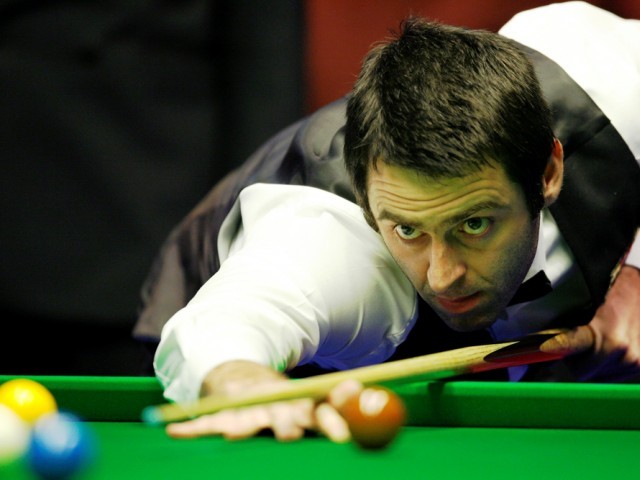 The greatest snooker player ever?

Will we ever witness another talent like Ronnie O’Sullivan again? The answer to that question is a very definite ‘no’ in my mind.

First, we need to put Ronnie O’Sullivan’s career into perspective. He has been ranked world number one five times, won the World Championships three times and has won an incredible twenty two rankings titles in his career so far.

He is second on the list of all time competitive match century breaks at a whopping  605, second only to the much loved legend of the game Stephen Hendry.

While there has been a lot of hot talk about whom the greatest player in  snooker really is between Ronnie O’Sullivan and Stephen Hendry, two events in the recent past should have all but put any lingering doubts to bed.

The first was after Stephen Hendry’s shocking loss to O’Sullivan in the  2008 semi-finals of the 888.com World Championships, where Stephen Hendry went up 4-1 on frames only to be beaten for 12 straight frames thereafter. At one point Hendry was forced to remain glued to his seat while Ronnie “The Rocket” O’Sullivan scored an incredible 448 unanswered points. All credit should go to Stephen Hendry who immediately applauded and recognized O’Sullivan’s achievement going so far as to say that O’Sullivan was the greatest talent the game had ever seen hands down. A view that was further supported by Steve Davis, another legend of the game who now commentates for the BBC on snooker events worldwide and is nothing short of an authority on the game.

The second event that will remind us that Ronnie O’Sullivan is second to none took place at the World Championships at Glasgow just a few days ago. Three balls into the frame, O’ Sullivan sought clarification as to what the purse was for a perfect game of 147. Some will call this utter audacity and an embarrassment to the sponsors but I see it as the most transparent show of self-confidence in a sport since Babe Ruth pointed to the stands behind center field in the 1932 World Series, a declaration that he would hit a home run right up the middle and out of the park on the next pitch, which he did.

I see the world through the lens of probabilities when it comes to sporting feats and one slug out of the park is a lot easier than declaring you are about to make thirty plus consecutive shots without a mistake. Simply put, Ronnie O’ Sullivan’s declaration was the greatest single show of belief in ones talent I have ever seen in my life. What happened next though, was somehow even better.

Having reached 140 with only the black ball to pot. O’Sullivan left the ball on the table and went over to shake his competitors hand, in effect giving up a perfect game. He cited the fact that there wasn’t enough money involved as an incentive for him to pot the black, which he later did after he was guilted into it by the referee but I think there was far more going on than met the eye of the average fan.

In my personal opinion, O’ Sullivan was taking advantage of the opportunity of having caught the lime light to highlight the subject of a lack of monetary incentives to players in the modern game of snooker. In doing so, he has sent a strong message to sponsors urging them to come up with funds so as not to embarrass themselves in the future.

Whether or not he will be successful in his crusade is irrelevant – the fact that he used a moment that should have been about him and transformed it into a moment to try and benefit the well being of every professional snooker player world wide is probably his careers greatest accomplishment. Nothing that any other player has done in the history of the game has sent such a clear message of a champions affection for the sport he plays and the games ultimate best interest over his own.

While Ronnie O’ Sullivan is on a roll, I urge sports fans globally that have not had the chance to fully experience Ronnie at the snooker table to take a few minutes out of their day this week to watch a few of his matches at the World Championships or at the very least re-live the memories with him potting the fastest 147 of all time here. I can guarantee it won’t be time you’d ever want back, because as far as I’m concerned there will never be another Ronnie O’ Sullivan. Ever.