Arif Alvi on co-education: Why succumb to the Taliban? 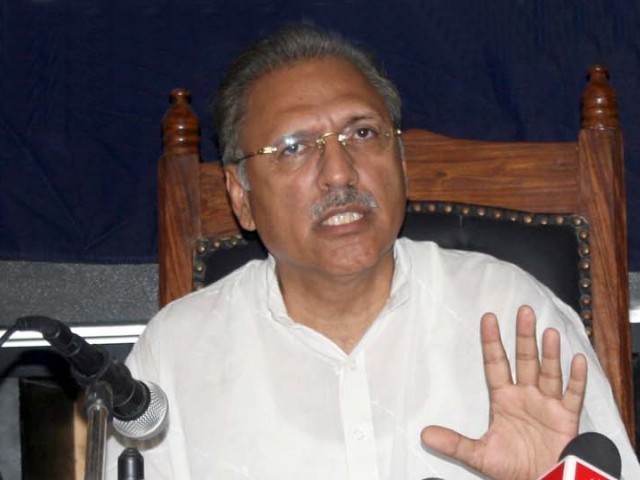 It is ironic how Alvi was voted in after immense controversy by the so-called educated urban elite of Karachi. PHOTO: PPI

Recently, a controversial statement was made by the champion of Clifton and Defence, MNA Arif Alvi, who also happens to be the Chief Whip of PTI. He felt, during a television talk show, that it was perfectly acceptable to give in to the Taliban’s demand for the abolishment of coeducational schooling.

He voiced his opinion on this topic and stated that segregating schooling was something cultural and acceptable.

Some Pakistanis including myself might believe that giving into anything that the Taliban demand by force is as bad a blow to Pakistani sovereignty as illegal drone strikes, but that’s just the pseudo-liberal lot and beside the point.

Alvi later took it to Twitter to clarify his stance and spoke about how parents had the right to choose whichever kind of schooling they wanted their children to receive and that kind of schooling (whether co-ed or single-sex) in any given constituency should be decided democratically.

It is worthwhile to mention here that the effectiveness of Twitter clarifications is also questionable due to the amount of Pakistanis that might use Twitter and Pakistan’s low percentage of internet penetration. The number of television viewers on the other hand has to be far greater. Also, such clarification after a massive wave of criticism seems more damage control than actual political stance, and once something of this sort is said, true opinion seems to come to light and it is very difficult to put the cat back in the bag.

Later revelations aside, during the said show, Alvi made some very interesting points. He thought coeducation was not exactly compatible with all of Pakistan and even hinted that if someone disagreed, St Joseph’s School in Karachi should be shut down. Also, with reference to a meeting with representatives of the Australian High Commission, he said we (the PTI) are very concerned about women’s rights but don’t believe in imposing these rights.

Churches and Western countries have separate boys & girls schools. People have a right to choose which school shud they send children to

Again, most of Pakistan including myself might disagree and feel regardless of all politics and democratic decrees that both single-sex and co-ed options should be available to constituents, and that where ever women’s rights are being oppressed, those rights should be imposed irrespective of cultural norms or traditions.

Choice whether there shud be co-education or not shud be made democraticaly & not under pressure,by parents, local and provincial governmnts

Arif Alvi did NOT say ppl have right to choose between coed or not. I did. He advocated shutting them. C show on facebook/dchowk

On the topic of women’s rights, Khan also quite recently voiced his discontent over reserved seats for women in parliament and later went on to have his party represent the lowest percentage of women contesting on general seats during the 2013 election. The icing on the cake though has to be the agreement that PTI co-signed with a number of political parties in Khyber Pakhtunkhwa (K-P), which they currently rule, to bar women from voting in Upper and Lower Dir. Let’s also not forget that PTI is currently coalition partners with Jamaat-e-Islami in K-P who have also historically not been the strongest supporters of women’s rights either.

Coming back to MNA Alvi, it is indeed very interesting that he supports the idea of the abolishment of co-ed schooling particularly in regions that the Taliban menace is rampant because the Taliban have also had a history of attacking girls’ schools and colleges and are very opposed to girls being educated. Malala Yousufzai seems like a very appropriate name to quote at this point. Thus, supposing co-ed education is banned by law, how comfortable might families be to send their daughters to places that could very well be obvious extremist targets is also a relevant concern.

This whole business of negotiating with irrational savages just seems confusing and futile. It has to be reiterated, so that there is no middle ground to accommodate what the Taliban want, while obeying the laws and regulations set by the Constitution of Pakistan.

One has to wonder what Alvi’s take might be on the workplace and whether he feels men and women should interact with each other after school and after completion of their education.

The economic viability of having to now build two different schools for both sexes also cannot be ignored in a third world country where primary education as a whole is already facing a significant number of obstacles and problems.

To conclude, it is ironic how Alvi was voted in after immense controversy by the so-called educated urban elite of Karachi; one must wonder whether this was the Naya Pakistan they spent hours in line to vote for, not once but twice, and then even risked their lives by protesting outside on the streets for days on end.

Surely, campaigning is a lot more fun than actually having to govern.