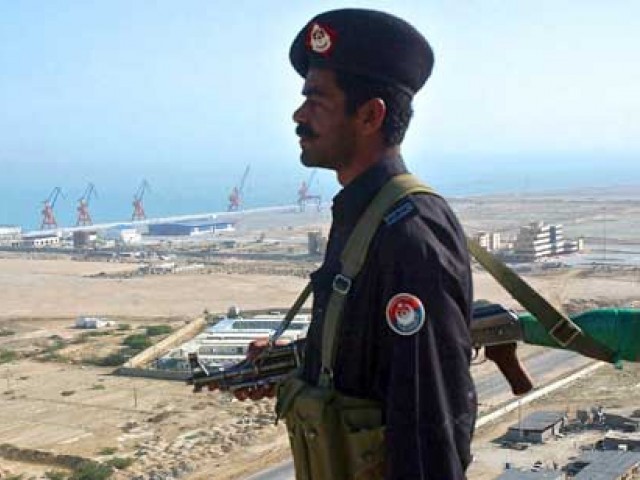 How can one imagine the plight of these poor people, working long hours, clad in uniforms which do not respire? PHOTO: AFP

While driving home from office on a late afternoon, something was bothering me. It did not take long to realise that it was the few drops of sweat appearing on my forehead. Despite the car air conditioner working at full throttle, I was about to start cursing the hot and humid weather, when I had to stop at a red light, which happened to be near a private school.

In waiting for the signal to turn green, I just glanced around to see, what instantly made me sort of guilty for getting agitated just minutes before. The scene absorbed me completely. Two security guards were standing under the scorching sun without a shelter. These poor men have to work for a square meal for themselves and their families, while bearing the brutal heat. Even more painful was the uniform they were wearing, made of a very deep blue synthetic cloth. It also reminded me of many such guards outside schools, banks or even outside some private homes.

It is unfortunate to realise how little thought has gone into choosing the colour and texture of their uniform. One usually sees such a combination either visiting abroad or in movies, of countries which are dominated by a cold climate all year around. However, the situation in Pakistan is altogether different, since we have a warm, even downright, hot climate combined with humidity for the most part. How can one imagine the plight of these poor people, working long hours, clad in uniforms which do not respire? You really have to be wear one to understand what they go through.

But, it also made me think of the wisdom evolved by our ancestors and even the British during their rule, which was based on common sense, derived from the observation to live in the local environmental conditions. Making houses with ceilings high enough to accommodate windows and roshandaans for good ventilation, thick walls for insulation against heat and cold and weather-friendly cotton clothes for those who remained outdoor to perform their duties, are a few examples of good sense prevailing.

Over the years, living conditions have certainly improved but not the dress sense, particularly, for these poor people and one can only ask the ‘designers’ of these apparel to spend half a day standing out in the sun to comprehend the meaning of walking in someone else’s shoes.