Taking the Nokia N8 for a spin 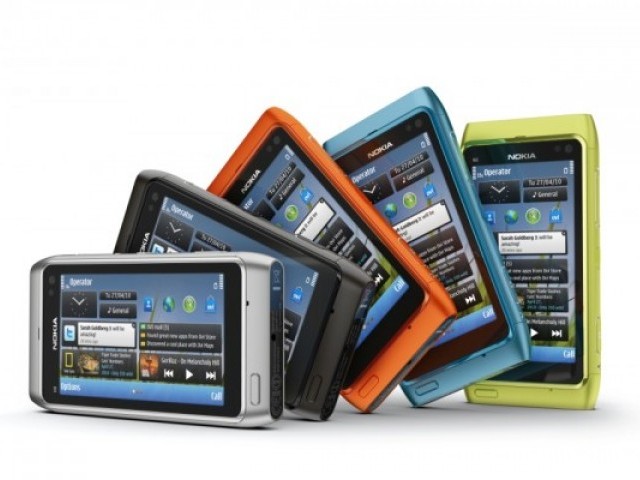 Nokia N8 comes in a range of colours, which might win over a larger market.

Nokia has been promising to deliver the goods in terms of a ‘sexy’ high-end Smartphone for some time now and a lot of Nokia fans (you can throw a stone in any direction and likely hit a few ‘Nokians’ in Pakistan) have their hopes set on the N8, which is going to be available via Ufone (and reportedly one can pre-book a set as of now) in the local market at a figure of roughly Rs40,000.

I’ve had the pleasure of playing around with this phone during an N8 pre-launch event in Dubai, so let’s take a look at what this incoming set has to offer and whether it is worthy of the N series title.

(For those who insist on ‘press release’ formalities read the block quote below – for everyone else, skip straight ahead to the review).

The Nokia N8, the first in Nokia’s new family of faster, more intuitive Symbian smartphones, is set to bring consumers in the region a true social computing experience that combines great usability with a personalizable and fast user interface.

“We expect big things from the Nokia N8.  Powered by the all new Symbian platform, which brings significant enhancements in speed and ease of use, it is tightly integrated with enhanced Ovi services and apps, and reinforces Nokia’s vision of a mobile industry that is increasingly being defined by socially connected, location-based devices and experiences,” said Henri Mattila, Solution Marketing Manager.

The N8 makes a string of Smart phone claims in this video here and this provides a nice structure for tackling the bright-chirpy-feel-good promo material.

I’m going to skip over the run-of-the-mill specs, voice quality, SMS, email stuff which you can read about all over the internet. I want to see whether this phone has something truly unique to offer.

It’s an established fact that Nokia’s Ovi application store simply cannot compete with the indecently large number of apps available for the iPhone, so if you’re the kind of person who likes to brag about the sheer number of options available to you, an iPhone 3 is still a smart way to go (Note: I do not put the N8 in league with the iPhone 4).

That being said, the N8 is kind of pretty on-screen. The crisp display and the flick scrolling through apps and the ease with which they can be set in various groupings to customize your (three) home screens is fun. It somehow lacks the cool factor of the iPhone, but fun, yes. I particularly liked the ‘press and hold’ to choose app placement on-screen and just flicking stuff around to create a fairly diverse set of themes.

Since I’m not big on having 50 plus apps on my phone, the N8 does well enough on this front. One of the major plus points with this phone is the sheer number of apps you can have running at the same time without experiencing performance issues. During the presentation on multimedia I had minor palpitations when I saw the Nokia staffer turn on a 3D game, the web browser, web TV and global navigation while playing a full length HD movie all at the same time.

Last but not least (for the ultra-geeks out there), while I did not get to see this demonstrated, making a custom app on the N8 is free, allegedly takes just minutes to do and if it makes it to the Ovi store and starts selling, you earn 70% of the profits. I give the N8 an 8.5/10 here.

The N8 I got to test was having a bit of trouble connecting to the internet (not the greatest thing to experience at a launch event) but given that I have yet to come to terms with my social networking experience being on the phone, the N8 had a very intuitive, very fast system in place for Facebook, and it simplifies all sorts of little tasks like accepting events in that right-hand column which would be all hell managing on a BlackBerry.

Twitter was fun too and moving between apps was a simple process (and there is a no-brainer easy to stab with thumb ‘X’ symbol for killing apps) which added to the overall experience. Also keep in mind that the web browser is Java enabled so there is suddenly a massive range of content available. I give the N8 a 9/10 for this.

So the N8 has the widest lens of all phone cameras, the biggest pixel size and ratio developed by Carl Zeiss and according to the Nokia flunky I was speaking to it “makes the need for owning a digital camera completely obsolete”. Maybe it was just my bad day, but I snapped at least a dozen pictures with the N8 – all indoors, in low light, bright light and stale green light (odd choice of colour for an event) and the camera simply refused to give me a decent picture. They were mostly sharp, sure. They were bright enough, sure. They were probably better than other phone cameras out there (maybe) but at the end of the day, it still seems to be very much a ‘phone camera’.

The colours were not authentic (even on vivid setting) and the overall quality of the photos as seen on the phone display itself was okay/good but there is no chance I would give up my medium range digital camera for the N8. In fact I hate to say this, but the colours I was getting for the same photograph on my ancient K770i Cybershot were just a tad nicer (even though overall picture quality wasn’t). Sorry Carl Zeiss.

I will say this though – the N8 saves pictures so fast you can barely blink before its ready for you to snap again. The flash is deadly bright, pictures in bright sunlight do look stunning, and apparently there are tons of tools available for editing the pictures within the N8 itself. Too bad I’m a Photoshop whiz and would never use them, but for the layman they might prove handy. I give the camera a 7.5/10.

Claim 4: Shoot your masterpiece in HD

Just to keep this short after the camera rant above, the video quality was very good and it’s nice that they’re stored in an easy format for playing on the PC. Given the 16gb in-built memory, you can safely press record and take home the entire family picnic with no fear of running out of space. Also, the N8 processor is amazingly fast! Yes, you can record a video AND play Need for Speed at the same time on this phone without a glitch (though why you’d be doing that is another question altogether).

This hardcore processing speed also brings an end to endless minutes of tapping your foot waiting for the video to save. I give the N8’s video capabilities an 8/10, but I still wouldn’t ditch my medium range digital camera.

Claim 5: Enjoy your music your way

If you’ve seen/used the iPhone’s music carousel which displays album art which you can flick through with ease, the N8 offers exactly the same – though instead of album art circling through dark space, it sort of slides off into the distance diagonally. It’s not terribly innovative, but why reinvent the wheel eh? The N8 also offers great sound ala Dolby Digital Surround (but this I will discuss in the home theatre section). Flicking through your music collection is super fast and super slick looking – I just couldn’t find an actual ‘search’ option. If anyone can enlighten me on this, I will raise the N8’s music score from 8 to 8.5/10.

Claim 6: Watch TV from your pocket

Web TV is here in a big way! Well no, actually it isn’t. The N8 comes bundled with web TV offering live streaming of some content of local/international channels which Nokia has deals with, but this will likely take some time to work out in Pakistan and additionally, during the presentation on web TV, the phone spent ages connecting to al Jazeera, dropped the connection a couple of times and well… let’s just say this might not be a big feature for the local market, especially with low-end connectivity. I give web TV on the N8 a 5/10.

Claim 7: Connect to your home theatre in HD

This is by far the most outstanding feature of the N8 for me, and kudos to Nokia for really keeping the consumer in mind while developing this. The demonstration I was given showed off the N8’s Dolby Digital Surround sound (awesome), showed off the quality of HD video play back (super awesome), demonstrated how easy it is to hook up your phone to an HD TV (sweet) and how a little wire adapter allows one to connect any USB device (or hard drive) to the phone (awesome) thus greatly expanding the available hard disk space.

I can totally picture myself sitting down for a movie with friends where everyone whips out their phones to see what films they have lying around, or who’s music list we want to plug in to the surround system. It’s all very intuitive, well thought out and a stab at establishing some real value in the N8, which gets a 9/10 here.

Nokia has developed maps for a steadily growing number of countries (over 70) which operate not only at the driving level, but also at the ‘walk’ level. While this is a truly fantastic feat, unfortunately, the Pakistan map is still in development and may take up to 2011 to complete. So for the local user, if you travel a lot, this is a great feature, else plan to download an app which gives you your Pakistan mapping needs. No rating for this one.

Summary: It’s not technology, it’s what you do with it

So would I buy the N8 for an entry price round about Rs40,000? If I was a serious buyer in the market for a high-end Smartphone and I wanted a sensible option, yes. The N8 comes with basically all the needs of today’s user and scores really well in all its categories and claims, and looks good to boot. It is worth the money (for those who can afford it) and it won’t disappoint once in hand.

The only hesitation I would have in giving a clear thumbs up to the N8 is the fact that ‘sensible option’ is not always a winner on the high-end of the phone market. There is definitely something lacking about the N8 when it boils down to comparing it to a similarly priced BlackBerry or iPhone, and this may purely be an issue of brand perception rather than actual phone quality.

No matter how fantastic the N8 may be, I still doubt it can compete with the BlackBerry peer pressure and the iPhone’s elite status prevailing in this market segment. If I was a serious buyer, I would ask myself, can I fight off the BlackBerry crowd who will condemn me for not buying a BB – and if I tell them I bought the N8 for its super cool features and technology, wont the iPhone crowd step in and laugh at me?

This is up to the serious buyer to decide.