NSA and PRISM: Say a wrong word and you’re on the watch list 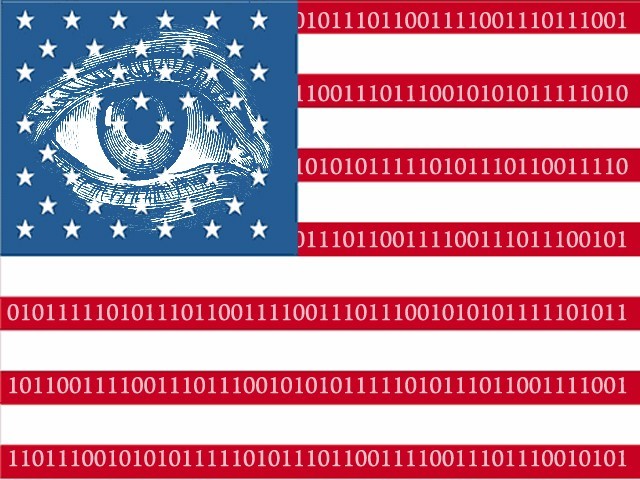 With all the noise about national security, these states will eventually want the internet to be absolutely regulated - for the safety of their citizens, of course. DESIGN: IMAAN SHEIKH

Edward Snowden, a former employee of the National Security Agency (NSA), has created a nightmare for the United States government by leaking information about a programme called ‘PRISM’.

The programme, run by the NSA, essentially aims at comprehensively monitoring all calls in and out of the US. It sifts through huge amounts of user data collected from cyber big wigs such as Apple, Microsoft and Facebook. Once the agency has this wild amount of data, it uses a sophisticated tool called ‘Boundless Informant‘ to make sense of it.

I must admit, the uproar as a result of the PRISM leaks is a bit surprising for me. Such measures by the US government have been in place for years, reinforced by the security narrative that ran over all media outlets 24/7 in the post 9/11 era. The US Congress happily passed multiple bills, one after the other, handing out virtually unlimited powers to the likes of NSA. It was a ‘we just want things done’ attitude, which the Congressmen believed would be the solution to all security problems.

Sadly, even when it is a terrible cliché, the phrase ‘With great power, comes great responsibility’ has never lost relevance. In fact, it is even more important in the context of intelligence agencies running amok, with unlimited power while legislatures seem more keen on handing them permissions rather than also devising accountability measures along with it. So when the NSA chief claims that despite access to a virtually infinite amount of data from telecom giants, they probed only 300 numbers during the last six months, many habitually sceptical fellows like me tend not to believe him.

I would brood more over the PRISM revelations but shuttering my talent of nagging for a moment, I wish to draw attention to a greater problem. We all remember how once upon a time, one of the big boys fired up a nuke and then along came a scurrying army of other big boys wanting in on the shiny, new toy. That sums up the nuclear arms race quite aptly, ignoring the particulars. The nightmare for the digital net-izens of this world is that a similar digital arms race has commenced and as in the past, the Yanks are leading the pack.

I would normally dismiss the US hegemony in this area as yet another instance of life being unfair, but the problem is that the other big boys are aspiring for bigger guns – and the nest that the likes of NSA have stirred isn’t settling any time soon. The US government essentially shot the gun to announce the start of this cyber warfare. As always, the pretext of security, the permission of the Congress and the complacence of the courts came in no time, despite blatant constitutional violations.

So when China, Russia and Iran realised that the cyber ‘divisions’ of the US intelligence agencies are proactively waging global, cyber warfare in a desperate attempt to gain undisputed dominance, they stirred into motion. Russia is like the bad boy who rarely gets his chances; China, on the other hand, is the brooding, dark fellow who does not like to follow others one bit. I do not mean to say that both of them are good-natured chaps who sprung into action only after the US started going astray. All I’m suggesting is that the brazen attempts by the US government to make America the ‘super power’ of the digital world essentially made things formal. And after the genius ‘Stuxnet’ and ‘Flame’ malwares, which were cyber weapons created by US and Israel to destroy Iran’s facilities, were revealed by Russia’s Kaspersky Labs, it was the sound of the bugle to form the battle lines.

Evil as it is, the decision of the US government to monitor its own citizens as well as people from the rest of the world has set a dangerous precedent. And others, such as China and Russia, will attempt similar monitoring projects on the pretext of security.

Russia has Eugene Kaspersky, who is a heavy-weight and is considered the future of digital security. Sadly, the man is conservative despite extensive exposure to the epidemic of technology and believes that to curb this disease, digital passports are the future of internet. There go all your hopes of anonymity, political dissent and freedom of speech – not that Russian internet users afford much of them currently.

China, on the other hand, has evidently no stated policy on cyber warfare, although Chinese cyber warriors keep stealing industrial and military designs from the US organisations. Incidentally, China has also recently taken away the crown from the US of being the host of the most powerful computer in the world. Gearing up to fight off Chinese hacking attempts? No use – these guys have so much computing power and resources that even your heroic fantasies will be exhausted.

All these developments happening in the three countries leading tech advancement in this world are turning our dear internet into a mesh of mines. Say a wrong word and you’re on the watch list – it may range from ‘drone’, ‘jihad’, ‘Osama’ in the US to ‘America’, ‘freedom’ and ‘politics’ in Russia or China. In fact, given the current state of affairs, Eugene Kaspersky’s notion of a ‘digital passport’ doesn’t seem that far-fetched. After all, with all the noise about national security, these states will eventually want the internet to be absolutely regulated – for the safety of their citizens, of course.

I’d call this an Orwellian nightmare or a scene out of ‘1984’, but I’m thinking even George Orwell would be a tad out of words if he was alive today.