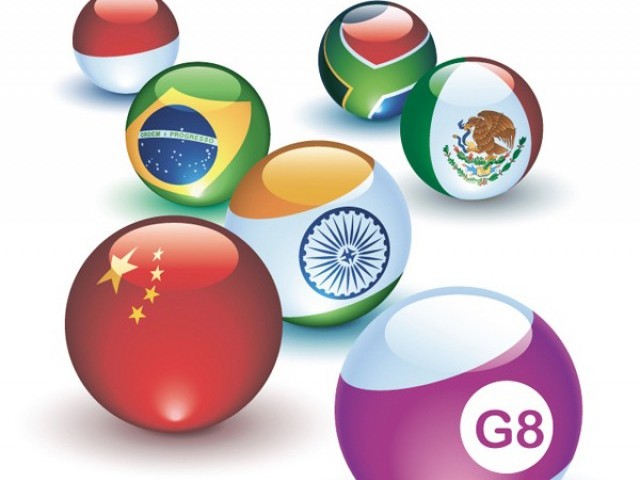 Pakistan needs to make a decision about its future sooner rather than later.

“We need to accept responsibility for America’s unique role in preserving and extending an international order friendly to our security, our prosperity, and our principles”

While reading this statement, one inevitably notices the emphasis on the word “our.” Besides, when the US President says “God Bless America”, one wonders, “Ok, God Bless America…but what about the rest of us?”

These are the questions that arise in the minds of Pakistanis and these are the concerns that Hillary Clinton attempted to address (quite unsuccessfully) in her recent charity trip to Pakistan.

Today, America stands at crossroads and so does Pakistan. In these perilous times of change, Pakistan needs to re-assess its loyalties and determine a long term national policy, independent of the influences of Washington. There are many reasons to believe that it is high time for policy makers in Pakistan to act.

The world is changing

Three years ago, an editorial of the New York Times hinted towards the “emergence of a multi-polar world” where China will take the centre stage. A year later, in November 2008, a report of the US National Intelligence Council titled ‘Global Trends 2025’ was published.

While declaring the advent of a “global multi-polar system” as one of world’s relative certainties, this report stated that “by 2025 a single ‘international community’ composed of nation-states will no longer exist.

Power will be more dispersed with the newer players bringing new rules of the game while risks will increase that the traditional Western alliances will weaken.” This dramatic change would occur, according to the report, as “the unprecedented shift in relative wealth and economic power roughly from West to East now under way will continue.”

Perhaps it makes quite good sense that this imminence of an overturning of the world order is a much more tangible and scarier threat to the US than the ubiquitous terrorism!

American leadership in a multi-polar world

Today, America stands at a point in its history where the biggest challenge faced by the US establishment is to retain what they call “American global leadership.” As political events in the world unfold, it seems that the US policy makers and the establishment are facing a tough time making things go as planned. International political actors have started taking increasing liberty while making decisions and the script from Washington is fast becoming obsolete.

The most important countries for the future

According to most estimates, China is projected to take over the US as the largest economy in the world in the next 15 years. The rise of China will be unique and sensational, a drama whose script is not written in Washington DC. This will be the onset of an Asian-centered world order.

To add to America’s distress, besides China, new players with independent foreign policies are also emerging. According to a recent report published by PricewaterhouseCoopers, titled ‘The World in 2050,’ what they have called the ‘E7’ emerging economies, namely China, India, Brazil, Turkey, Indonesia, Mexico and Russia, are on their way to become 50 per cent larger than the current G7 economies by the year 2050. What is implicit in this projection is a turning of the “world order,” upside down.

More alarming for the Western powers is the fact that these emerging powers have already started exercising their independent political wills. Turkey is consolidating itself to play a role in Middle Eastern politics, especially vis-à-vis the Israeli-Palestinian conflict. On the other hand, Brazil, a Security Council member, which has grown to become the eighth largest economy in the world, is also asserting its increasing economic power through independent policy measures.  The Turkey-Iran-Brazil nuclear agreement is being touted as a failure for US policy makers and their recent, rather embarrassing sanctions on Iran. The US seems to be overwhelmed with the new challenges confronting it. Besides, the US policy vis-à-vis Iran is also showing signs of impotency.

What happens to Pakistan

While the US struggles with its conscience and its overstretched wars, Pakistan, its ally in the war on terrorism, stands at a most troublesome point in the history of its existence. Being labelled as ‘Jihadistan’ by international media and marred by its internal turmoil, Pakistan needs to make a decision about its future sooner rather than later. Pakistan stands at the centre of International politics at the moment and it needs to act, contrary to its history, in its true ‘national interest.’ This is important because amongst the other six emerging powers of the new century, there is Pakistan’s traditional foe, India.

With its high-tech sector growing at a phenomenal rate, India is emerging as an economic and political heavyweight.  According to The US National Intelligence Council, India is projected to be the world’s fourth largest economy by 2025. Besides being a matter of shame for Pakistan, it is a caveat for the Pakistani government to act in a timely manner. India has invested over a billion dollars in Afghanistan. Indian lobbies in Capitol Hill are pursuing her interests aggressively. And since the Americans are aware of India’s prospective status in the years to come, they bow towards Indians without any reluctance. The recent visit of Hillary Clinton and the hastily signed Pak-Afghan transit agreement, followed by David Cameron’s point scoring trip to India are testament to the mounting Indian pressure.

Time to step up to the plate

This entire scenario of changing dynamics in international politics and the emergence of a multi-polar world only points to one conclusion with respect to the future of Pakistan. The most pressing need of the hour is a long term national policy. The running of the state on a day-to-day basis has brought Pakistan on the brink of collapse, with the present government only interested in petty maneuvers to hide their incompetence and somehow cling to power. For a country like Pakistan, which is clinging to the wrong boat in risky waters, it is high time to judge the direction of the current and come up with a coherent long term national policy for the coming decades.

What lacks in the power circles of the Pakistani government is the initiative to re-orient themselves towards those who can be trusted for the long term. The good news is that the emerging powers (minus India) have always had cordial relations with Pakistan. It is high time that Pakistan stops cleaning the mess created by the US and pays attention to its own national interest while being aware, at the same time, of the direction in which the winds of change are blowing.