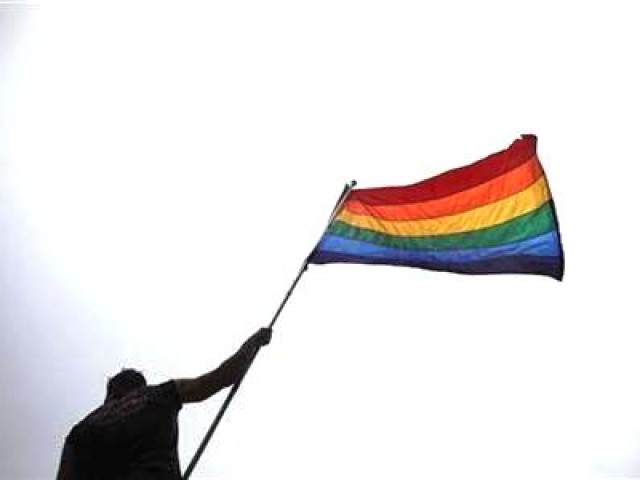 The story came soon after the findings of a Pew Research Centre poll on global acceptance of homosexuality were released — findings which showed only two per cent of Pakistanis feel homosexuality should be accepted by society, placing the motherland second behind Nigeria.

Fry, a trivia master, was referring to the ostracisation of ‘different’ people by social groups based on differences in sexual orientation. A couple of gay dogs will not be banished from the pack if the others find out about their lack of interest in ‘lady dogs’.

Hate can be defined as an intense hostility or dislike based in fear or anger. In the case of hateful attitudes towards minority groups — which include religious, ethnic and linguistic minorities along with homosexuals and those who may look different due to disease or birth defect — the dislike and fear is usually based on the perception that such groups are non-conformist — refusing to act or look like the majority population.

Solomon Asch, one of the fathers of social psychology, performed a series conformity experiments in which he demonstrated the influence of group pressure on opinions. One experiment hinged on correctly identifying a set of cards. He found that most test subjects agreed with the incorrect findings of the majority, despite the same subjects privately acknowledging that they knew they chose the wrong option. His conclusion was the existence of normative influences —the willingness to conform publicly to attain social reward and avoid social punishment.

Comedian Chris Rock once joked about how, when you meet somebody for the first time, you’re not meeting them. You’re meeting their representative.

That is conformism in a nutshell.

Many of us would be unwilling to express our true colours for fear of rejection by our peers, so we suppress them. However, in the privacy of our own homes, those true colours come out, and pornography, be it straight, gay, transsexual or other, is one of the ways in which suppressed sexual inclinations come out. Misguided hormonal teenagers in a society that ostracises almost everything about human sexuality including holding hands, except when done by two men, will inevitably go for the easy option — the one whose hand they can hold in public.

Alongside the role of conformism in suppressing awareness of the extent of homosexuality, rigid conservatism plays a role in suppressing awareness of many health-related subjects. A few years back, a joint Guttmacher Institute – National Committee for Maternal and Neonatal Health study found that of the women who came to a certain hospital in Karachi with post-abortion complications, only seven per cent were willing to admit to the doctor that they had undergone abortions. Considering that one needs to get pregnant to have an abortion, Karachi has singlehandedly made the miracle of the virgin seem less miraculous.

At the same time, birth control advertisements in Pakistan often avoid referring to what the product is. There is a birth control product called ‘Chabi’ which began advertising many years back. It wasn’t until I asked a friend who is an OBGYN (Obstetrics and Gynecology) that I found out what kind of product it was. There was also an ad for a local condom brand which did not use the word ‘condom’ or the term ‘birth control’ anywhere in the ad, only the silhouette of a couple walking with a child.

On a bleaker note, there was a case in the middle east where a bisexual man with AIDS said he only used protection with male partners because he thought doing things ‘the way they are supposed to be done’ would do no harm. In Islamabad, a serial killer of young girls claimed he was raping his ‘virgin’ victims to cure his AIDS.

Meanwhile, a private boys’ school in Lahore saw parents protesting because an Islamiat teacher offered a rudimentary explanation of what a woman’s period was after having informed the students that women are exempt from certain religious duties at ‘that time of the month’. In Karachi, and elsewhere, schools have been criticised and threatened for teaching ‘sex education’ to 12-year-olds. In each case, what was being taught was actually a biology lesson on puberty, which starts around the same age.

On related note, a friend —an only child —once complained about his fiancé, now wife, ‘overreacting’ when he told her to stop complaining about abdominal cramps. He said,

“Everyone has cramps if they exercise too much”.

I wonder how long the marriage would have lasted if I hadn’t explained what she was going through and told him to apologise immediately.

And then there are drugs. Parents rarely say anything other than “drugs are bad”. But then, they say the same thing about smoking, so kids try it out. A friend of mine almost died of an overdose because he thought heroin and cigarettes were equally bad, all because he didn’t know better. Not everyone is as lucky.

Parents protest over these things because they think learning about them will cause harm to their children. It won’t. On the other hand, not knowing these things and ‘learning’ about them from the streets will.