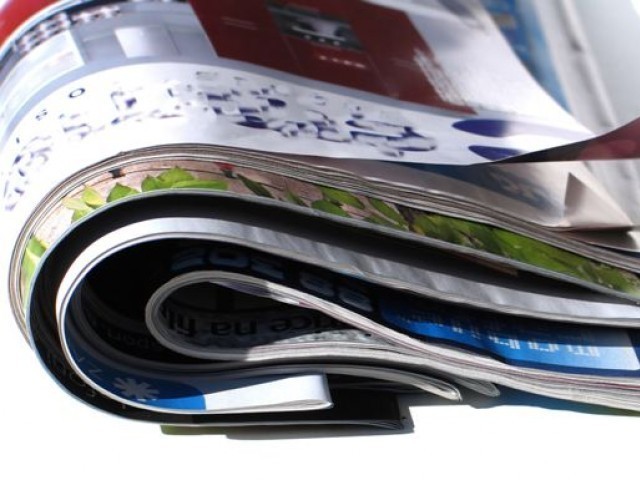 I was surprised to read that such an innocuous magazine was able to "offend" the clergy class in Pakistan. PHOTO: FILE

Teacher to Akram and Aslam: You both failed the test because you were late for class. Why were you late?

Akram: Sir, I was busy looking for my atthani which I lost on my way to school today.

Teacher: What is your reason Aslam?

Aslam: (Sheepishly): Sorry sir, but I was standing on top of his atthani, hiding it.

Reading such knock-knock jokes on the last page of The Lahore is one of my fondest memories of growing up in Lahore.

At the age of ten, honestly, I could not comprehend the literary, cultural and political content of the magazine. So of course, I was surprised to read that such an innocuous magazine was able to “offend” the clergy class in Pakistan.

For the past two months, the largely Ahmadi administration of the magazine is barred from entering their own property by hardliners belonging to the United Khatam-i-Nabuwat. They helplessly see their valuables stolen and a 61-year-long tenure of The Lahore effectively coming to a halt as a result of the vigilante siege.

The clerics claim they want the magazine banned to “get God’s blessings.” These are, largely, the same people who would also support public flogging of women, restrict private use of internet, and ban routine consumption of Shezan; remember, the sweet mango drink? (Man that was so Ahmadi!)

These are the same people who typically seek to stop someone else from doing something in order to get God’s blessings.

One wonders, if making life miserable for millions of Ahmadis was truly a source of securing God’s blessings, then why, when it comes to tragedy, all roads lead to Pakistan?

Oh, and the charge of blasphemy. That is so frivolous, it doesn’t need to be refuted unless the facts are published in the media.

Whenever I read about another human rights violation in the name of God – against any group in Pakistan – I get trepidations.  How much more mayhem can our poor nation sustain?

When will we identify our real enemy? And will it be too late by then?

Unless you have a brain tumour in the frontal lobe of your brain, there is little reason to be optimistic about the future of minorities in Pakistan. They will continue to be harassed, tortured, and beleaguered in the near future.