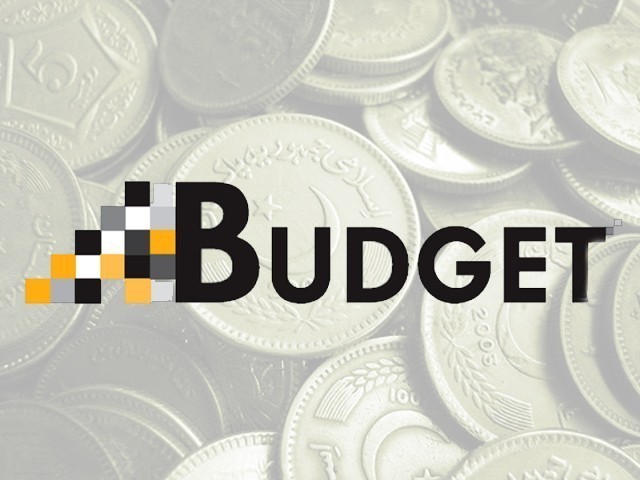 This is a golden opportunity for the PML-N leadership to make their ‘Asian Tiger”slogan a reality. PHOTO: FILE

“The political cost of economic decisions is the worst nightmare for the policy-making circles particularly political parties and this is what plays the most significant role in budgetary allocations.”

The federal budget 2013-14 has proved this statement correct. With the new political administration at the helm of affairs, the situation is surely somehow different than the past five years, though not an ideal one.

A short glimpse of the budget document clearly shows that the budget is more business friendly than people friendly.

We find that the government has focused on fiscal discipline, development, power generation, political economic initiatives and has assisted in creating a business friendly environment.

Why are we even surprised? The PML-N loves businessmen. This is a budget suited for them not the common man. #budget2013

Positive aspects of the budget:

There are many things in the budget, which made me happy, particularly the few austerity measures that were announced by the prime minister in his maiden speech.

For the first time in the country’s history, a prime minister has abolished his discretionary fund, which was worth more than Rs42 billion. Similarly, secret funds of 12 ministries (used mostly for political lobbying) have also been abolished.

Merely declaring that secret fund & discretionary funds end is not enough, check & declare where & how they were spend #budget2013

Finance Minister Ishaq Dar announced a 45% cut in the expenses of the prime minister’s office and a 44% cut in the budget of the Prime Minister House. According to him, Pakistan needs a strong fiscal discipline, where every department has to perform efficiently and within the available means.

The PML-N government announced it will not keep more than 40 ministries in order to curb expenses alongside announcing a 30% reduction in non-developmental expenses of each ministry.

According to Dar, if we were to comply with the economic vision of the PML-N, the development funds will be increased by 50% to Rs540 billion.

Announcement of Karachi circular railway, continuation of the Iran-Pakistan Gas Pipeline, Nandipur power project, and Ashiana housing scheme for the entire country are a few glimpses of how the development budget will be spent.

Furthermore, the government announced an increase in the percentage of income tax for people earning more than seven million annually.

Moreover, the announcement to eliminate circular debt in 60 days is good news for the industry and people, and will surely result in some relief for the common man.

Circular debt to be resolved within 60 days. It will be revolutionary if implemented. #Budget2013

The defence budget has been jacked up to Rs627.2 billion for the financial year beginning July 1, compared to Rs545.3 billion allocated in the outgoing fiscal year. This shows an increase of Rs82 billion.

Finally, my prime concern, the Higher Education Commission is allocated Rs57.4 billion. You can find Javed Laghari’s statement in The Express Tribune.

Though allocation is at minimum in Education Sector, still its commendable to see HEC finally getting attention in #budget2013.

Looking at the initiatives, that are mostly criticised for their political motives we find various successful programs pursued by Shahbaz Sharif’s Punjab government spread all over the country. The Free Laptop scheme, the national internship program, cheap loans for young entrepreneurs and the Qarz-e-Hasana program are a few particularly youth welfare projects.

The continuation of the Benazir Income Support Program has been a good development, though the government changed its name. I wish they could retain the original name alongside developing a transparent mechanism to ensure fair distribution of the money to people who deserve it.

Every educated Pakistani understands that the economic performance of the previous government has been more than dismal. While recognising the change and a few important initiatives of the government, Ishaq Dar disappointed us on a few but very important notes.

For instance, the government has increased the General Sales Tax (GST) by 1%, this will definitely effect everyone. However, why did they skip imposing capital gain tax on rich stock brokers?

Moreover, if a professional earning more than Rsseven million a year is taxed, why are you skipping “the feudal lords” earning billions from their agricultural lands?

Nobody denies that Pakistan needs a sound tax culture, where the burden of the running state is endured by all. However, the strong lobbies of industrialists and “zamindars” once again succeeded in not allowing their incomes to be taxed.

We provide subsidised urea, fertilisers and seeds to them, which is more than enough of a reason to tax them!

Similarly, we find that the ‘wealth tax’ has been revised, but do not understand the mechanism and its effects. Above all, we have seen that Federal Board Revenue (FBR) has been missing its tax collection targets for the past three years, is it guaranteed that it will achieve ambitious targets this time?

The bottleneck in tax collection is administrative corruption in various departments that cause a whooping loss of around Rs500 billion.

I do trust that the new leadership will address this problem seriously. Similarly, the booming housing sector and luxury apartments are still out of the tax net. We are encouraging the import of hybrid cars at a time when we are unable to supply power to homes and industries!

The last but not the least important point is about the salaries of government employees. Increasing minimum pension to Rs5000 is very good, but what about their pay?

Pensioners are more in number and hence, necessitate greater investment as compared to salaried employees. At least a 10% increment in the salaries should have been made to help people avoid the shocks of the official 13% inflation rate.

Conclusively, economic decision making in Pakistan has always been crippled by the lack of vision, short-sightedness, political expediencies and weak governments. With a stable and strong government in the centre, we do believe that the government will take all possible measures to restructure the economy.

The documentation of economy, taxing rich, targeted subsidies, the elimination of non-development expenditures and focusing on long-term plans are a few possible measures that can help Pakistan achieve economic freedom and sustainable growth.

In short, the budget has its pros and cons, we can debate everything; however, I believe that every Pakistani will have to support the government for its difficult but correct economic decisions.

This is a golden opportunity for the PML-N leadership to make their ‘Asian Tiger’ slogan a reality.

Political maturity and economic wisdom has to be compatible in order for it to work. This can also be done by promoting education and not hiding anything from the public.

A digital marketing professional based in Lahore. He loves to writes about business, technology and digital trends. He tweets @tahirakbr