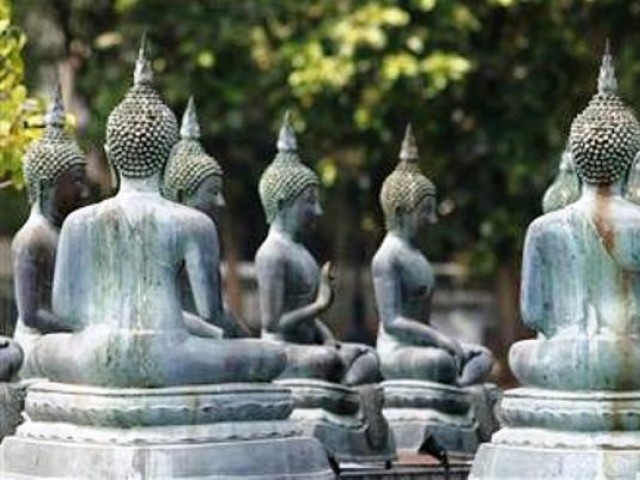 There have been many interesting periods which have enriched the Sri Lankan history of art. PHOTO: REUTERS

One can recall Pakistani culture, when standing in front of the National Museum of Sri Lanka – the most beautiful and historic place in Colombo. The visitors always talk about South Asian culture and art, particularly, Buddhist art in Pakistan.

Governments of both countries are also fostering a relationship based on the shared cultural heritage. Now, the High Commission of Pakistan in Colombo is taking steps to send replicas of key artefacts that can be kept permanently at the museum in Colombo.

Watching the history of the Stone antiquities Gallery of the Colombo National Museum, I was told that it goes as far back as the commencement of the museum in 1877, which was opened to the public when Sri Lanka, Pakistan, Bangladesh and India were being governed by the British. All stones in the gallery shared a similarity to Pakistani stones.

Bali paintings constitute an integral part of the painting tradition of Sri Lanka. The Krsna-raksa Bali cloth painting on display was drawn by JE Sedaraman. It is significant to note that many of the murals copied from the Tivanka Pilimage have been destroyed over the years, due to natural causes. As such, the copies on display are of immense value for the study of the painting tradition of Sri Lanka.

A local artist in Colombo said that the excavation at Batadomba lene has reported evidence of the barter of shells and salt. According to certain stories from Jataka, which is a voluminous body of literature, Indian and Pakistani traders have been engaged in the barter of goods with the Yaksa of Sri Lanka. However, the actual coinage of Sri Lanka begins in the historical period.

There have been many interesting periods which have enriched the Sri Lankan history of art. There are various art and crafts, including jewellery, Ivory and wood carvings, metalware, precious stones, stoneware, textiles, etc, which have been practised through the ages and these shed light on the rich heritage that prevails in Sri Lanka and that is also very similar to Pakistani heritage.