Samra’s story: When marital abuse did not break her 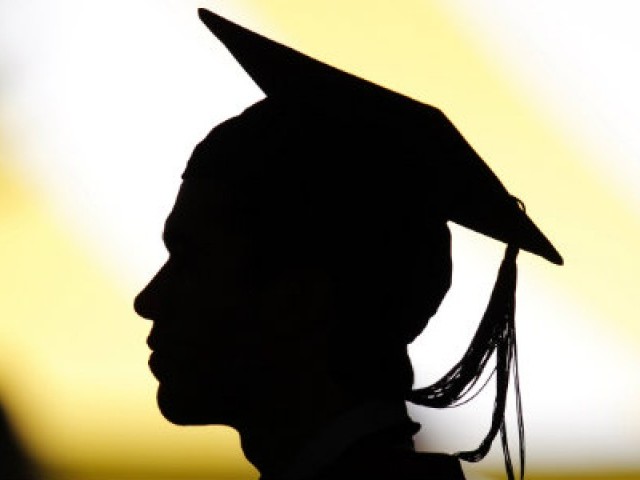 “I have no father, brother, son, or husband to support me. But I have done it, all by myself. If I can do it, anyone can.” PHOTO: REUTERS

Attending the graduation ceremony of students at the prestigious University of Toronto, my daughter pointed out Samra Zafar, saying

“She topped in Economics and she is a Pakistani!”

Samra was flanked not by parents, but two daughters, aged 12 and seven. I wanted to know more about her, and hence invited her over to our house next evening.

At home, while sipping tea, Samra shared her 14 year journey with me and I was absolutely floored by her story.

In 1999, in Abu Dhabi, Samra was a brilliant 16-years-old student of grade 11, dreaming to go to a foreign university to pursue higher studies. Her only fault was that she was tall and extremely good looking – she was a dream bride. Hence when the proposal from a ‘well settled boy in Canada’ arrived, it was difficult for her working class parents to refuse. Eldest of four daughters, the parents thought this would give her a great opportunity to go aboard and pursue her dream, under the safety of her husband and in-laws.

The in-laws reassured their support too.

However, once married and in Canada, things changed. She was told,

“The atmosphere in high schools is not good, and hence it is better to not be thankless and stay happy at home.”

Samra refused to give up though and completed her high school courses through distance learning.

Despite being a mom at the age of 18, she excelled in her high school exams and got accepted to the University of Toronto. Her husband, however, refused to support her and his good financial status left her ineligible for university loans.  She tried to convince her in laws for three years but to no avail.

Samra had not visited her parents for five years. The first time she went back was when her father sent tickets for Samra and her daughter. When she was leaving, she asked her husband fora meagre $10 so that she could have some coffee and buy some chocolate for her daughter during their transit stop at Heathrow Airport. He just snarled at here and said,

“Ask your father for that too.”

She had left and did not intend to come back, but her husband begged her to return with a promise that he would change and that she will be allowed to study this time; he said that he realised he could not live without her.  Reassured, Samra returned, only to know that once she got pregnant the second time, the physical abuse was to became worse.

“A bruise on my upper arm was a permanent fixture, as in every bout of anger, he would grab my arm really hard and squeeze. Often he pushed me, pulled my hair and spit in my face, even in front of my daughters.”

Again disheartened, she went back to her father’s home, pregnant with her second daughter. Within a couple of months her father suddenly fell ill and passed away. Samra recalls the day before his death and the advice her father gave her when he said,

“My life is uncertain, I may not live to look after you. You have to be strong and pull yourself out of this. I have always envisioned seeing you at the top of a world ranking University.”

Things had changed. Her mother was alone now and had two other unmarried daughters to support.

Samra, accepting it as fate, returned to her husband. To earn her own money, she began baby sitting in her house. As consolation to continue her work, she would give her husband some pocket money from which he would buy his cigarettes and a share to her mother in law, too, to earn their approval.

In 2008, she applied again and got accepted to the University of Toronto. This time she did not have to look to her husband for financial assistance, as her child care business could enable her to pay her own fees. However, this led to escalation of physical abuse. She was instructed by her husband on a daily basis,

“Don’t talk to your male professors, don’t talk to anyone on campus and don’t go to the library.”

The abuse was so severe, that she had to take a break after the first year. Several times she had suicidal thoughts and her self-confidence had completely shattered. That led her to a meeting with the Psychological Counsellor at the university campus. She attended the sessions in secrecy and there she was informed that what she was going through was a typical cycle of domestic abuse. And that it was not her fault, or her destiny to bear it.

“It was my daily routine to beg my husband and ask him, ‘Why do you do this? Why don’t you love me?’”

And all he replied with each time was,

“Because you deserve this.”

The psychological counselling at the university, gave her the strength to get back to university. By the second year, the abuse had become worse but she had been told that she could call 911 if need be.

“I will call the cops, if you hit me again.” She uttered once, while her husband raised his hand. That is what triggered him to say,

“I was shattered, and I did not know what to do next. If I left the house, I would not have childcare income. How would I continue to study? I had two young girls to support.”

Samra’s husband and in-laws ran from pillar to post to get Fatwas to invalidate the divorce. Samra laughs,

“Once my mother-in-law even brought a person for the necessary Halala to rectify the Talaq.”

However, by now Samra had, despite many weak moments, gathered enough strength to move out of this cyclical abuse and face what came her way.

“Do you think your mother goes to university to study only?”

“After a decade of physical, financial, psychological and emotional, abuse it was only in the summer of 2011, that I finally had the courage to go to the cops and give a detailed, date by date account of the abuse I faced, along with the evidence.”

As a result, her husband was arrested on four counts of assault. Despite two court cases, three jobs and two children, she continued to excel in her studies and became head teaching assistant.

Today, Monday June 10, 2013, at the official convocation of the prestigious University of Toronto, Samra will not only be awarded a Bachelors degree in Economics, but she will also be awarded the prestigious Top Student Award in Economics. She also has to her credit a dozen more awards given to her for her academic excellence in the past four years, including the  prestigious John H Moss Scholarship, which is awarded annually to a single student in the entire university (all three campuses). She has also been admitted to the PhD program in Economics at the University of Toronto, with a full scholarship.

When not studying or working, Samra loves cooking for her girls and gives them all the free time she gets.

“We are now the happiest we have ever been.”

I asked her how she would advise other girls who are trapped in the same scenario and to that she said,

“Do not let anyone disrespect you. Believe in yourself. You are the only one who can change your situation. It is not easy, but it isn’t impossible either. I had all the disadvantages any girl could have.”

She refers to the myth of needing a man as a support,

“I have no father, brother, son, or husband to support me. But I have done it, all by myself. If I can do it, anyone can.”