Pakistan, where humanity is dead 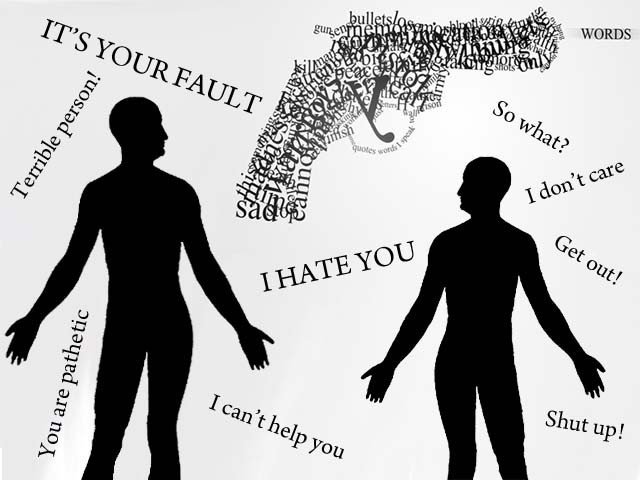 A few years ago, my aunt was driving with my uncle sitting next to her. They were in the service lane, and wanted to change lanes when my aunt saw the car next to her trying to make a turn too. She thought that the car was turning in another direction, and so, decided to proceed with the turn.

However, things didn’t work out in her favour and the two cars collided. In the accident, the other driver walked out without a scratch while my aunt was badly injured with blood oozing down her arm.

After that came the traffic fights.

People crowded around the cars to watch the spectacle. The driver kept on abusing my aunt and kept asserting that it was her fault. No one in the crowd had the empathy to see how badly hurt she was. My uncle ended the fight having assessed that both cars were insured and that they would have to head over to the emergency room to tend to my aunts wounds.

Two years later, a friend of mine was driving in the US.

It was foggy and she couldn’t tell whether there was a car was in front of her nor not. She ended up rear-ending the car and it suffered severe damage. The entire incident shook my friend up to the point that she went into shock and was just glued to the steering wheel, completely unresponsive. The American, whose car was hit, came over to her and the first thing he asked was,

“Are you all right?”

It was clearly her fault that the car was so badly hit but still the man had the common decency to care about her well being first. When the police arrived at the scene, they first assisted my friend and rushed her to the hospital as she was still in a state of shock. The man whose car was hit dropped all charges. This is what a glimpse of humanity looks like.

The wide majority of people in this country lack in displaying such a trait.

I, myself, was shocked at how insensitive the people of Pakistan have become. Recently, my uncle was admitted into a well known hospital in Karachi. He was very agitated and required two family members by his side. The doctors had permitted him to have two attendees, even though the rule of the hospital was that a patient could only have one attendee at a time. When his condition got worse, I broke down crying.

The guard there, completely unmoved by my tears, kept saying,

“It is the fault of you and your family that your uncle is so sick.”

He repeated this for over 30 minutes and then continued with,

“He was fine before and now you people keep disturbing him; he is going to get even sicker.”

Sure he was a security guard – they aren’t very well educated in this part of the world, but do you really need ‘education’ to feel for another human being? Do you really need to be literate to console somebody during their time of sorrow?

When I was visiting London, the guards there would politely ask me to step aside or guide me to where I needed to go. One guard in Saudi Arabia even gave me his slippers to go to the bathroom when I couldn’t find my slippers in the Ka’aba. They are also not very educated, so then what is the difference?

The difference is in the cultural values we are taught as children. How often does our society promote the concept of being sensitive to others’ emotions to our children? How often do we, as a society, publicly condemn those who are cruel towards other people?

We, as a society, have not only become ill-mannered but have also become desensitised towards others.

So the next time we talk or interact with someone else, we should realise that we are the representatives of our culture. We should show the world that we are not without gentility or as uncultured as many countries perceive us to be.

After all who we are, is judged by how we treat other people.

“A man’s manners are a mirror in which he shows his portrait.”

A Masters in Economics and a freelance writer. Her interests are books, movies and music. She tweets @FarahAta2