A litmus test for the PTI 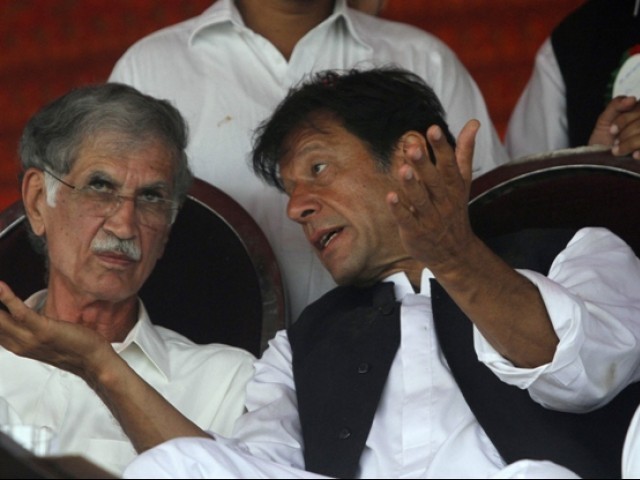 IK is confident his party will use his clout to make K-P a model province for the rest of Pakistan. PHOTO: FILE

Finally, the Pakistan Tehreek-e-Insaf (PTI) has managed to assume power in Khyber-Pakhtunkhwa (K-P) after the decisive May 11 elections. The people of K-P found Imran Khan (IK) as their messiah and rallied around him in the wake of decades-long socio-economic disparity, rampant corruption, nepotism and above all, a dismal law and order situation.

IK raised slogans against oppression and challenged the oppressive socio-economic structure in Pakistan and the people of K-P responded by voting his party into power. One may have ideological differences with him, but even his ardent detractors concede that IK was the only prominent leader in Pakistan to have raised his voice against the class system and was a serious challenger to the monopoly of a handful of families on Pakistani politics.

But then the news of the PTI offering the K-P education ministry to Jamaat-e-Islami came. His supporters say the move showed his party’s willingness to compromise and take forward other stakeholders. However, the news of nomination of close relatives of K-P Chief Minister Pervaiz Khattak to the National Assembly women’s reserved seats was not half as well received.

Favouritism and nepotism has remained the bane of our politics, and it seems no party is quite immune from these influences just yet. Just like the ANP before it, the PTI faces a complex situation in K-P, as the province is rife with religious extremism, tribalism, warlordism, and other socioeconomic disparities.

IK may be honest to the core, but the real issue he faces is how his party and elected members run the affairs of K-P while strictly following the party’s code of a level playing field to all and sundry. If IK wants to make sure his party is not routed in the next elections like the ANP, PPP, and PML-Q were this time around, he will have to ensure his party members focus their energies on the supremacy of merit and justice. IK is confident his party will use his clout to make K-P a model province for the rest of Pakistan. Let’s see how the party fares at this.

An Islamabad-based sub-editor at The Express Tribune

Education only panacea to current mess