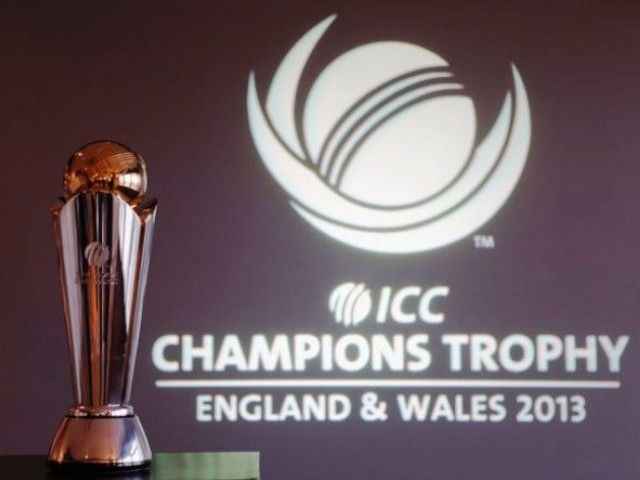 Soon, we will be cheering for our national heroes as they gear up for the final edition of the ICC Champions Trophy to be held in England and Wales between June 6, 2013 and June 23, 2013.

Let us analyse what is in store for Pakistani fans!

Pakistan’s 15 member squad includes the much anticipated pacer, Ehsan Adil along with Asad Ali – both of whom have been pretty impressive in the domestic season recently. With an impressive economy of 2.20 in 10 overs and a wicket, Asad Ali got things rolling in his debut match against Ireland in the second ODI.

On the other hand, Wahab Riaz, having fired a quick 47 against Ireland is expected to deliver some worthy all-round performances this time, considering he seemed to have lost his touch since the Mohali game in 2011.

There is hardly any concern with respect to spin bowling. Saeed Ajmal and Mohammad Hafeez will be seen in action – although all eyes will be on Abdur Rehman who is expected to add some fuel to the fire. The slow left arm spinner grabbed four wickets in the second game against Ireland, giving us a hint of what he might have in store for us this month.

Having said that, Umar Gul, and his magic with a new ball and early wicket-taking, will undoubtedly be missed on such a pitch. His techniques have been Pakistan’s trump card pretty often.

In addition to those changes,  junior Akmal has been replaced with the equally procure Umar Amin in the batting line-up.

The biggest (or not so big) blow to the side is the absence of a certain Afridi. What can one say, ‘A champions trophy being played without Shahid Afridi?’ doesn’t really have that ring to it.

Despite being a traditional Afridi fan since the start, I’d still look at this exclusion as a plus not only for the team but for the man himself. Considering his rough, inconsistent form trailing along since quite a while now, a break from the international cricket circuit along with a string of unceasing critical remarks was well overdue.

Although, the psychological impact of merely having him present in the line-up affected both Pakistan and the opponent team – unfortunately, we will have to do without that bit of excitement this time around.

Pakistan is set to face their first encounter against West Indies on June 7, 2013; however, the most awaited match of the tournament will take place on June 15, when Pakistan and India will battle it out at Edgbaston.

One argument that wriggles-in when considering Pakistan’s chances in the group stage matches is that having just returned from a backbreaking IPL season, many West Indies, Indian and South African players might lack the rested preparedness and spark required for this tournament. However, Chris Gayle, Virat Kohli and Hashim Amla are some of the mighty players who have proven time and again, that rest or no rest, they are formidable on field.

All things considered, the results of many of the matches will be difficult to predict – just like in the case of the West Indies versus Pakistan, as they haven’t faced each other since the ODIs in May 2011

Having lost an ODI series to South Africa earlier this year, Pakistan could potentially be seen under pressure in the group match on June 10. Players like AB de Villiers and Hashim Amla who had put some lavish batting on display, outstripping our bowling attack this March, might be the danger factor. This is where bowlers like Mohammad Irfan will be functional, having grabbed 11 wickets against the Proteas in March.

Although I’m, personally not a big Farhat fan,  I believe he and Mohammad Hafeez can be considered a decent left-right combination to open with – followed by the lefty Nasir Jamshed. Another reason why I believe Imran should be played would be his knock off 93 against a seasoned bowling attack of Steyn and Tsotsobe two months back.

Pakistan definitely holds positive momentum against India having beaten them 2-1 on their turf recently. Having said that, team India could be running in good form having just finished a long season of IPL. However, almost eight weeks of continuous T20 cricket might have a strenuous effect on the Dhoni XI.

On an ending note, Pakistan should let go of its ‘all eggs in one basket’ stance by paying extra attention to their batting line-up, as it recently showed no signs of strength against Ireland. The biggest dilemma for Pakistan has been the upper-middle order toppling. Shoaib Malik, Asad Shafiq and Kamran Akmal must deliver in order to get Pakistan through the group stage.

Not having a single Champions Trophy title to its name, hopes are high that the men in green will bring the last cup home. Skipper Misbahul Haq has the duty of substance to live up to and will definitely bring the best out of the boys.

Eight nations, one champion and 18 days of sensational ODI cricket; it’s time to gear up!