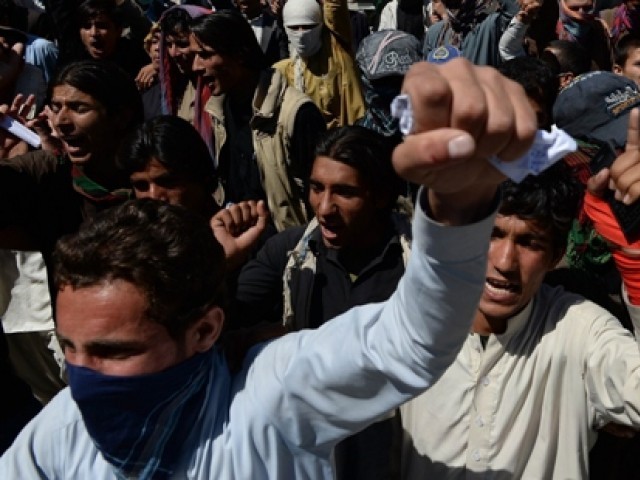 The book also looks into the topics which are directly related to democracy but are not discussed in depth by the political parties in their own manifestos and internal meetings. PHOTO: AFP

Election fever has topped the charts during the last few weeks. Debates about democracy and its related aspects have been making rounds from streets to classrooms to talk-shows. While most agree that the democratic process is the most appropriate way to govern the country, there are many who raise questions about the credibility of many of the political parties.

As evident by the name, the book speaks about the contradictions present in Pakistani democracy. It discusses how parties that make tall claims to nurture democracy in the country have systematically killed the democratic culture within their own ranks and prefer to be run by a handful of personalities rather than with the majority opinion.

The book also looks into the topics which are directly related to democracy but are not discussed in depth by the political parties in their own manifestos and internal meetings.

It discusses the issues confronting Pakistan, such as terrorism, provincial autonomy, women participation in politics and the issue of creating new provinces. The book analyses how all these issues are interconnected with democracy and how have they been ignored in the past decades.

One of the salient features of the book is the author’s research. The book includes direct quotes of experts on different issues and suggests their solutions to the problems faced by the country.

The author has consulted 33 books to write his own book, which speaks of the breadth of research involved.

The narration by the author is spontaneous and makes me feel as if I am listening to Salman Abid rather than merely reading his book. Pakistan Main Jumhooriyat Key Tazadaat will be of particular importance in understanding the contradictions of Pakistani politics and help readers comprehend how democracy adopted the form it currently has over the period of time in Pakistan.

The author, despite writing about all the contradictions of Pakistani politics, is hopeful it will evolve, grow and mature if it is allowed to run its course, thus suggesting that no intervention should be made come what may.