Women’s empowerment and literacy: Have we underestimated the Northern areas? 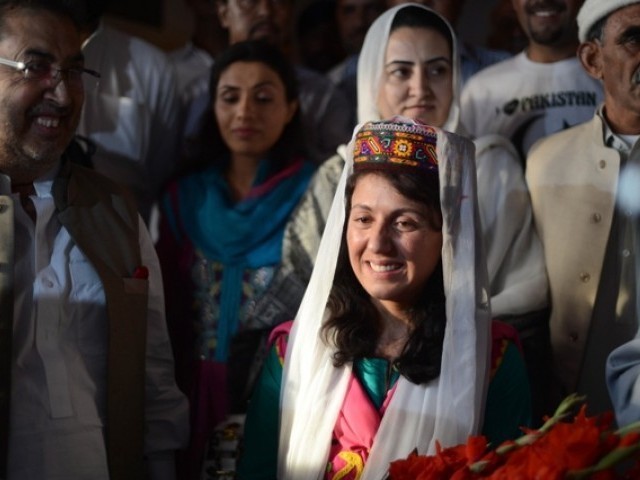 The people of Northern Pakistan do not just reside on a higher altitude; in fact they are above us in many ways. They are healthier, wealthier and wiser.

The northern areas of Pakistan, in addition to being one of the most beautiful places on earth, house some of the most brilliant people in our country (some of whom I’ve had the privilege to meet). Although I have had many friends from this area, I came abreast with their true potential and capabilities about six months ago, when I attended a residential youth camp with participants from all over Pakistan.

A considerable number of participants had their roots in the northern areas. Their array of talents ranged from academics and social work to sports and even politics. If you think of them like I did – as shalwar-kameez clad, conservative people – then your view is about to change, forever.

The northern areas of Pakistan consist of the Gilgit-Baltistan region, with Hindukush, Karakoram and western Himalayas guarding it on the north and south respectively. It borders to the north with Afghanistan and China, to the south with India and Azad Kashmir and to the west with Khyber Pakhtunkhwa.

Populated by 1,800,000 people (according to 2008 census), the territory of present-day Gilgit–Baltistan became a separate administrative unit in 1970 under the name of Northern Areas, formed by the amalgamation of the Gilgit Agency, the Baltistan District of the Ladakh Wazarat, and the states of Hunza and Nagar.

On August 29, 2009, the Pakistani cabinet passed the Gilgit-Baltistan Empowerment and Self-Governance Order, 2009, which was later signed by the President. The order contracted self-rule to the people of Gilgit-Baltistan, by creating an elected Gilgit-Baltistan Legislative Assembly among other things. Gilgit–Baltistan thus gained de facto province-like status without constitutionally being a province.

When education is a national emergency, the literacy rate of the region is considerably higher than the rest of the country, and whatever the demographic facts might say, the people are sincere towards education with over 2,100 schools and educational institutions, most of them are community-based with primary and secondary schools and adult education centres.

The people have formed various community-based programs with help from NGOs and strongly believe that they can solve their problems creatively and peacefully. But sadly, Pakistan has not integrated them further in the country’s affairs on the grounds of its international obligations over the Kashmir dispute. Consequently, these enlightened people do not have the right to vote in the Senate and National Assembly.

In spite of all the stereotypes about them, the people of northern areas continue to show a rather educated, constructive and liberal face of Pakistan to the world. The most recent examples are of Natasha Baig from Hunza being selected as one of the only six participants in the show Cornetto Music Icons from all over Pakistan and Samina Baig also from Hunza who became the Pakistani woman to conquer the peak of Mount Everest.

Apart from these two in the field of sports, the northern areas have given Pakistan a female arm-wrestling champion and a few international female cricketers.

Another example is of Hina Hazrat from Chitral, a student in Karachi University, who founded The Youth Republic, a global youth network spread across 135 countries, which bagged the runner-up award in the World Youth Summit, 2012 in Canada, competing with 1224 entries from 122 UN member states who submitted their projects in the global contest.

Yet another example is of Saeeda Mirbaz Khan, who after writing a 100-page essay for an international competition, came out a winner, beating 1900 essays from 25 countries. She was honoured by the then prime minister, Yousaf Raza Gilani, and was inducted as youth governor of Gilgit-Baltistan in the National Youth Assembly.

Judging from the above, women empowerment seems to be thriving in the northern areas, when it has yet to find a way even in the most educated and posh locales of urban Pakistan.

The list of their contributions is endless. But we find it easier to marginalise people instead of acknowledging their talents. Six months ago, my whole perception about these people changed forever. Now, I know that northern areas of Pakistan are synonymous with education, dedication to their country and empowerment.

A student who enjoys music, movies and reading. He blogs about things that, in his view, shouldn't be accepted just as they are. Uzair tweets as @UzairIbrahim_ (twitter.com/UzairIbrahim_)

Here is why I chose Habib University

My experience at the not-so-swift NADRA offices