Drone strikes: For better or for worse? 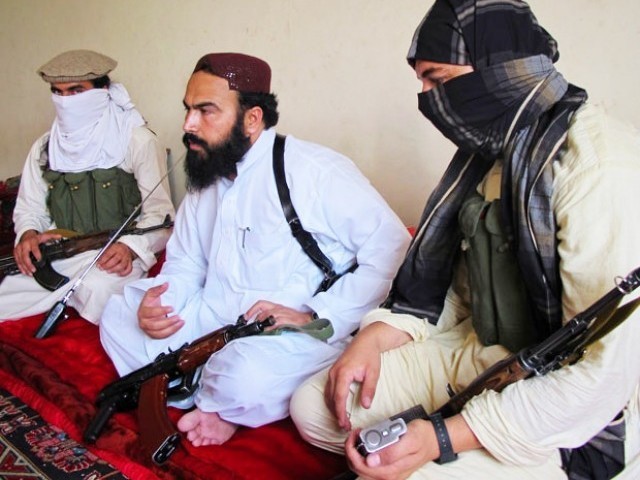 Drones are effective; they kill the most-wanted militants, reduce operational costs, minimise collateral damage and President Obama calls them “legal”. So where is the problem? Why are they so widely condemned?

Recently, a drone attack killed another militant, Waliur Rehman, in the Federally Administered Tribal Areas (FATA). He was supposedly the number two of the Tehreek-e-Taliban (TTP) – the only organisation that Pakistan considers inimical to its interests.

The TTP is a publicly stated enemy of Pakistan as it has mostly claimed ownership of suicide bombings and IED attacks which keep killing innocent Pakistanis.

Waliur Rehman’s elimination, on the face of it, means Pakistan has one less thing to worry about. Yes, it is considered as good news and Pakistanis will be even happier if Hakimullah Mehsud, the TTP supremo, is taken out the same way.

But should this continue endlessly?

It merits a dispassionate review because while drones help in eliminating unwanted elements, they do undermine Pakistan’s sovereignty, along with risking many innocent lives.

So, what are drones all about?

Due to limited media access in Fata, it becomes hard to judge the effects of drone attacks, the real number of casualties caused, along with what the locals think about such attacks and tools countering the militants, or the Mujahideen, as they call them.

My views on drones completely changed when I accidently tuned into a Pashto radio channel, broadcasting an interview from Fata, where a resident of Waziristan was praising the role drones played in helping his area get rid of militants.

That was my first reality check as before this, I could have never imagined anyone, except the US policy makers, supporting drone strikes. This motivated me to make a thorough inquiry on this issue and ask the people around, especially students belonging to Waziristan, about their views on drone attacks.

Faizan, a student from Miranshah village of North Waziristan, who frequently visits his village, had the following opinion on the issue.

“Drones infiltrate our sovereignty, which makes them something negative for our country. Yet on the other hand, our people just consider them as ‘normal’ – most call them electronic birds, knowing that they will only target the Mujahideen, and not the locals. They have a lower collateral damage compared to army operations. But, drones have also affected the locals psychologically, as most of them always remain under constant fear or threat of these drones.”

Waheed Wazir, a business graduate and a banker by profession, also comes from the same region, but shares an opposing view compared to Faizan.

“Drones are an American initiative. Even though they kill many militants, they have ruined our lives. They have crippled an entire generation, community, and have inculcated fear into the minds of minors and elders. I don’t support drone attacks or the army operations as both only aim for their targets and leave their assets. For me a dialogue is the only solution to solving the security crisis in Pakistan.”

According to statistics issued by the Bureau of Investigative Journalism, from 2004, more than 350 drone strikes have been recorded in Pakistan till date killing 2,500-3,500 people – this number includes between 400 to 900 civilian deaths. The statistics surely prove that a good number of militants have been killed in these attacks, but the civilian deaths just fuel anger against the US and this completely favours militant outfits in the region.

As discussed above, the civilian deaths helped the TTP gain support and recruit locals for their activities. Baitullah Mehsud, the ex-TPP head who himself died in a drone attack, explained in an interview in 2008 how drones helped their cause.

“I can campaign for three months to win hearts and minds of the local population—I may get 50 or 60 people to my side, but a single drone attack brings the whole village to my side”, said Mehsud.

Are drones good or bad?

It is very hard to draw a clear line on drones strikes. If there are countless antagonists denouncing drones, there are also many protagonists advocating drones and boasting the results they have produced.

Considering the harsh terrain of Waziristan, and a complex constellation of militants in the region, a full scale army offensive would hardly be on the cards. So, this leaves us with two options to counter the militants – drones and dialogue. With the dialogue eliminated, it seems as though drones are our only option.

However, whatever the case may be, I as a Pakistani, still find the topic of drones confusing because on one hand, the foreign office issues open protest after every drone attack and on the other hand we have ex-rulers like Pervez Musharraf conceding that the government had tacit drone agreements with the Americans.

Thus, a clear stance by the government of Pakistan could help in settling much of the dust.

“First as a peaceful resident of Fata, we have never supported these militants and we feel happy after a militant is targeted through drone strikes. As compared to the army operations, these drones strikes are very effective as civilian casualties are very small in number and they have are more accurate. So far, drones have targeted a number of higher ranked Taliban leaders including second-in-chief. The only reservation against the drones I have is the national integrity of Pakistan.”