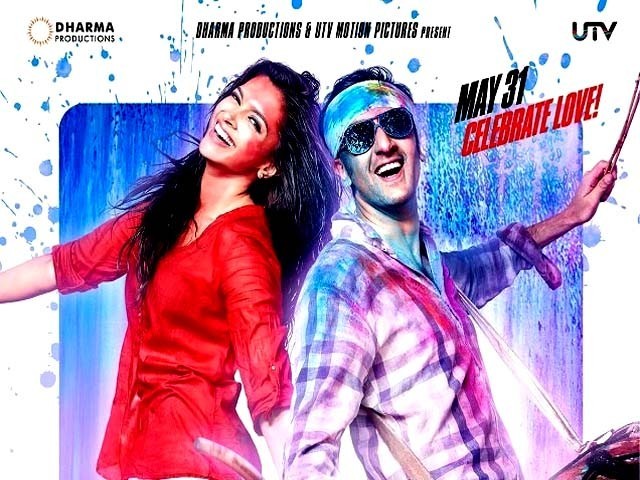 Stunning locales, gorgeous people with well-sculpted bodies, a big fat Indian ‘destination’ wedding, the predictable song and dance routines and an item number with the heartthrob of the yesteryears, Madhuri Dixit, squeezed in for good measure; Yeh Jawaani hai Deewani (YJHD) has all the makings of a Bollywood blockbuster.

By that definition, what it lacks is a good storyline/script and any semblance of originality. Yeh Jawaani Hai Deewani is a cocktail of similar stories that Bollywood churns out ad nauseum, the only variant being the actors of course.

The movie has elements of the oft repeated tale of school buddies embarking on that one trip that will forever transform their lives (you have watched Dilwale Dulhaniya Le Jayengay (DDLJ) , Zindagi Na Milegi Dobara and Dil Chahta Hai, haven’t you?).

It’s the story of a nerdy, bespectacled, obedient desi girl who has led a rather cloistered life under strict parental supervision and is now out to have her share of fun. She ends up falling irrevocably in love with the quintessential flirt (too reminiscent of DDLJ). This holiday, which our leggy lasses and their love interests are on, is not just any holiday; it’s a Himalayan trek to a peak situated 16,000ft above sea level! And in true Bollywood style, the director, in his infinite wisdom, has deemed miniskirts (in certain shots) the right attire for his heroine to scale the aforementioned peak.

That was my first clue as to the cinematic ‘treat’ that lay in store for me.

After they’re done with joyfully waltzing their way up and down the treacherous mountains, they go their separate ways and are not in regular touch thanks to their divergent futures.

Naina Talwar (played by Deepika Padukone) goes on to fulfill her (or was it her parents’) dream of becoming a doctor. Bunny Aka Kabir Thapar (played by Ranbir Kapoor) realises his passion of becoming a photographer/journalist that enables him to trapeze his way around the world.

Eight years later, their paths cross again, and voila, after spending a few days in each other’s company, Bunny has an epiphany of the romantic kind. He does a complete U-turn, vows to mend his flirtatious ways, let go of his job as a globe-trotting travel show anchor and decides to settle into comfortable domesticity.

Now, look here, I’m no cynic. I’m a sucker for eternal romantic love and all its trappings, but to throw away everything you’ve worked for and dreamed about, for a girl you’ve spent about 12-15 days with (and that too spread over a period of eight years) seems a bit too implausible even to a romantic of my ilk.

To be fair, there were some fun moments in the film that brought back memories of my own travel experiences. However, these were not enough to sustain the movie as a whole. The brilliant music of the film is the saving grace even though there is no discernible link between the narrative and some of the songs. So weak was the storytelling – especially during the second half of the movie – that I found myself impatiently longing for the impending song breaks.

The feeble narrative left me unimpressed but the actors were a delight to watch and each of them has played his/her role to a tee. It was an absolute pleasure to watch the supremely talented Farooq Shaikh play Ranbir Kapoor’s father onscreen. Even though the screen time allotted to him is limited, Mr Shaikh manages to make an impact on the viewer. The emotive scenes between Ranbir Kapoor and Mr Shaikh pulled at my heartstrings and left me yearning for more. The siblings, Aditya Roy Kapoor and Kunal Roy Kapoor, are first-rate performers and I hope to see more of them in the future. Deepika and Kalki play roles that are diametrically opposite to each other; both have given remarkable performances. Ranbir Kapoor’s depiction of Bunny is flawless but actors of his calibre are wasted in movies like this one.

I get the fact that ‘entertainers’ like YJHD cater to a certain segment of viewers for whom cinema is a route of escapism but films can be intelligent, stimulating (on an intellectual or emotional level) and highly entertaining at the same time, can’t they?

Verdict: YJHD is as mindless as Ayan Mukherjee’s first film Wake up Sid was riveting. It has nothing new or extraordinary to offer. You won’t lose out on anything if you give it a miss.

Passionate about trekking and travelling, the writer has just moved to Belfast, UK. Her obsession with the Himalayas grows every passing year and she keeps going back for more.

Does Sonam Kapoor’s name change make her any less of a feminist?

To all the Wonder Mums out there, do not let society shame you for the choices you make

Dear men, a short skirt, bikini and even a naked female is not an invitation

Dear Aamir Khan, if India was an intolerant nation, you wouldn't be where you are