‘Who did your hair and makeup?’ The mockery that was our oath-taking coverage 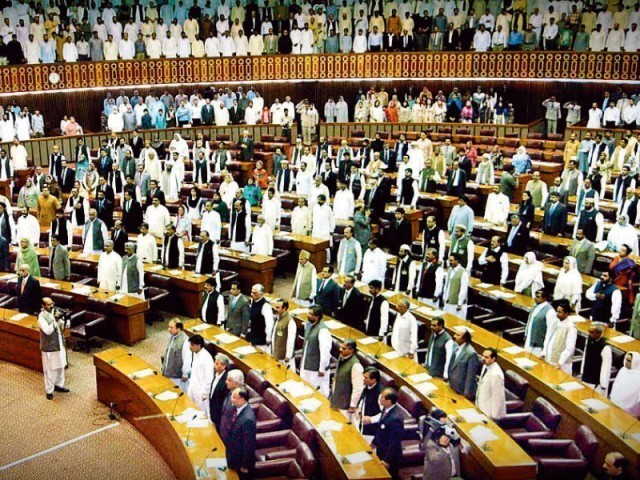 Oath-taking ceremonies are usually boring affairs. A bunch of men and women stand up for the national anthem, take the oath and then go home. This is not exactly amazing material for the media – especially television — which is why most outlets focus on more colourful stories.

Some of these stories make sense, such as quizzing the elected members on their knowledge of the workings of a parliamentary democracy, while others are just as outrageous as the returning officers’ questions, which the same media members were so very critical of.

The segments featuring male members of the various houses focused on their knowledge of topics such as points of order, privilege motions, when the national assembly was founded and so on. Some answers were of sound reasoning, while others made one wonder how these people were going to govern a country, when they could barely comprehend, let alone answer any of the questions.

Unfortunately, those serious segments were followed by fluff pieces focusing on female members, both directly elected and appointed. Instead of focusing on their knowledge of parliament, or how they would help improve the lot of the people of Pakistan, especially its women, the questions focused on their wardrobe. Nail polish, shoes, accessorising, colour blocking, brand names and what not.

For a moment, it seemed as if these were fashion reporters at work on a style channel, but it was actually ‘serious’ journalists on ‘serious’ news channels.

Questions to the tune of

“How long did it take you to get ready”

“Why are you wearing heels”

“Who designed your outfit”

The news desk in Islamabad has had over 20 years of politics-related education and not one of those young minds could comprehend how these questions are relevant to the ability of these women to govern!

Why, pray tell, were the questions not focused on acid crimes, marital rape, adultery, domestic violence, or more broadly, the law and order situation, or other issues they intend to prioritise as public representatives?

Granted, no news channels in Pakistan are serious, but this was ridiculous. What the people want to know is how effective these women will be at governing, not who did their hair and makeup.

Those questions are best left to models and actresses.