Zain Ghaffar: The lawyer who law could not save 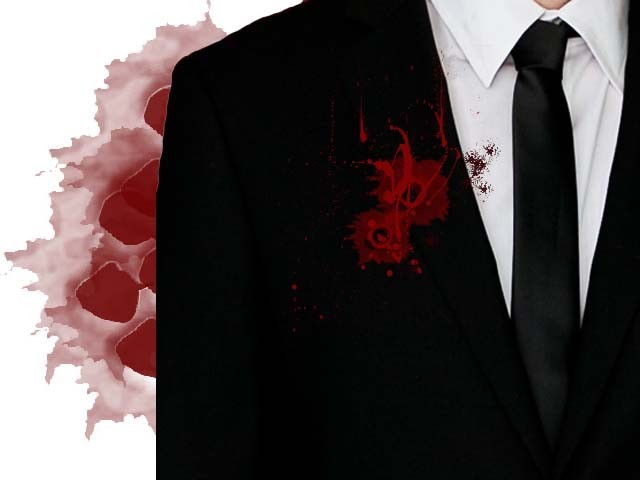 Zain wanted justice for his family member's murder and that was his only fault.

The sweltering heat on May 21, 2013, was nauseating. This is when my senior Mr Shahid Ikram Siddiqui asked me and another colleague to sit in the court where his case was to be heard after the judges’ tea break.

We entered the air-conditioned court room of the Lahore High Court and I took the seat on the extreme left corner, which would have a direct view of the counsels when proceedings would begin.

I began to go through the case papers which Mr Siddiqui was to present that day. I was deeply engrossed when my colleague brought to my notice that the opposing counsel had entered the room. He walked in with an associate who was smartly dressed in proper lawyer attire and was holding a bulky stack of papers. I went back to my reading.

The judges started the divisional bench court session and one case was called after another. The nayab qasid would make an announcement right outside the court room door like a vendor in a fish market. The proceedings in the court rolled one after another.

One of the judges seemed to be very to the point and blunt with his remarks. The next announcement got Mr Siddique and the opposing counsel on their feet. They scurried to the rostrum and took their positions. At this point I was on the end closer to the opposing counsels. The senior lawyer who was the original lawyer to the proceedings announced that their case would be represented by the young lad whose name I didn’t grasp at that point but the next day would scream out to the lawyer community. This lawyer was Zain Ghaffar.

Zain didn’t look nervous and had a calm expression on his face. He was facing one of the most competent and senior lawyers of Pakistan along with two very probing judges. Mr Siddique made his arguments which were crisp and very detailed. Zain started the rebuttal and his arguments flowed in with precision. His voice had the conviction and body language the confidence. It was a long proceeding where the judges didn’t pass any order and adjourned for next hearing. The proceedings made me witness a fine exchange of arguments. It was a match where both parties looked like winners.

The following day at work, I asked Mr Siddique about the status of the order the judges had passed. He had a melancholic expression on his face and said that Zain had been shot dead. Therefore, the judges had adjourned the passing of the order. He said he liked complimenting such talented youngsters and had decided to give him a pat the next time he saw him. The next time never came for Zain.

Zain Ghaffar was shot dead on his way to court by two unidentified persons. He was complainant to a case for his kin who was murdered six months ago over land worth tens of millions of rupees. Two out of the four culprits who were involved in his kin’s murder had escaped and were not arrested.

Zain wanted justice for his family member’s murder and that was his only fault. The Gujranwala police had informed him ten days before his murder that his life was under threat.  They were told that the culprits had left Gujranwala’s vicinity. Despite the police warning, no protection was provided to him.

Indeed the biggest protection of life is death itself but his death is a loss to the lawyer community.

His last facebook status update on May 19 is rather ironic and sad where he says:

(R.I.P. Zahra Hussain. We are ashamed. Your killer is a brute.)

To Zain, I would say:

A barrister by profession. She is currently working with Supreme Court Advocate Mr Shahid Ikram Siddique. She tweets @Lamia0071