The Diplomatic Enclave in Islamabad where Pakistani citizens are unwelcome 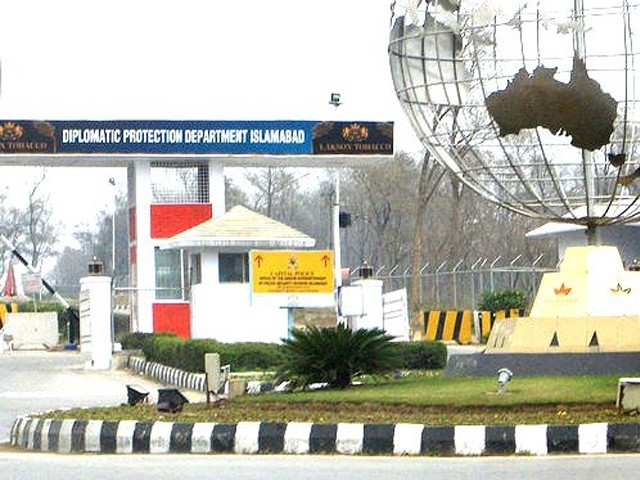 I understand the sensitivities of the area, but treating your own citizens as foreigners can be rather insulting.

Quite easily, one of the most embarrassing moments of my life was when a group of friends decided to have dinner and I was singled out at a checkpost on our way there.

The Diplomatic Enclave in Islamabad is a world of its own. All foreigners housed there are holed up behind the high walls of the enclave, bordered with barbed wires and cement barricades every five steps.

It is an area where an average Pakistani cannot enter without permission, invitation or even registration on a list through a foreign reference at the main gate.

So when my group of foreign journalist friends decided to go to one of the restaurants situated inside the enclave, everyone was allowed to enter except me because I was not a foreigner; like that was a bad thing!

Instead of trusting me more than the others, he questioned me on ‘how’ I knew them and what my agenda was?

I kept asking him why he would not let a citizen of the country, a resident of that city enter?

I started giving him explanations about how I belonged to a good family, worked for a reputed newspaper, other explanations — none of which worked. He just refused to listen.

I asked him whether the reason I could not enter had anything to do with me being a threat. He had no answer to this question, except he merely laughed and said,

“Madam it’s an order. No Pakistani can enter”.

One of the foreigners accompanying me recalled an incident where he and his friend had to hide their Pakistani friend in the back seat of the car to sneak him into the enclave — just to have dinner!

I understand the sensitivities of the area, but treating your own citizens as foreigners can be rather insulting.

Foreigners in Islamabad feel unsafe to eat outside the enclave and Pakistanis cannot enter without humiliation and interrogation.

So if you ask me, the next time there is a dinner plan, I will excuse myself from an embarrassing meal!

An Islamabad based reporter for the national pages of The Express Tribune.

The brown leopard that lost its majesty

In the land of the pure