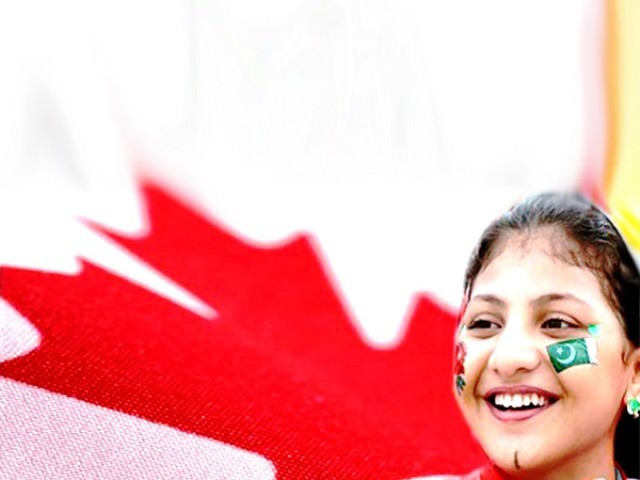 I childishly hope to return to my land when I am old; to a time of carefree abandon, to a place that will once again embrace me with open arms.

When it comes to matters of loyalty, immigrants are as highly favoured as that unwanted brownish layer stubbornly floating on a hot cup of tea. It seems as if patriots all over the world have established a ‘face-twitching association’ just to combat the sinister claws of immigrants. Rest assured, no in-depth research has gone into this statement. I say this mostly out of a huge sense of self-imposed guilt.

Living in America for a couple of years in the 90’s was a magical time. Disney land, Hollywood, The Rockies, Ice-cream sandwiches, free breakfast at school and double dutch was absolutely blissful for a ten-year-old. Yet when I returned to my home country, I never thought of moving back.

Many years down the lane, my university commenced. Prospects of education abroad hung in the air, leaving me teary-eyed with exasperation. The entire process was a long and dreary one.

Ultimately in the end I decided to take the easy road by making peace with my educational dilemma. I graduated and eagerly jumped the corporate wagon. It was not surprising to see my colleagues weighing their chances of post-grad studies, either for brighter job prospects or for an easy ticket out of the country.

I had turned twenty-four and talks of marriage were haunting me like a sociopath hunting down his next kill. Now the ‘IN’ thing these days was to marry an expatriate with a steady career, a good English accent, a six pack and limited family members (preferably zero).

Thankfully my parents and I unanimously agreed that moving away from family was too morose a thought. Hence the proposals tilted towards Pakistani settled families and I was rescued.

Now all the while, Pakistan was in dire straits. Ex-prime minister Benazir Bhutto was assassinated (December 2007). Her husband Zardari materialised from ashes and jumped into action like a wolf. Pervez Musharaf fled the scene. And we were left with nothing but appreciation for the little things in life.

For instance, whenever there was electricity, we would rejoice in a manner that would shame a baboon. On the other side, absence of it for long stretches led to an endless fit of cursing and cribbing. Numerous other reasons ransacked our minds. Running away from home did not seem like a bad idea anymore.

Around this time, Pakistanis had mastered the art of migrating; in such haste that it would even leave birds envious. Everyone was busy making plans to immigrate. With reasons a plenty their loyalty was as porous as cheese.

I must admit; it had become the latest menacing trend. Schemes for having babies abroad for instant immigration ensued.

I was the first to laugh it all off, but not long after, I too succumbed to the pressure. My immigration papers had been filed.

Three years since, I sit here comfortably in my new home, penning down thoughts of Pakistan; with a beautiful accompaniment of heavenly weather, peaceful surroundings and intoxicating freedom.

I feel grateful to be here in Canada, when I see the endless stretch of opportunities awaiting us. Back home I hear unrelenting news of political and economic decadence and I shamefully seek refuge in these hard facts, knowing that my family will be safe from these apparent hardships. Yet in a deep corner of my heart, guilt for abandoning my country still vexes me, like chafing from an ill-shaped shoe.

I find wavering solace in knowing that I have a colossal task ahead of me; moulding the crucial relationship between my children and Pakistan – a country they were never given the chance to grow up in. Presumably, all the precious memories their parents and grandparents hold on to firmly, will be as difficult for them to comprehend as perhaps rap music to a Mozart enthusiast.

I should not expect the impossible from my children yet my heart will be glad if they grow up to selflessly love their country; if their eyes swell up with tears every time they see their country folk in distress; if they cling on to determination like a worker bee set on a mission; then perhaps this layer of shame will begin to wither away.

I find tranquillity in knowing that every morsel of my children’s achievements will be accredited to their native land. This will be my way of giving back to a country that has given me so much more than I can ever repay.

In the meantime, I childishly hope to return to my land when I am old, to a time of carefree abandon, to a place that will once again embrace me with open arms.